The Goldwing had hardly landed her crew, before the Lily came up to the
wharf. Then came the Marian, whose party had not lost sight of the
schooner, though they had no suspicion that their late passengers had
any relations with the robbers. All the students were so much excited by
their curiosity to know more about the robbers, and about the doings of
Dory, that sailing and handling a steam-yacht were for the time lacking
in interest to them. The captains of the several craft had full powers,
and they could instruct and practise their crews as well in the river as
on the lake.

All the students, therefore, were soon collected on the wharf. As soon
as Dory showed himself on the deck of the La Motte, he was loudly and
enthusiastically cheered by his companions, who had learned enough about
his exploits to understand that he had captured about all the laurels
earned in connection with the robbery.

Not only the students had gathered on the wharf, but every person,
including the domestics, had rushed there as soon as it was known that
the schooner had arrived. Not a few people from the town swelled the
crowd. The prisoner who was bound to the rail, and Ripples with his arms
still tied behind him, were in sight of the spectators. There was
evidence enough that something had been done in the capture of these
fellows.

“Where is Dory?” almost screamed Mrs. Dornwood, as she saw Captain
Gildrock on the deck of the La Motte. “Is he hurt? Has he been shot, or
any thing?”

“He is here, and he is all right, Patty,” replied the principal.

“Then, let me see him, and be sure of it,” added the poor mother.

Dory was just then pointing out to the officers the manner in which the
machinist had secured the opening to the hold, and he was not in sight
of those on the wharf.

“Here, Dory!” called the principal. “Your mother wants to see you.”

Dory came to the waist, for he was devoted to his mother; and the only
thing that grieved him in connection with the events of the morning, was
the fact that she had been alarmed about him. He sprang lightly upon the
rail of the vessel; and the moment he showed himself again, there was a
fresh outburst of applause, in which the servants of the house and the
citizens of the town joined, though the students engineered the cheers.
Dory stood on the rail a moment, looking for his mother in the crowd.

“Here he is, Patty, with a wreath of laurels on his brow!” shouted the
captain, laughing. “I would rather have lost the money, and ten times as
much more, and let the robbers escape, than had him run the risk he has
incurred; but it can’t be helped now, Patty. He has had a revolver
snapped in his face, and has had a mortal struggle with the chief in an
open boat in a heavy sea, to say nothing of bagging nine wide-awake
ruffians at one haul of the net.”

But Dory had jumped down from the rail of the vessel, and his mother
clasped him in her arms as though he were not a great fellow of nearly
eighteen, and as though she had not seen him for ten years. The crowd
cheered again when the captain finished his little speech, which he got
off more as a pleasantry than as a serious matter; a sort of
acknowledgment, which had been wrung from him by circumstances beyond
his control.

Dory was like other boys, and he did not exactly like to be hugged by
his mother in the presence of so many people; but even the boys thought
it was quite natural and proper. In vain Dory protested that he had not
been hurt, and that it was not a very big thing to “shake down” such a
fellow as Mr. Michael Angelo Spickles: his mother kept on hugging him,
and the crowd kept on cheering him.

“But I must go on board, mother; for these fellows are all shut up in
the cabin still, and I know something about them,” protested the hero,
trying to break away from her. “Just as soon as the officers take them
away, I will tell you all about it.”

At last she permitted him to leave her, and he jumped upon the rail; but
his appearance, where he could be seen by all, was the signal for
another outbreak of applause.

“‘See, the conquering hero comes!'” exclaimed the principal, who was
also standing on the rail.

“You are cutting it altogether too fat, uncle Royal,” said Dory,
laughing; though he did not often address this style of remark to him.
“Where is Mr. Jepson?”

“He is assisting in opening the hatch,” replied the principal.

“I should like to inquire if he was not with me, for I have a very
distinct impression that he took an active part in all that was done.”

“See, the other conquering hero comes!” shouted Dory, as the machinist
came into the presence of the captain.

“What is the matter, Dory?” asked the instructor.

“They are making game of me all around, and I want you to help me out
with it.”

“I am entirely sincere in all I have said,” added Captain Gildrock. “You
deserve all the praise you have received, and all you are likely to
receive in the future, for your bravery and skill; though I wish you had
not exposed yourself.”

“But Mr. Jepson has been with me all the time, and I am not guilty of
any more bravery and skill than he is. I could not have done any thing
alone; and he did just as much as I did with his head and his hands, and
he deserves to be slobbered as much as I do.”

“Three cheers for the instructor in mechanics!” shouted a student who
had heard the conversation.

They were given with quite as much vim as those for Dory.

“But Dory was the leader of the enterprise, though I did the best I
could to support him,” added the machinist.

“You have done exceedingly well, both of you; but we will drop this
subject for the time, and open the cabin-doors,” said the principal, as
he led the way to the quarter-deck of the schooner.

It was an easy matter to remove the brace which secured the cabin-doors,
and to take out the strip of board which held the slide in its place. If
either Mack or Ripples had had a moment of liberty after he came on deck
from the cabin-window, he could have released his companions below.
After Dory’s talk with Chuck over the stern of the vessel, the party
below were quiet, evidently believing that the deck was in possession of
the two who had made their egress through the cabin-windows.

When the door was opened, Chuck, as the leader by succession, was the
first to step on the deck. He could not have helped hearing the tramp of
many feet on the planks over his head, but he had no positive knowledge
of what was going on. He seemed to be astonished at the fact that the
vessel was alongside a wharf, and he looked with amazement on the crowd
that had gathered near the La Motte.

“What sort of a circus is this?” demanded he, bewildered, as he looked
around him.

“But I don’t understand what all this means,” persisted the astonished
successor of Mr. Spickles. “Didn’t you tell me that you had knocked over
the two fellows on deck, and taken possession of the vessel?”

“No, I didn’t!” snapped Mack, who did not appear to be in an amiable
mood.

“That was a bit of strategy on the part of Dory,” interposed the
machinist.

“I told you that we had knocked over the two fellows, but they were the
two you sent on deck through the cabin-windows,” added Dory.

“There seems to be two classes of these men,” said Mr. Bushby. “A part
of them had no hand in the robbery, and were not in the vessel at the
time; but I don’t know them apart.”

“This is one of the robbers: he went to the shore with the two who
blowed up the safe, and helped them off,” added Dory. “The one who is
tied to the rail is the fellow that was in the office with Angy.”

The four companions of Ripples were the next to appear, and Dory
declared that they were not of the robbers; and he believed that they
knew nothing about the robbery, either before or after the crime was
committed. Sangfraw and Wickwood were the last to show themselves, and
they were still quite boozy with the beer they had drunk.

“These two were on board of the La Motte, and were the ship-keepers;
while the other three went ashore to commit the robbery,” continued
Dory.

“Then, I shall hold them; for they knew all about it, to say the least,”
said Mr. Bushby, as he and his associate slipped the handcuffs on their
wrists, as they had done with Chuck.

“Did Ripples know any thing about the robbery?” asked the principal of
the last two.

“Not a thing,” replied Sang promptly.

“I came here for the most honest frolic in the world,” protested
Ripples. 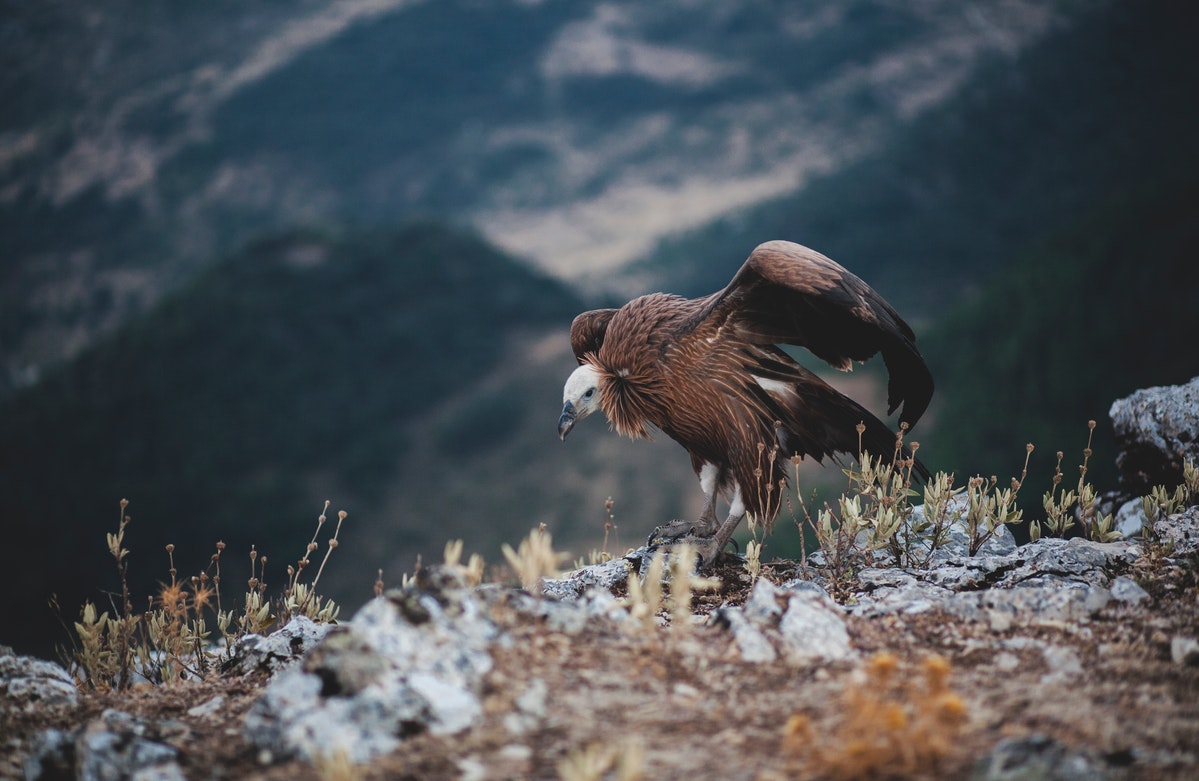 “You can take the strings off his arms if you like,” said Mr. Bushby. “I
have heard enough to satisfy me that five of them had nothing to do with
the robbery, and I shall not arrest them.”

“This will be a big lesson to me,” said Ripples, as Dory removed the
line from his arms.

The next thing was to search the vessel. Sang and Wick had weakened, and
were willing to tell all they knew about the ill-starred cruise of the
La Motte. With their assistance, a considerable sum of money was found
concealed under Angy’s berth, together with other articles which showed
that the party had been engaged in the robberies at Plattsburg. Before
noon the four guilty ones were shut up with Mr. Spickles in the lock-up.