Mr. Fred Ripples seemed to be very much surprised when he found himself
in the lake instead of on the deck of the La Motte. He had come out of
the cabin-window backwards, so that he could get hold of the taffrail
above his head, without turning his body. The instant he placed his hand
on the rail, Dory delivered the blow with his stick. He did not strike
hard enough to break his hand, but only with force sufficient to make
him let go.

As this hand, after he had passed out of the window far enough to reach
the rail, was all that supported him, he rested upon nothing the moment
he released his hold. When he went down into the water, he manifested
his surprise by a loud yell. As he appeared to be alarmed, Dory was
afraid he would be drowned, for the rough water was not favorable to the
restoration of one’s lost self-possession.

“Get hold of the boat!” shouted the skipper, when he realized the
situation.

Ripples had already seized upon the painter, which happened to be within
his reach; but, instead of moving towards the boat, he went the other
way, and, with the aid of the rope, set about climbing over the stern of
the schooner. But Dory could not watch him any longer; and he returned
to the tiller, for the vessel’s sails had begun to shake in the wind.

Mr. Jepson seemed to be busy in chopping away at the sticks which the
prisoners forward were still thrusting through the openings in the
coverings of the hatchway. The machinist thought he must have cut up
about all the wood they had provided below for use; but no decided
impression had been produced by their labors upon the substitute for the
hatches.

Ripples worked desperately in his attempt to climb over the stern, and
Dory saw his head above the taffrail. He procured a couple of lines, and
then went to the assistance of the fellow. Taking him by the collar of
the coat, which was within his reach, he dragged him over the rail of
the stern, and deposited his carcass upon the deck. The moment the
machinist saw him, he rushed aft. Dory put his foot on the enterprising
climber, and held him down while his associate secured his arms behind
him. Standing him up by the side of Mack, the instructor hurried
forward, to make sure that there was no break at the hatches.

The last comer upon the deck was so exhausted by his struggles in
climbing over the stern, that he puffed like a grampus, and was not in
condition to make any remarks upon the situation, even if he had been
disposed to do so. Having righted the helm, and secured it again, Dory
took a look over the stern. Another head was out of the window, and it
was evident that the rest of the party intended to come on deck in the
same manner as the first two. The skipper placed his stick where it
would be available.

There were seven more of them in the cabin and hold: but Dory felt that
he held the key to the situation as long as the covering of the hatchway
did not yield to the force applied to it below. He was perfectly willing
the party should come on deck one at a time over the stern. As no one
had attempted to use any revolvers, he concluded that they had none.

It was a difficult matter to make the ascent from the cabin-window to
the taffrail; and those who had done it, came up more or less exhausted,
which gave Dory and the machinist all the advantage. The vessel was
close in with the entrance of the bay, and it was necessary to tack
again. As soon as he had done so, he took another look over the stern.
There were two heads in sight this time. The operators had taken out the
other window, and evidently intended to come up two at a time.

“On deck, there!” shouted Chuck, when he heard Dory’s step on the deck
above him.

“What is it?” asked the skipper, stepping back, and putting his hand
over his mouth so as to change the tone of his voice.

“Haven’t you knocked those two fellows over yet?” demanded Chuck
impatiently; and it was evident from the question, that he expected
assistance from the deck by this time.

“All right: we have knocked them both over, and secured them,” answered
Dory, adding a fit of coughing to his muzzled voice; but he did not deem
it necessary to define more particularly the identity of the two fellows
who had been knocked over.

Chuck seemed to be satisfied with the answer, and immediately he called
to his companions in the hold; though Dory did not understand what he
said. The machinist had been strengthening his works at the hatches, by
piling on the boards over the opening, all the heavy articles he could
find on the deck. While he was thus engaged, all the party in the hold
left, doubtless at the call of Chuck, who appeared to have succeeded
Mack in the command.

The two prisoners on deck had been placed in the waist, and they were
too far off to hear what passed between Dory and Chuck. As soon as the
departure of the fellows in the hold would permit, Mr. Jepson hastened
aft. Dory gave him the helm, and went to the stern, though he was
careful not to show himself to the operators below.

At the stern of the vessel was a pair of davits, at which the tender was
usually hoisted up. A glance at them, and a knowledge of their use,
suggested the means of preventing the rest of the party below from
coming on deck.

“On deck! Why don’t you open the doors of the cabin so that we can come
out?” shouted Chuck, who had retreated to the cabin, considering it no
longer necessary to risk the necks of his followers in the difficult
ascent from the cabin through the window. “Why don’t you let us out?
Open the cabin-doors!”

“Then, take that stuff off the hatchway! We don’t want to stay down here
all day,” added Chuck, very much discontented with the situation, and
especially with the failure of his companions to do any thing.

“Only two of us here on deck. We have to work the vessel, and that is
all we can do,” added Dory, coughing again with all his might; while the
machinist stood at the tiller, laughing at the farce, as it seemed to
him.

“Open the doors, and let us up, and we will help you,” persisted Chuck.

“You keep quiet where you are! We will let you out as soon as we have
time to clear the stuff from the hatchway,” said Dory.

“We can’t keep quiet: the keg of beer is empty.–But we can tap
another,” answered Chuck; and the last remark seemed to indicate a
sudden new idea.

Dory was not willing to encourage him to drink any more beer; and he
left his place at the stern, to end the conversation. At this moment he
took a survey of the lake, and discovered the Sylph coming out of the
river. He had been expecting to see her for the last two hours, and her
appearance was a source of intense delight to him.

“Our troubles will soon be over,” said the skipper to the machinist, as
he pointed up the lake at the steam-yacht.

“Our troubles!” exclaimed Mr. Jepson. “Why, Dory, I had made up my mind
that you rather enjoyed this circus.”

“I am sure, I don’t enjoy it a bit more than you do, sir,” replied the
skipper, somewhat astonished at the remark.

“You certainly need not have engaged in this affair if you had not been
so disposed.”

“I think I speak the honest truth when I say that I believed these
villains would escape if I did not do something; and that was my only
motive in undertaking to capture them, or at least in watching to see
where they went,” replied Dory, as though he were defending himself from
a criminal charge. “Perhaps I did more than was necessary, but I could
not very well help doing it.”

“Two-thirds of the students would have considered it as a jolly time, if
they could have taken part in the affair. At any rate, we shall hand
over the whole of the crowd to the principal, and he can do as he
pleases with them.”

“He will put them through, you may be sure of that.”

Dory went forward to see if there was any further movement to remove the
cover from the hatchway. But he felt, now that the Sylph was in sight,
that the battle had been fought, and that the victory had been won. He
could not help thinking of what the instructor had said to him, and he
began to look back at the events of the morning. If he had returned to
Beech Hill with the carpenter, when he conducted Angy to the school,
Mack and Chuck would certainly have found the tender where he left it,
returned to the schooner, and made their escape. This was the way it
looked to him, and he was satisfied with what he had done.

“I should like to know what all this means,” said Ripples, as Dory
passed him in the waist on his return from the hatchway.

Dory looked at him, not being able to understand what he meant; for he
thought he ought to be able to comprehend his situation. But the fellow
looked as though he had a grievance.

“It means that you are bound with your arms behind you, and are made
fast to the rail. I should think you would be able to take that in,” he
replied.

“But for what reason am I bound? Are you and the other fellow
lake-pirates?” demanded Ripples. 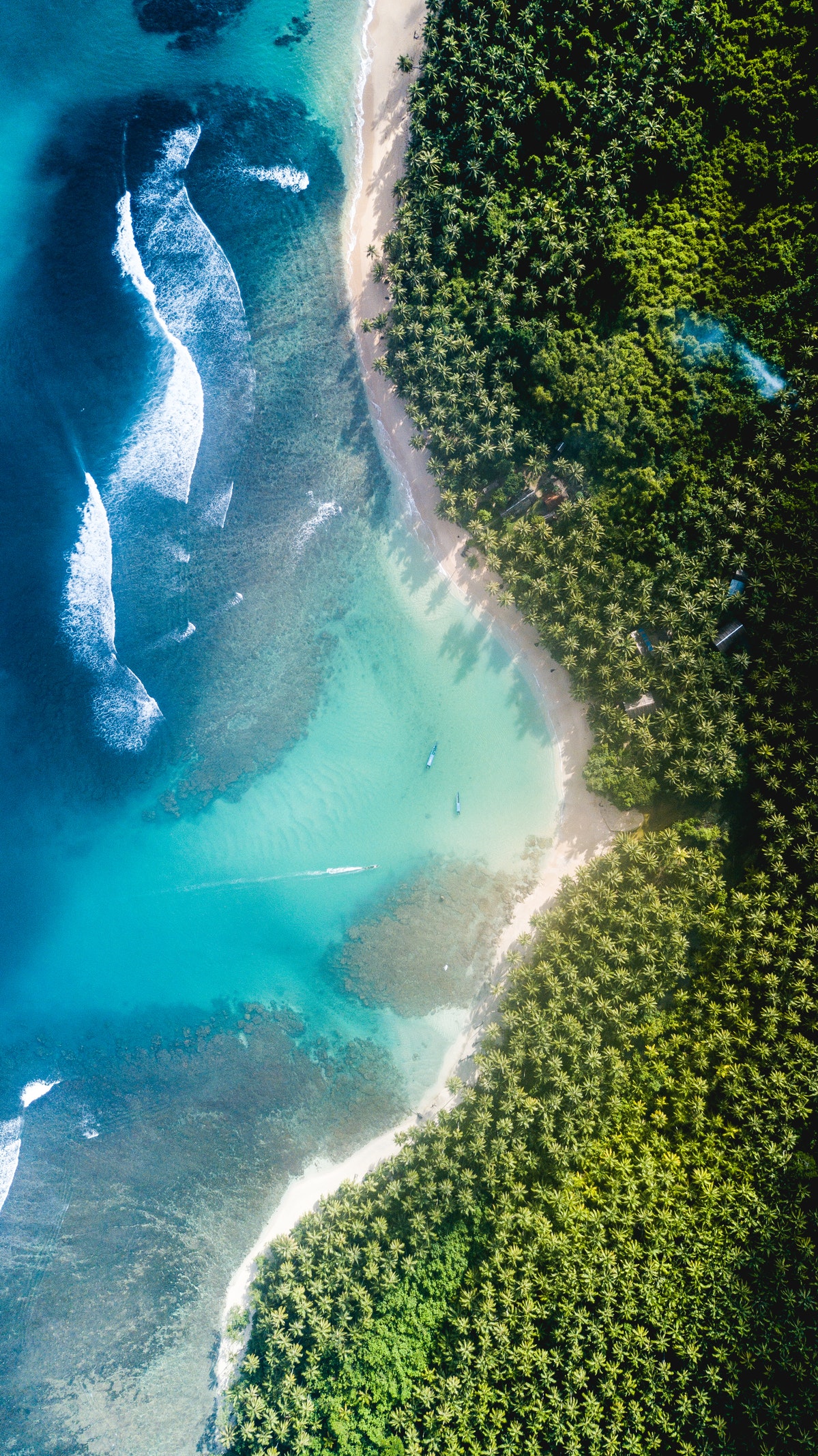 “I rather think not; and it seems to me that the boot is on the other
leg. Your party were engaged in a robbery, and you have all come to
grief,” added the skipper.

“The fellow alongside of you certainly was, as I shall be called upon to
testify in court. You were found in his company, and did your part in
defending the pirate-schooner,” replied Dory.