“Now we have got over the dictionary part of this business, and I don’t
think the rest of it will be quite so stupid,” said Thad Glovering to
his class in the Goldwing.

“Why don’t you hoist the jib, Thad?” asked Hop Cabright.

“Because we have sail enough without it,” replied Thad. “Ever since I
came to Beech Hill, I have been hearing about the danger of carrying too
much sail.”

“But that schooner is carrying her jib,” added Hop; and all eyes were
directed to the La Motte, though she was still a mile distant.

“I am not in charge of that schooner, and I have nothing to do with
her,” answered Thad. “There is another of the dangers of a young
skipper–that of doing as others do on the water. There is as much
difference in boats as there is in men. One man can carry three hundred
pounds on his back, while half that will break down another. A fellow
must look at his own craft to ascertain how much sail she ought to
carry. You needn’t try to pick up a barrel of flour, Hop, because
McGowen can do it.”

“Do you suppose Dory is sailing that schooner, Thad?” asked Ben Sinker.

“Perhaps he is. I have no means of knowing any thing at all about it,
but I don’t believe he is. There were five fellows on board of the
vessel when she was in the river yesterday, and I don’t believe he and
Mr. Jepson have whipped out the four of them that must have been left on
board of her.”

“There comes the Sylph!” exclaimed Archie.

“Let her come; but, if we are to give any attention to sailing, it is
time for us to make a beginning. You may take the wheel, Ash,” said
Thad, rising in his place to give him the seat on the weather-side of
the helm.

“But I never steered a boat with that kind of a wheel,” Ash objected.

“Then, it is time you learned about it,” added the skipper, resuming his
seat to explain the wheel. “You can all learn about it at the same time,
for each of you will have his trick at the wheel before we return.”

“That’s the talk! I want to steer,” added Archie.

“Then, you must mind what we are doing, and not give all your head to
the schooner and the Sylph; and, if there is any thing to see, I will
run up to the centre of the attraction.”

“We don’t have a circus with a lot of robbers every day in the week;
and, if there is any fun, a fellow wants to see it,” added Con Bunker.

“If there is any fun, you shall see it, though I am not to meddle with
that schooner. Now for the steering-gear. The best way to learn about it
is to see how it is constructed,” continued the skipper, as the Goldwing
passed from under the lee of the bank of the river, and began to be
exposed to the full force of the weather.

The sun had come out of the clouds, but the wind still blew strong from
the south-west. The sloop had two reefs in her mainsail, which was the
only sail she carried; but she had the wind free, and she did very well
under this short canvas. The waves were piling themselves up on the
point, and it still looked stormy in that direction; though the
commotion was trifling in comparison with what it had been two or three
hours before.

“Ugh!” yelled Archie, who was seated on the forward deck, with his legs
hanging over into the standing-room, as a wave broke against the bow,
and drenched him with spray. “It is damp here.”

“Come aft, then: of course it will be wet in the forward part of the
boat. Four of you on the weather-side, and two on the lee,” added the
skipper. “That will trim her about right for this sea.”

“I suppose the weather-side is the side from which the wind comes,” said
Archie, as he took his seat on that side of the boat.

“You are quite right, Archie; and a sailor who had been at sea fifty
years could not have hit it any better. If you remember that, it is not
necessary to recollect that the lee-side is that from which the wind
does not come. Weather and lee are important terms in a boat; and in
sailing, we use them instead of starboard and port.”

“Let me see: starboard is the right-hand side, isn’t it, Thad?” asked
Archie.

“That depends. But, Archie, you are green enough on nautical matters;
now don’t pretend to be any more so than you really are,” said Thad,
rather sharply.

“But I do get mixed on these things; and now you say it depends,”
pleaded Archie.

“It depends upon which way you are looking. With your face to the bow,
starboard is on the right.”

“Dry up, Archie! When you have learned the meaning of one of two
opposite things, that is enough,” interposed the skipper. “The principal
gave us the two French terms for starboard and port,–_tribord_ and
_babord_. _Tribord_ means the right-hand side, looking ahead. A fellow
don’t need a slate and pencil to figure up the meaning of _babord_. Now
we are going along all right, and we will look over the wheel. Can you
all see it?”

“I can,” replied Archie.

“The upper end of the rudder is the head of it. The tiller is set in the
rudder-head, and is simply a lever for turning the rudder. The bow of
the boat is called the head. If you put the helm–that is, the
tiller–to starboard, what will be the effect upon the head, Archie?”

“It will turn the head,” replied Archie thoughtfully.

“Turn it upside down, or turn it like a lunatic’s! Which way will it
turn the head when you put the tiller to starboard?” demanded Thad.

“It won’t turn it upside down: it will turn it to one side,” added
Archie seriously.

“I should say that it would; but it is rather necessary to know to which
side it would turn it.”

“It would carry the head of the boat the opposite way, I should think.”

“But you must know. Which is the opposite way?”

“One thing at a time, if you please. Put the helm to starboard, and it
carries the head to port: that’s enough. If you try to remember any
thing more, Archie, you will forget the whole. As I said before, the
terms weather and port are also used.”

“What is the use of those terms when we have starboard and port?” asked
Con.

“No conundrums of that sort. We take things as we find them, and we are
not inventing a system. We speak of a weather and a lee helm. As you may
see by the position of the wheel, this boat carries a weather-helm; and
it only means that the trim of the craft inclines her to stick her head
up into the wind, and we have to carry the helm a little to the
weather-side in order to make her go straight ahead. If I should let go
the wheel, the boat would come to.”

“Come to means to come up into the wind, or turn her head in the
direction from which the breeze comes. If she carried a lee-helm, she
would turn the other way, if left to herself; and in that case she would
be likely to upset, or have the mast taken out of her if it were blowing
fresh. It is a good thing, therefore, to have a boat carry a
weather-helm, within reasonable limits; and a lee-helm is a very bad
trick in any craft.”

“But suppose the boat has a lee-helm: you can’t help yourself,” said Syl
Peckman.

“Yes, you can. Shifting the ballast will sometimes correct it, by
bringing her down more by the head or stern, as the case may require.
Possibly the position of the mast in a sloop may have to be changed.
There are two other terms that apply to the helm.”

“More of them!” exclaimed Archie. “A fellow can never remember them.”

“Why not, as well as the different names of a vehicle? The other terms
are up and down, and these depend upon the position of the boat in
regard to the wind. When you put the tiller away from the wind, it is
down. We have the wind on the port-side now. If we put the tiller to
starboard, it is down. Never mind what will happen, Archie, if we put it
to port. We shall have more to say about down and up farther along, when
we are dealing with the sails.”

“Why not tell us now, while we are on the subject?” asked Con.

“Because you will not understand it so well now as you will then. But
there is another matter that may be told now. From which side do we get
the wind just now, Ben?”

“From the port-side. Give me something harder,” replied he.

“I will: on what tack are we sailing?” asked the skipper sharply.

“I shall have to give it up: I never could get the hang of these tacks,”
pleaded Con.

“I never could,” added Hop.

“I think I can tell why you did not get the hang of the tacks,”
continued Thad. “It was because the meaning of the position was given to
you in a lot of sea-slang, which you did not take in. I will tell you
when a vessel is on the starboard tack: it is when the main-boom is out
over the port-quarter, and the port jib-sheets are trimmed down. Now you
know!”

“My definition is not beyond your comprehension; but you are not used to
thinking in that sort of lingo, though you could take in the meaning of
it if you gave the time and thought to it. Ben said just now that we are
getting the wind from the starboard-side. Do you all understand that?”
asked Thad very forcibly.

“Of course we do,” answered Archie.

“Then, if we have the wind on the port-side, we are on the port-tack,”
almost shouted the skipper.

“Is that all?” demanded Con. “I understand that perfectly.”

“Then, we won’t say another word about it, if you all understand it.”

“Of course we all understand it,” said several of them.

“If you insist upon being a little more pickled in speaking it, you can
say she has her starboard-tacks aboard; though that expression more
properly applies to a square-rigged vessel.”

“Starboard-tacks aboard,” repeated about every one of the class. 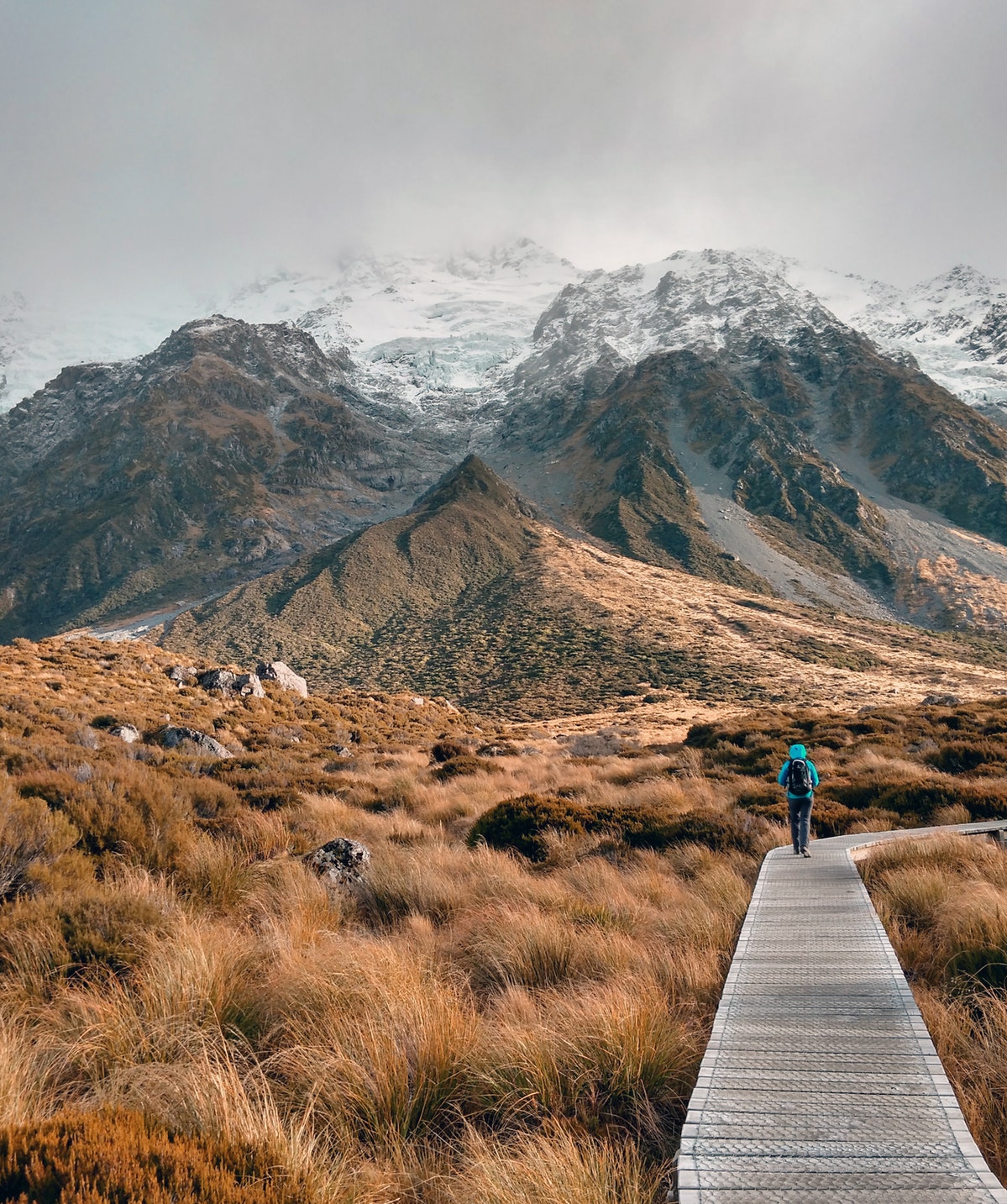 “Then, you don’t remember what the principal told you in his lecture
last fall. In a ship, the ropes at the clews of the lower square-sails,
the courses, change their names,” said Thad, picking up the boat-hook.
“Call this the yard of a ship. It would be at this angle as we have the
wind;” and he placed it at an angle with the keel, with the windward end
farther forward than the lee. “The rope at the weather-clew, or corner
of the sail, is the tack, and the one at the lee-clew is the sheet. Now,
suppose the ship to come about, and go the other way;” and he changed
the position of the boat-hook. “Then the weather-side would be on the
port, instead of the starboard; and what was the sheet before, becomes
the tack; and the ship has her port-tacks aboard.”

“The Sylph is hailing the schooner,” said Ash Burton.

“She is getting out a boat,” added Thad. “She wouldn’t do that if
something was not going on. As we can study this lesson just as well in
the river, we will go and see what is up.”

The skipper put the Goldwing about.