Ripples and his four companions were glad to find they were not involved
in the disaster which had overtaken the other half of the Nautifelers
Club. When the crowd on the wharf dispersed, they remained; for their
plans for the immediate future had been sadly deranged. But they were at
liberty to go where they pleased.

After they had discussed their situation for a while, they went into the
boat-house, hoping to find Captain Gildrock there. But no one was there.
It was so near dinner-time that the boats did not go out again that
forenoon. The La Motte, deserted by everybody, lay at the wharf; and
they went on board of her. But the principal soon appeared, and invited
them to dine with the students, which they thought was very kind of him.

After dinner he went to the wharf with them again. They had put their
bags and valises on board of her; and so far, they had been unable to
make up their minds what to do. The principal went into the cabin of the
schooner with them. On the table was mounted a cask of beer, which the
party had opened when they were prevented from coming on deck.

“When a lot of young men fasten themselves to a beer-keg, it is not at
all difficult to tell what will become of them,” said the principal, as
he seated himself on the locker in front of the berths. “It is to them
just what whiskey is to older men, and the whiskey, in this country, is
pretty sure to follow the beer.”

“I never thought there was any great harm in beer,” replied Ripples.

“I should say that it helped your friend Spickles into the lock-up. Of
course, he had some bad tendencies; but they were stimulated by his
beer. I may be wrong, but I do not believe he would have made so short a
career of evil without the help of beer.”

“Let’s throw it overboard, fellows,” suggested Ripples to his
companions.

“All right!” shouted several of them, impressed by the lesson which the
principal drew from the fate of Spickles.

A couple of them hastened on deck with the half empty beer-keg, and
threw its contents into the lake. The others searched for more of the
article; and they found two kegs of it in the hold, which followed the
first lot.

“No more beer for me!” exclaimed Ripples.

Two of the others said the same thing, and two said nothing; but all of
them seemed to be satisfied that beer was a dangerous luxury for young
men. The principal enlarged a little on the subject. He said that men,
old as well as young, were sometimes led so near the abyss of crime as
to be saved, even when they were hanging over it. They went far enough
to see into it, and the sight reformed them. He thought the five before
him ought to take warning from the fate of their companions; and they
had apparently accepted the warning.

“You came up to the lake to spend your vacation, I understand,”
continued Captain Gildrock.

“Yes, sir: that is what we came for. It seems now that Angy had planned
a series of robberies, from which he was to obtain the funds to carry on
the excursion for a couple of months; but we knew nothing about that. We
are all sons of men of standing in New York, and I begin to think we
were to furnish the respectability for the crowd.”

“Very likely,” added the principal with a smile. “If Spickles had
reached the schooner without being discovered, he would have been at
Ticonderoga this morning before you left; that is, if the violent storm
had not upset his calculations. He would have taken your party on board;
and with the proceeds of the burglaries, amounting to several thousand
dollars, he would have been able to run the schooner all summer.”

“I had no suspicion that he was such a fellow,” added Ripples, shaking
his head. “But I confess that I am greatly disappointed at the failure
of the excursion, though I have no doubt it is the best thing in the
world for us.”

“So far as the excursion that was planned in New York is concerned, it
is certainly a godsend to you that it failed; and even if half of your
club had not come to grief, the result would have been the same. A month
or two in company of such fellows as the burglars, guzzling beer, would
have taken you a long way down towards a life of dissipation and evil.”

“I begin to think so myself. I suppose my father will read about this
affair in the newspapers; and I am sure it will make him shake,”
continued Ripples. “I will write to him as soon as I get a chance, and
tell him all about it.”

“If you will give me his address, I will give him my impressions of the
matter,” said Captain Gildrock.

“Thank you, sir: you are very kind, and I should be glad to have you
tell him that his son has not been guilty of any crime. But I suppose we
might as well go home: our fun here is spoiled,” replied Ripples.

“The proposed excursion, as you understood it, was certainly an innocent
one. For what time had Spickles chartered this vessel?” asked the
principal.

“For two months; and paid down for one month.”

“As you are a part of the party, it seems to me that the schooner
belongs to you for the time it was engaged; and there is nothing to
prevent you from making the excursion around the lake, and remaining
upon it as long as you please,” suggested the captain.

“There is only one thing in the way of doing that: we have no skipper,
and we are not competent to handle the vessel. Angy was the only one of
us who knew how to handle a schooner, though Mack and Chuck knew
something about the business,” replied Ripples.

“If you will remain in the vicinity of Beaver River, I will furnish a
person to instruct you in managing the vessel. You are welcome to remain
as long as you please at the school,” added the principal.

Ripples and his companions thanked the captain for this privilege, and
manifested a good deal of interest in the affairs of Beech Hill. By this
time the students had gathered in the schoolroom to attend to the
lecture which had been suspended, and the guests of the institution were
invited to be present.

“I have fully explained to you all that it is possible to have you
comprehend in regard to a ship, or any square-rigged vessel, without
actual practice,” the principal began, as he took his place on the
platform. “As I said this morning, I prefer to tell you what you want to
know.”

As soon as the words were out of his mouth, at least a dozen hands were
raised; and it was plain that the students were primed with questions in
regard to nautical matters, and wanted their information from competent
authority.

“What is sailing on a bowline? I found it in a book the other day,”
asked Bark Duxbury, when the principal nodded to him.

“You pronounce it as though it were two words. Say bo-lin,” replied the
principal, as he went to the blackboard, and drew one side of a topsail,
showing the leech.

“The main to’ bowline is what I want to know about,” added Bark.

“You have been trying to put yourself into the pickle,” added the
principal with a smile, as he noticed the manner in which he clipped out
the p. “This is the leech of the main-topsail, we will suppose, though
it will answer just as well for any other sail. These are the bridles,”
he added, as he drew three lines of unequal length from the leech at the
lower part.

Then starting a line from above the upper one, he carried it so as to
touch the outer end of each of the short ones, and continued it in a
curve for some distance from the leech.

“The long line is the bowline, and the short ones are the bridles. The
bowline leads to the foremast, and through a block down to the deck. All
the square-sails may be provided with bowlines, which lead forward,
either to a mast or to a stay. They are used only on the windward-side
of the ship.”

“They are used only when the ship is close-hauled; and by them the leech
of the sail is hauled forward so as to catch all the wind there is,”
replied the principal.

“A vessel is close-hauled when she is sailing as nearly as she can to
windward, as when she is beating,” answered Ash.

“Precisely so; and a vessel is sailing on a bowline when she is as close
to the wind as she can get. On a taut bowline is the same thing.”

“Is it proper to use that expression about a boat, the Goldwing or the
Lily?” asked Bark.

“It might pass if you wished to be extra salt, though it is hardly
applicable. In fact, bowlines are but little used nowadays.”

“What is scudding under bare poles?” asked Sam Spottwood.

“It is a literal expression, and means sailing without any sail set. In
a heavy gale, a very heavy one, when a ship can carry no sail, she
sometimes scuds before the wind.”

“What is wearing?” inquired Archie Pinkler.

“Do you know what tacking means?”

“Yes, sir: it is changing from one tack to another.” 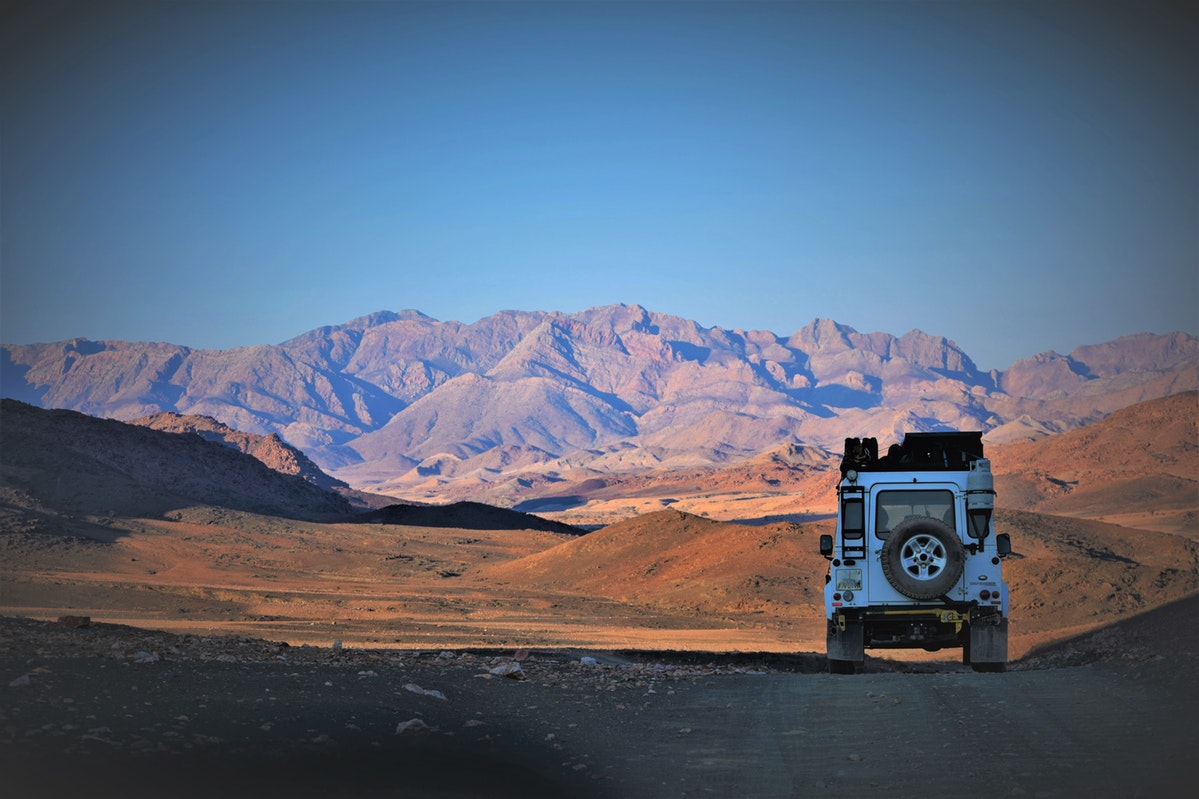 “To the other, for there are only two tacks in this sense. But which way
do you come about?”

“Stick her head right up into the wind,” answered Archie, using an
expression he had learned that morning.

“Right, my boy: you are quite a sailor. Sometimes the head of the vessel
will not come about: it may be on account of a current, or a want of
head-sail. In that case, she has to wear around the other way, with the
wind, instead of against it. Box-hauling, in a square-rigged vessel, is
wearing by backing the head-sails, those on the foremast.”

The students continued to ask questions of this kind till the clock
struck two, and then they were dismissed to sail the boats.