We must now change the scene to a fine estate in the interior of New
York State, near one of the beautiful lakes which give such a charm to
the surrounding landscape.

The estate was a large one, laid out in the English style, with a fine
mansion centrally located and elegantly furnished. Surely the owner of
this fine domain was worthy of envy, and ought to have been happy.

Let us enter the breakfast room and make acquaintance with him.

There he sits in an easy-chair, a white-haired, shrunken old man, his
face deeply lined, and wearing a weary expression as if the world
afforded him little satisfaction.

It was the same old man whom we last saw in the circus at Crampton. He
had gone home with his nephew at once, having become weary of travel.
It was wise, perhaps; for he was old, and to the old rest is welcome.

His nephew sat near by with a daily paper in his hand, from which he
appeared to have been reading to his uncle.

“That will do, Hugo,” said the old man. “I—I don’t find any interest
in the paper this morning.”

“How are you feeling, uncle—as well as usual?”

“Well in health—that is, as well as I can expect to feel, but my life
is empty. I have nothing to live for.”

“Why don’t you die then?” thought the nephew, but he did not express
his thought. On the contrary, he said, “Surely, uncle, you have much to
live for. You are rich, honored.”

“But I have no one to love me, Hugo,” said the old man, plaintively,
“no one of my own blood. My son is dead, and his son—do you know,
Hugo,” he continued in a different voice, “I cannot get out of my mind
that boy we saw in the circus?”

Hugo shrugged his shoulder, but did not venture to express the
annoyance he felt.

“O’Connor!” replied his uncle, in surprise. “You told me his name was
Oliver Brown.”

“Did I?” said Hugo, flushing. “Oh, well, I had forgotten. The name
didn’t impress me. I thought he was an Irish boy.”

“You said he was born in Montreal, and that his parents lived there
now.”

“Oh, well, no doubt you are right, uncle: you know I didn’t take as
much interest in him as you—”

“True, Hugo; but surely you could detect the wonderful resemblance to
my son Julian.”

“I can’t say I did, uncle; but probably we looked at him with different
eyes.”

“That was natural. How much do you think they pay him in the circus,
Hugo?”

“Really, uncle, I haven’t the slightest idea. I never knew any circus
people. Four or five dollars a week, perhaps.”

“I have been thinking, Hugo, I should like to have that boy live with
me.”

“Why not? He may not be akin to me; but he looks like my dead son, and
for that resemblance I could come to love him. It would be a great
comfort to me to see him every day, and have him come in and out. He
might read to me, and so relieve you of some of your duties, Hugo.”

“But I have never asked to be relieved of them, uncle,” said Hugo,
bashfully.

“I know that, Hugo, but he would be company for us both. I want you
to go and bring him back with you. You can find out how much they pay
him at the circus, and offer him more to come here. I will give him a
chance to study, engage masters for him, and—”

“Make him your heir, I suppose,” said Hugo to himself, with a dark
frown, which his uncle did not see; “not if I am able to prevent it.
My uncle must think I am a fool to bring into the house so dangerous
a rival. After waiting so many weary years for Chestnutwood, does he
think I am going to let it drift into the hands of an unknown boy
simply because he looks like my cousin Julian?”

These thoughts passed through the mind of Hugo Richmond, but it is
needless to say that he did not give utterance to them, or to anything
like them. His course was not to oppose strongly any whim of his uncle,
but to seemingly assent, and then oppose it secretly, while the old man
thought him to be promoting it.

Nevertheless Hugo was very much annoyed at the present caprice of his
uncle, as he chose to style it.

“I wish I had never gone into that circus,” he reflected, with
annoyance. “Till then my uncle’s mind was at rest, and he didn’t
trouble himself with the thought that Julian’s son might still be
alive. Now the mischief has been done, and the sight of that boy has
upset him and endangered my prospects. Who would have thought that such
a chance visit would have led to such results? Well, well, it is going
to give me some trouble, but I am master of the situation, and my uncle
shall never again set eyes on that boy if I can prevent it.”

Hugo took his hat and went out to look after some laborers who were at
work in the rear of the lawn, when his attention was drawn to a rather
shabby-looking figure approaching the house.

Hugo stopped short, till the stranger should come up. He intended to
warn him off the grounds, as an intruder.

“Look here, my man,” he said, with an air of authority, “are you aware
that these are private grounds?”

“I suppose they are,” said the intruder, smiling.

Hugo was surprised to see that he showed no confusion or timidity, but
stood his ground boldly. The fellow’s unconcern nettled him.

“Then, if you suppose they are,” he said, sharply, “you must know
that you are trespassing. You can have no business here, and the best
course, if you wish to avoid trouble, is to turn about and gain the
highway as speedily as possible.”

Hugo fancied that this would be sufficient to put the intruder to
flight, but he was mistaken.

“Who told you I had no business here?” he asked.

“Don’t be impertinent! A man like you can have no business here unless
you wish to obtain a position as laborer, and we have no vacancy of
that kind.”

The intruder held out his hands and said, quietly: “Do them look like
the hands of a laborer?”

Hugo glanced at them. They were as white and unsoiled by any of the
outward evidences of manual labor as his own. Yet the man was shabbily
dressed, and looked poor. Be that as it might, he had never been
accustomed to labor with his hands.

“No,” answered Hugo, “but that isn’t in your favor. However, I have no
further time to waste with you. Leave these grounds at once.”

“Not until I have had some further conversation with you, Mr. Hugo
Richmond,” said the visitor, regarding Hugo fixedly.

“Who are you?” demanded Hugo, abruptly. “You know my name, it seems.
Have I ever known you?”

“What is your name?”

“I aver that you are he,” said Hugo, after a brief glance of scrutiny,
“though I should hardly have known you. I am glad you are come. I was
wishing particularly to see you.”

Fitzgerald looked surprised. He had fancied that he would be an
unwelcome, perhaps a dreaded apparition, yet here was the man who he
had thought would be disturbed at his appearance actually expressing
his pleasure at meeting him.

“Then I am glad I came,” he said. “I thought perhaps you would be sorry
to see me.”

“So I should have been a week since. Now something has occurred which
makes a meeting between us desirable.”

“Is your uncle dead?” asked the visitor, with eager interest.

“No, he is still living,” returned Hugo, with a half unconscious sigh
of regret. “Walk with me to yonder summer-house. I must have some
serious conversation with you.”

Fitzgerald followed, wondering considerably what Hugo had to say
to him, and the two sat down in a summer-house or rustic arbor at
some distance from the house, where there were not likely to be any
listeners to their speech.

When they were seated Hugo asked abruptly, “What did you do with
Julian’s boy?”

Fitzgerald started in some surprise, and perhaps embarrassment, and
answered, “You know very well, Mr. Hugo. He died of scarlet fever.”

“So you reported, and I was quite ready to accept the report without
inquiring into particulars. Now I have reason to doubt your statement.”

“Oh, well, he may have died of something else,” said Fitzgerald,
shrugging his shoulders. “As long as he died, I suppose it didn’t
matter to you what was the nature of his disease?”

“Not if he were really dead.”

“Yes, I do; moreover, I am quite convinced that it is false.”

“Then you had better keep it to yourself,” suggested Fitzgerald with
a cunning smile, “since the boy, if alive, would be his grandfather’s
heir.”

“But suppose his grandfather suspects he is living?”

“That would alter matters. But why should he suspect?”

“Fitzgerald, do you know where this boy is?” asked Hugo, searchingly.

“I don’t even know that he is living. If you do you know more than I do
about him.”

“You know, at least, that he did not die at the time you reported his
death.”

“Well, I don’t mind confessing as much as that.”

“_You played me false!_” said Hugo, with angry bitterness.

“Suppose I did?” retorted Fitzgerald, defiantly. “That’s better than to
kill an innocent boy, isn’t it?”

“Hush!” exclaimed Hugo, in alarm. “Don’t use such words. They might be
overheard.”

“How do you know the boy is alive?” asked Fitzgerald, after a pause.

“I saw him myself within a week.”

“What name does he bear?”

“Are you sure it is Julian’s son?”

“As sure as I need be. He is the perfect image of my cousin at his age.”

“The boy has no suspicion of his origin, I suppose?”

“Then why need you be troubled?”

“Because my uncle was with me, and he, too, noticed the extraordinary
resemblance of the boy-rider to his son. Ever since he has been
restless, and now he insists upon my seeking out the boy, and bringing
him here to live with him.”

“That would make a dark lookout for you, Mr. Hugo,” he said.

“Of course it would. Besides, if the boy knew anything of his past
history, my uncle would be readily convinced that it was really his
grandson, and I would be set aside as the heir to Chestnutwood.”

“Now tell me, Fitzgerald, how does it happen that the boy has been
trained up to such a career?”

“I can’t tell positively. I gave a tramp a sum of money to take charge
of him and carry him about, passing him off as his own son. I suppose
the man died and the boy fell in with some circus people, who saw that
they could make use of him.”

“That seems plausible enough,” said Hugo, thoughtfully. “At any rate
our concern is not with the past, but with the future. I suppose you
are not exactly prosperous?”

Fitzgerald drew a purse from his pocket, and extracted a twenty-five
cent coin. 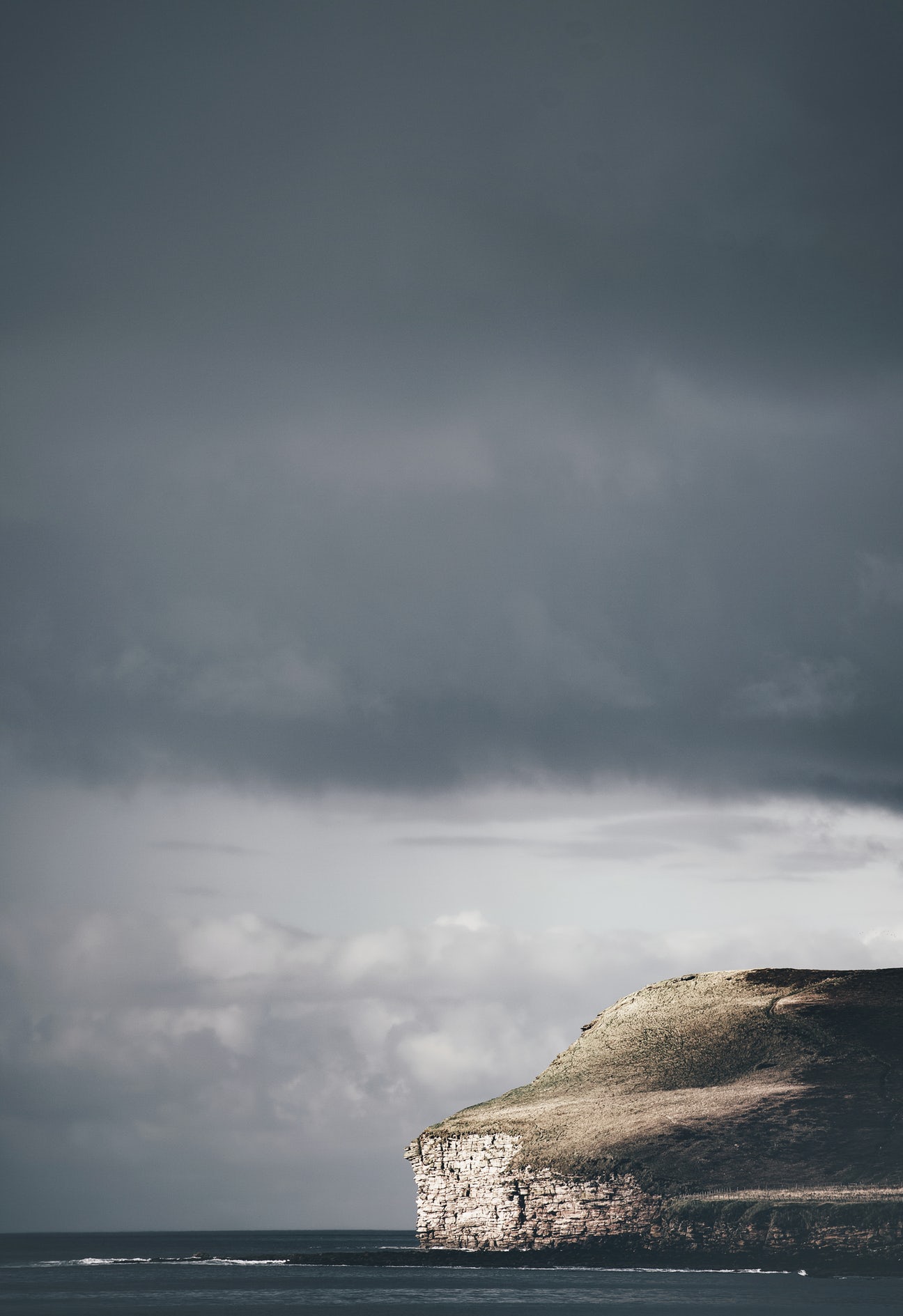 “That is all the money I have,” he answered.

“Do you feel like going into my employment again?”

“Then we will see if between us we cannot stave off this danger which
threatens my prospects.”

There was a lengthened conference, into the particulars of which
we need not enter, stating only that Robert was the subject of it.
Fitzgerald left Chestnutwood that same evening, plentifully supplied
with money.