A month later North’s circus had come as far on its Eastern trip as
Syracuse. Robert Rudd was still with it, and again was employed in
his old business of riding. The young rider regularly employed was
sick, and feeling that his ankle had become strong enough, Robert had
volunteered to take his place.

It so happened that Fitzgerald found himself in Syracuse at this
time. Fortune had smiled upon him. He had carried the fifty dollars
he received from Hugo Richmond to the gaming-table, and contrary to
the usual fortune in such cases had won steadily till he had a fund of
ten times the amount. Ordinarily he would have kept on, but now he had
a definite object in view, and this was to revenge himself upon his
faithless employer.

“Why was I such a fool as to harm the boy?” he had asked himself more
than once. “The cunning villain schemed to get me into his power, and
he has done so. I do not dare to expose him, because in so doing I
should risk my own life. Why did I not send him out of the country
merely, and then claim the reward?”

But the past could not be recalled, and though Fitzgerald heartily
wished the boy alive, he always thought of him as lying dead at the
bottom of a well in a far Western State. His busy brain was trying
to contrive some plan of revenge, when he chanced to see a poster of
North’s circus. Robert’s name was not on the bill, as he was only a
substitute, not the regular rider.

The performance had commenced when Fitzgerald entered.

He looked on with languid indifference till the time came for Robert to
enter the ring.

When Fitzgerald saw the boy, whom he supposed to be dead, riding in
the ring, he was as much startled as if he had seen some one arise
from the dead. Could he be deceived? No. There could be no such close
resemblances between two boys as between the rider and Robert Rudd.

“Yes, it is he!” decided Fitzgerald, and his heart was filled with
gladness. As we know, the gladness had a selfish source, but he was
certainly overjoyed to think that the boy was alive and well.

Robert went through his usual act with his usual grace, and never
suspected that his would-be murderer was looking on.

When the performance was over, Fitzgerald lingered near the tents till
he saw Robert come out. It was rather embarrassing to disclose himself
to the boy, who had so nearly fallen a victim to his violence, but it
must be done.

“Robert! Robert Rudd!” he said, touching the boy on the arm.

Robert turned, and his face became stern when he saw at his side the
man who had tried to murder him.

“You villain!” he said. “How have you the face to show yourself to me?”

“Because,” answered Fitzgerald, “I am prepared to make atonement for
the injury I did you. No one can be more delighted to see you than I.”

“How can I trust you after what has passed?” asked Robert,
suspiciously.

“Don’t trust me till I show myself worthy of trust. I am prepared to do
more for you than any man living.”

“Suppose that I tell you who you are, that I restore you to your
relatives, that I secure for you the inheritance of a large estate,
would you consider that I am making atonement for my offence?”

“Can you do this?” asked Robert, eagerly.

“I can,” answered Fitzgerald.

“What are your terms, for I suppose that you do not work for nothing?”

“I stipulate nothing. When I have succeeded and you come to your own I
will trust to your generosity. If that seems strange to you, I don’t
mind telling you that I have a selfish motive. I wish to revenge myself
upon the man who occupies your place, and whom you will disinherit.”

“Will you give me fuller information?” asked Robert. “Will you let me
know who I am and how I came to lose my home?”

“Yes; I am prepared to tell you all. Come to the hotel where I am
staying, and after you have heard me we will concert together plans for
reinstating you.”

Hugo Richmond was in good spirits. All seemed working in his favor. He
had got rid of Robert, the rightful heir, and escaped paying Fitzgerald
the money he had agreed to pay him. Now his uncle, whose feeble hold on
life had so long kept him from the coveted inheritance, seemed getting
weaker and weaker every day. He was not positively sick, but he was
sad and despondent; his appetite had failed, and he was more thin and
shadowy than ever.

The wicked nephew could hardly conceal his exultation as he looked on
the feeble old man, and calculated how few weeks he probably had to
live.

“Yes,” he said to himself, “Chestnutwood will soon be mine. And
then—then I will take care to be repaid for the slavery of the last
eight years.”

Old Mr. Richmond could not read the nephew’s heart, nor did he suspect
his baseness. He thought him sincerely devoted to his interests.

“A gentleman to see you, sir,” announced the servant, interrupting one
of Hugo’s day dreams.

“I don’t know, sir; but I think he has been here before.”

When Hugo entered the drawing-room and saw Fitzgerald, he stopped short
with a frown.

“Yes, I am here,” answered the other proudly.

“You might as well have stayed away. If you think you can levy any
black-mail you are mistaken.”

“I expect nothing of the kind.”

“Not from you,” answered Fitzgerald, eying him steadily.

“No, though I have no doubt you would be very glad to give me a large
sum.”

“You are quite mistaken. I suspect you are drunk.”

“That is where you are mistaken.”

“What is your object in coming, then? Is this a friendly call?” asked
Hugo, with an evident sneer.

“Well, perhaps it may be so considered; I came to give you a friendly
warning.”

“I really can’t conceive how I can need any warning from you. What is
your warning?”

“I warn you to leave the country as soon as it is in your power.”

“Thank you for nothing,” he said; “why should I leave the country?”

“Because you will otherwise be charged with instigating the murder of
your cousin, known as Robert Rudd.”

“Humph! No one will credit it. Besides, you will have to admit that you
killed him.”

“You are mistaken again. He is not dead.”

“Not dead?” echoed Hugo, turning pale and sinking into a seat.

“No, he is as much alive as you or I, but I am prepared to swear that
you hired me to kill him.”

“I feel less a villain than if I had compassed the boy’s death.”

Hugo reflected a moment. A gulf seemed to open before him, and just
as his uncle was nearing death all his schemes seemed in danger of
failure. This must be prevented at all hazards.

“Fitzgerald!” he said, in an altered tone, “this thing can yet be
arranged. You have gained an advantage over me, I grant, and I am
prepared to make it worth your while to keep this thing hushed up. What
are your terms?”

“Why should I name terms when you have once treacherously gone back on
your word?”

“No! Let him live, but never let him suspect who he is.”

“And for this you will give me—how much?”

“It is a good sum, but your uncle’s property amounts to a quarter of a
million, at least.”

“Nothing like it,” answered Hugo, hurriedly. “Besides, he is likely to
leave a large part to charitable institutions.”

“Not if you can prevent it,” thought Fitzgerald.

“What, then, do you require?” asked Hugo, desperately.

“I require you to leave the country, and acknowledge Robert Rudd as
your cousin.”

“What are you going to do?” asked Hugo, anxiously.

“To leave you to your fate! Within a few hours you will be arrested on
a charge of complicity in an attempted murder.”

“Stay!” exclaimed Hugo, now thoroughly alarmed. “How far has this gone?
Surely you have not revealed anything to Robert Rudd?

“Yes, to a lawyer, who is possessed of all the evidence in the case,
and is prepared to communicate all to your uncle!”

“Is this true?” asked Hugo, pale with dismay.

“You can believe it or not. I have only this to say, that you had
better go with me to the hotel where your cousin and his lawyer are now
staying, and assure yourself whether we are in earnest.”

“Suppose I grant your demands and acknowledge the boy?”

“Then you will be suffered to go where you please unharmed.”

Hugo accompanied Fitzgerald to the hotel, had a private interview with
the lawyer, and decided that opposition was useless. He took care,
however, to feather his own nest by appropriating a large amount of
government bonds belonging to his uncle, which, in addition to his
pickings and stealings for eight years past, provided him with a
competency. The theft could not be proved, for he alone had the charge
of his uncle’s affairs. With his ill-gotten gains he sailed for Europe,
where he is now residing.

The joy of Cornelius Richmond when his grandson was restored to him can
be imagined. It seemed to bring him back from the grave and restore
his strength. A tutor was at once engaged to remedy Robert Rudd’s—now
Robert Richmond’s—defective education, and money was actually lavished
upon him by his doting grandfather. But Robert stood the test of
prosperity as he had stood the test of adversity. He remained the same
frank, manly, self-respecting boy, and was not drawn into squandering
his money in policy or dissipation. But he delighted to help those of
his former associates who were unfortunate and needed assistance—for
instance, a trapeze performer, who having fractured a leg by a fall
from the trapeze, was left in want with a wife and four young children
dependent upon his exertions. For months Robert allowed him $10 a week,
and was heartily glad that his grandfather’s liberality allowed him
also to be liberal.

Our hero rejoiced the heart of his old friend Anak by the gift of
a handsome gold watch, and he also remembered others who had been
kind to him. He has sent an invitation to Sidney Grey to visit him
at Chestnutwood, and has requested Squire Grey to transfer the $200
entrusted to him to his son. He had intended to offer a home to Charlie
Davis, his associate rider, but Charlie had already attracted the
attention of a gentleman, who had offered to adopt him at the close of
the present season. My readers may be interested to know that Master
Charlie is this very summer travelling with a circus through the New
England States and Canada. Having lamed his foot, he, too, is engaged
for the time being in selling prize packages and candy, but will
probably retire from professional life in October. Hundreds of the
boys who read this story will probably see him at some time during the
season. 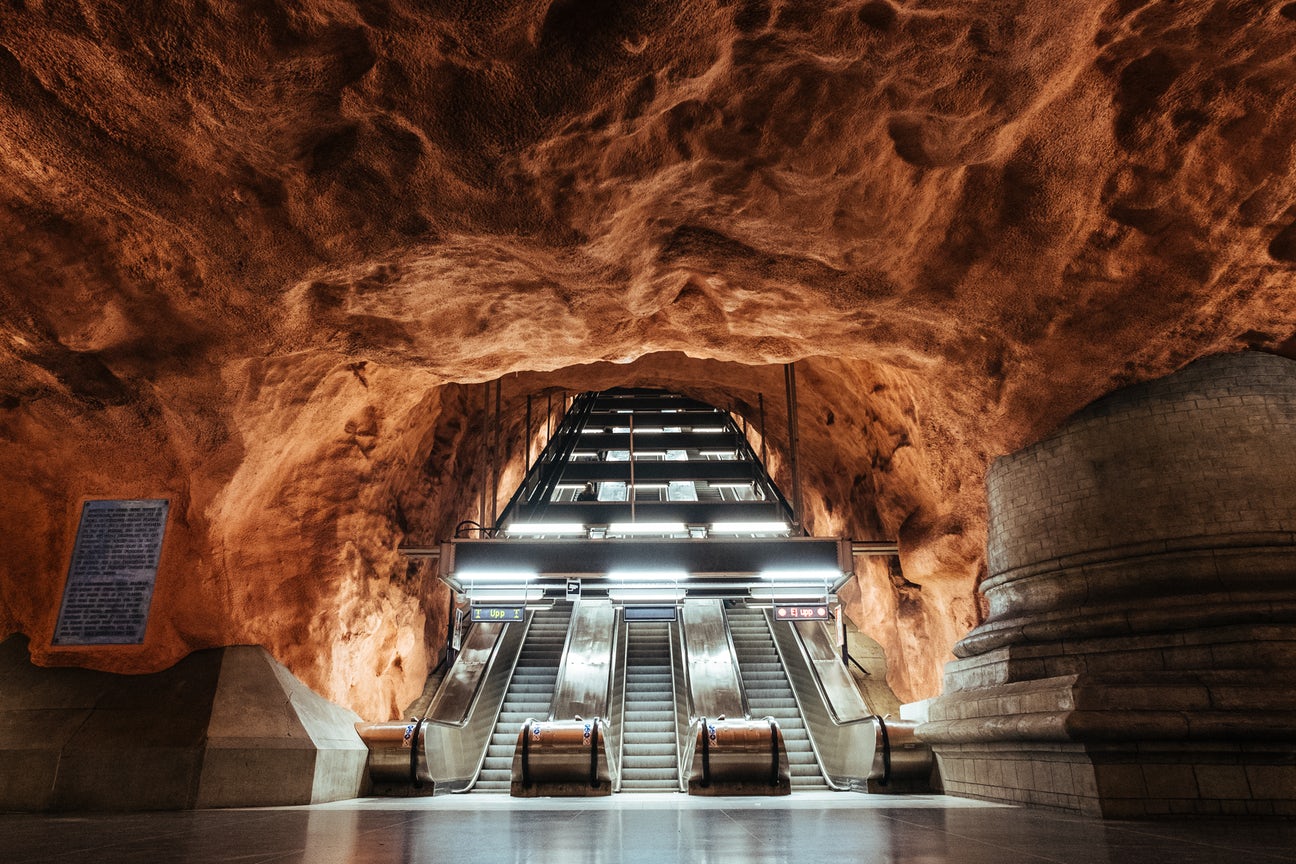 Robert is busily employed in remedying the deficiencies in his
education, and is already entrusted with a large part of the business
connected with the management of his grandfather’s property. From the
latter has been concealed Hugo’s wicked attempt to make away with
Robert, as it would shock the old man and affect him injuriously. But
he seldom inquires for his nephew, to whom he was never much attached.
He is quite content with the company of his grandson. There are few
who know that Robert Richmond, the heir of Chestnut wood, was once