The 91st Oscar Award was announced on February 25th, Beijing time. The best film is the Green Book.

“To read the value orientation behind this Oscar, the Green Book is a very important password,” said Wesley Morris, author of The New York Times.

The film is based on a true story: Don Sheley, a well-known American black pianist in the 1960s and 1970s who was called Dr. Shelley, hired a club in New York to tour the southern United States where racial discrimination was serious. The experienced “security”, Italian-American white Tony Lipp, as a driver and bodyguard, made a lot of quarrels and jokes in the process of driving south, but they shared difficulties when they needed each other most. At the end of the trip, the two also overcome the prejudice of the unenlightened era.

The Green Book is not only a road movie to and from New York and Alabama, but also a film that is distinctive and enjoyable because of the combination of chronological and comedy elements. It can comfort the current ethnic problems. Troubled Americans.

Black pianist and white old cannon
The white driver Tony is a “old cannon” in a New York club. He believes that “the violence is violent” and he knows how to favor the powerful customers. He is full of racial discrimination against black people. For example, at the beginning of the film, Tony throws away the glass cups used by two black workers in his home. When Tony himself applied for an interview, Tang proposed that the driver should do some “boykeeper” work ( Tony clothes and shoes), Tony said dissatisfied, and said, “You can let the Chinese who come to the door to give you a driver.” Until Don proposed to pay a large amount of compensation, Tony agreed to be a driver. .

When the road is over, the gaps and contradictions between the two are more constant. Tang can’t get used to Tony’s words and deeds. He doesn’t have a “cold” on the music played on Tony’s car. He doesn’t like Tony to play poker with other drivers on the ground. He was very annoyed at Tony’s “hands-on” to take away a piece of jade that fell to the ground, asking Tony to either pay for it or take the initiative to go back. Tony will subconsciously hold his wallet when parking midway “convenient.”

Despite not trusting each other, Don shared his confusion with Tony who didn’t understand music. Don wants to be a musician who plays his own music, but he laments that he eventually fell into a black “entertainer” for whites, and lamented that he could not balance the music business with his family. Tang also taught Tony how to write a love letter that moved his wife.

After a trip to the “deep south” (south of the US Highway 66, a country with serious racial discrimination), Tony was gradually convinced by Tang’s talent and demeanor, and his impression of blacks also changed. Even an uneducated person understands that the white people’s offense against Tang is not a personal insult to him, but a practice of the country and a policy of racial discrimination. So, why are those educated whites who can turn a blind eye to all this?

There is no milestone in the friendship between the two men, Don and Tony, but they are just along the way, so that they can breed emotions beyond race.

The lonely, fragile and sensitive heart of Tang was gradually melted by Tony’s warm heart, sincerity and inaction. Tang Xiang Tony admits his identity crisis – a semi-black and white alien, white is respectful, but the isolation of his skin color will still cause him to be discriminated against; blacks do not regard him as his compatriot Tang does not eat black food, does not listen to black pop music, and is elegant and elegant, and is incompatible with most of the underlying blacks. Tony even sincerely advised Tang to contact the alienated brothers. He said that the most lonely person in the world took the first step.

At the end of the film, Tony, who was driving exhausted by Tang, was sent back to his door. Tony blurted out and asked Tang to go home to eat Christmas Eve dinner. Tang hesitated for a moment and refused. In the end, Tang went from the luxurious and luxurious mansion to the hot and lively Tony’s house, and joined the joy of celebrating the New Year.

The film “Green Book” presents the “dark side” of the United States 40 or 50 years ago. At that time, in Arkansas, a white man drove a black man and was seen by the pedestrians on the same road. The blacks were not allowed to try clothes at the suit shop or eat at the restaurant where the whites ate, and the blacks were not allowed to use the indoor toilet. Go to the specific log cabin for outdoor use. In Mississippi, white police officers deliberately look for black passengers. In Tennessee, black homosexuality is going to be caught in the police station.

As a famous pianist, Tang Benlai can enjoy performances in big cities such as New York and live happily in his mansion. Why do you have to endure these? Even Tony can’t help but question it. A performance agent in Tang told him: “Dr. Shelley” was the first black man to play in this white-built performance venue. He is a musical genius and a brave man. He has the courage to go. Change people’s minds.

Black travel guide
The film title “Green Book”, taken from the 1930s to the 60s, is a real travel guide for blacks. In 1962, the White Supreme Movement once again set off a small climax in the United States. The black postal service Victor Hugo Green wrote a booklet called “Green Book”. “Green” is taken from Green and contains “green symbolic smoothness.” “The metaphor.” In the booklet, Green marks hotels and restaurants in all cities that allow blacks to enter. 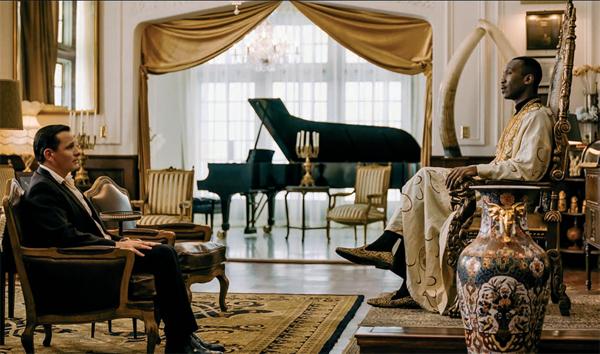 The popularity of this Green Book is also closely related to the economic situation of the American middle class. The highway network in the United States is basically perfect, and the popularity of cars in almost every American family, coupled with the implementation of the paid vacation system, has led to an increasing number of African-American middle-class families driving long distances.

Today’s seemingly absurd travel guides reflect true apartheid. When black people were traveling, they could not enter the hotel and enter the restaurant to eat. This is also mentioned by Martin Luther King in his famous “I Have a Dream” speech. It was not until the promulgation of the Civil Rights Act of 1964 that the death knell of the apartheid system was ringed, ending the issuance of the Green Paper.

In one of the versions of the Green Book preface, Green wrote: “In the near future, this set of books will not be published. All Americans belong to the same race, and everyone has equal rights and the same Opportunity. By the time the book is discontinued, our good days will come, because it means we can go wherever we want to go without having to suffer from discrimination or discrimination.”

The film “Green Book”, the theme of this cross-racial friendship, is easily reminiscent of another movie “Missing Miss Daisy”. The latter tells the black driver Hawk to drive the white Dai Dai who walked into his later years. When I was a child, I grew up in a poor place. The rise of my husband’s business made her family live a prosperous life, so Dai Dai was very frugal. Now that she is old, she can’t drive herself, and her son invites her to the driver. The two were initially mutually exclusive and gradually became friends of mutual trust.

Compared with the warmth of “Driving Miss Daisy”, the plot of the film “Green Book” is more dramatic. There are many such movies in Hollywood, such as the 1958 film Rebel, and the theme is anti-racism.

Still split era
Some people think that the theme of the “Green Book” is “political correctness” and “American main theme” in the eyes of the Golden Globe judges. However, aside from these “correct” factors, director Peter Farrery used excellent lens scheduling to bring the wonderful performances starring Mahesh Ali and Viggo Mortensen under the lens. .

Actor Ali will be able to pinch the arrogant, discerning and gentleman’s enthusiasm. Even if you compare Dr. Shiley’s real TV interview, you will find that Ali’s tone of voice in the film, his elegant manners, frowning at everything he doesn’t like, and blaming it mercilessly, are like Dr. Shelley himself. .

For today’s new generation of Americans, the struggle and tears of racial equality still exist.

Mortensen, on the other hand, puts the bottom of the rough man Tony’s funny, sincere and kind side, unobtrusive. His “popular” image is in the midst of the details of “snap a whole piece of pizza in his mouth.” In fact, the American actor Da Kadrini, who plays Tony’s Italian wife Dolores, also contributed excellent acting, even though she only appeared at the beginning and end of the film, as well as in the middle of the love letter. 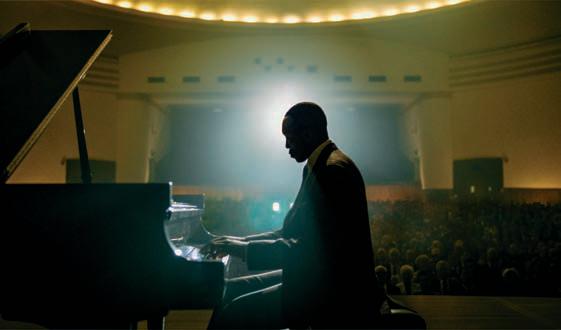 There are also some cases where the film is criticized. The US VOX News website pointed out that Tony’s transition from an extreme racist who throws away the water used by blacks to a black musician friend seems a bit sudden. In addition, the film hopes that the friendship between the two people will cure the racist scars of the United States for hundreds of years. The idea is obviously too “holly” and unrealistic. Moreover, Tony, as an Italian-American, has experienced a lot of racist discrimination, but the film is not a bit of ink.

At the same time, the historical importance of the aforementioned Guide to the Green Paper does not match the insignificant ink in the film. In fact, the “Green Book” was very popular in the United States in the 1960s and 1970s. It covers the “Complete Life Handbook” for blacks from restaurants, hotels, repair shops, and nightclubs, not only in the “Deep South” area south of Route 66, but also in other regions. It is a pity that the importance of the Green Book in the film has been significantly weakened.

In fact, Tony’s son Nick Ville Oujia is the main screenwriter of the film. The film only chose the narrative of Tony, and did not refer to (or respect) the narrative of Don. Tang’s family was interviewed after the film was broadcast and expressed considerable dissatisfaction with the film.

In any case, the real impact of the film on the hearts of the people is a set of relaxed and witty narrative patterns that reproduce the serious ethnic problems of American society in the early 1960s. For today’s new generation of Americans, the struggle and tears of racial equality still exist, but as director Peter Farreri said at the Golden Globe Awards:

“The story of “Green Book” gave me hope, I hope to share it with you. Because today we still live in a divided era. This film is dedicated to each of us. What we must do is to talk, not Because we treat others differently because of differences, we must seek common ground while reserving differences. We actually have a lot in common. We all want the same things: love, happiness, and equal treatment.”