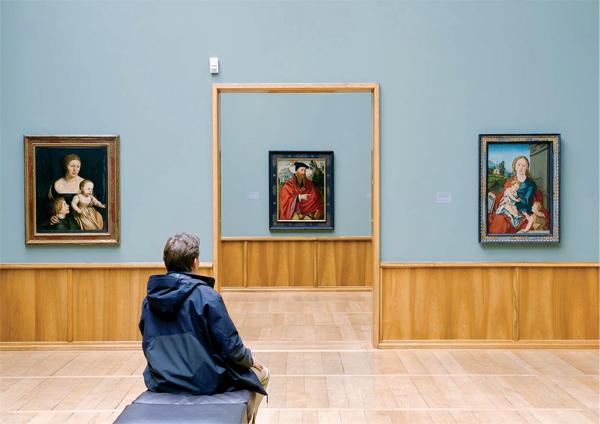 Boating on the romantic Lake Lucerne, picking up a clean place; swaying through the rolling peaks of the Alps, marveling at the charm of nature; in the warm wood cottage, bread with thick cheeses… In the impression, this is Switzerland.

In addition to being famous for its timepieces, Switzerland has always been a destination outside the city with its unique natural environment and protection of the original ecology. It has always been a “people we still don’t know” that visitors from all over the world want to stop. However, the level of humanity in Switzerland is not inferior.

In the small land under the Alps, the number of art galleries and museums has reached more than 500. Together, they show the world the gorgeous moments in history and the thousands of projections in the world.

City of Arts on the Rhine
Basel, Switzerland’s “Cultural Capital”, is situated on the border of the most beautiful wine country of Alsace in the northeast corner of France and the famous Black Forest mountains in southwestern Germany. The Rhine River flows down the Alps and passes through the city from the city of Basel.

Art history is the history of urban development in Basel. There are more than 40 art galleries and museums, showing the remains of ancient Roman civilization, medieval streets, and beautiful classical architecture, theatres and mills. The annual art fair is seen as a barometer of the contemporary art market and attracts collectors from all over the world.

Kunstmuseum Basel is one of the most famous art galleries in Europe and the first art museum in Europe to be open to the public. It was included in the “Swiss National and Regional List of Important Cultural Property”.

The museum has the largest and most influential collection of art in Switzerland. The new pavilion was built in 2016 and is generally used for occasional special exhibitions; the old pavilion is used to display some fixed collections. The architectural styles of the two pavilions are the same – the large-scale extension of the blue-gray wall, without any extra decorations, exudes a sense of surreal reality, yet simple and powerful.

The old museum has many collections of the Renaissance painter Hans Holbein and works by other Renaissance artists, including Conrad Witz (Northern Renaissance painter) and Martin Songal (Germany’s second half of the 15th century) The work of the most famous copperplate painter and oil painter. In addition, Picasso, George Braque and other cubist art classics, German expressionism, abstract expressionism and American art works from 1950 onwards, the old museum also has collections.

The audience of the pavilion is very wide, from babbling children to white-haired mottled old people are loyal audiences. The local elderly especially like to go to visit. Others sat down and gave birth to famous paintings under the guidance of professionals.

Infinite dimension in private space
In the suburbs of Basel, there is the Beyeler Foundation Museum, Switzerland’s best world-class private collection museum, and a modern and contemporary art museum in Europe.

The sign of the Beyeler Museum is not obvious. If it is not the poster reminder of the window, I can hardly believe that the large garden surrounded by green trees and hillsides is in the famous Beyer Museum in Switzerland. The founders of the museum are Ernst and Hildi Beyer. The pavilion was described by the New York Times as “a small art gallery like a jewel.”

The Beyeler Museum’s collection ranges from late impressionism, classical modernism to modern and contemporary, and tribal art in Africa and Oceania, with Cézanne, Monet, Matisse, Giacometti, Picasso, etc. The works of famous masters of the series.

Shortly after its establishment, the Beyeler Museum was attributed to the “First Alliance” of the World Art Museum, and magazines have commented that, to a certain extent, the popularity of the Beyeler Museum is due to the success of the building. The entire pavilion is housed in an English park designed by Renzo Piano, a well-known Italian architect who designed the Centre Pompidou in Paris.

The whole building, at first glance, looks like an ordinary big box lying between the forest and the fields, but this is actually the “integration of nature and architecture” to the extreme. The museum is integrated into the cultural landscape, allowing the audience to see the park, the old trees, the water lily pond, and the beautiful scenery of the Black Forest mountains and vineyards. The details of the pavilion are also commendable. Its glass sunshade looks ordinary, but thin as a flap; the frameless glass of the elevator door, no equipment and pipeline at all.

But in fact, the key to Beyeler’s success is to value the personal sensory experience of visitors in the art and nature. The space of the entire exhibition hall is clean and clear, and the light in the outdoor room is completely open, showing the beauty of the art, just like being in a natural greenhouse, letting you stop for your tasting. It combines nature, art and architecture in a unique and harmonious way, and it is really the people who have seen it.

The founder Beyeler had a clear vision of the museum, hoping it was an open, dynamic museum that evokes the audience’s love of art and a museum that promotes cultural education and interpersonal relationships. Today’s Beyeler Foundation Museum has done it. 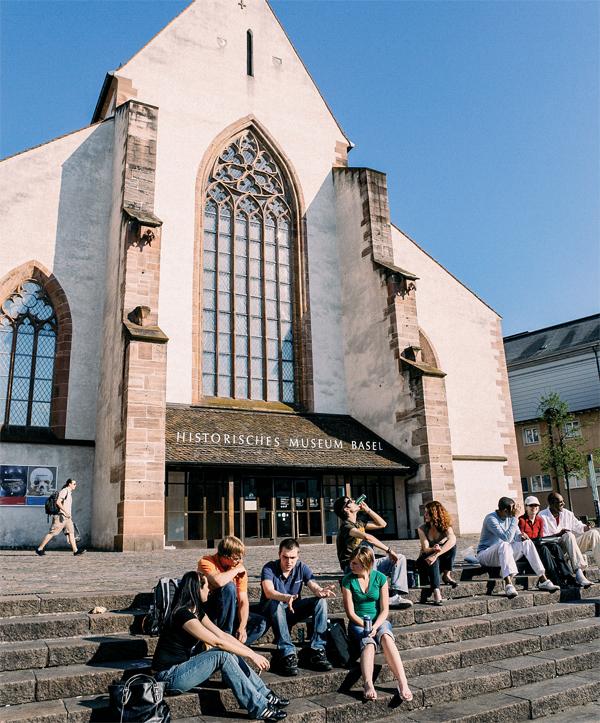 People sitting in front of the Basel Historical Museum

Music and poetry coexist
The Zentrum Pual Klee is a landmark in the Swiss capital of Bern. It is built on a gentle slope on the outskirts of the suburbs, facing the Alps and not far from the place where Klee rests.

Among the famous artists in Switzerland, Paul Klee is enough to give the Swiss the most sincere respect. He is known as the most poetic master of the 20th century. Forms, lines, and color blocks are combined in his pen, sometimes with childish innocent imaginations, and sometimes the sounds of the music are leaping out, and the changing art language is dazzling.

The Paul Klee Center is an art gallery that has also built itself into a sculpture. It was also designed by the Italian architect Renzo Piano. The idea is to capture the “spirit of the sculptor” and to achieve harmony with the surrounding environment. Its shape looks like three hills, which preserves the beauty and openness of the mountains. This is in harmony with Klee’s style – inner calm. Looking at the distance, there are three wave-like buildings on the empty lawn, just like a mountain, and fully integrate yourself into the environment.

Paul Klee is enough to give the Swiss the most sincere respect. He is known as the most poetic master of the 20th century.

The center houses the world’s richest Klee works (about 4,000 oil paintings, accounting for 40% of Paul Klee’s work). The pavilion is located underground and the vulnerability of Inkley’s work must be preserved in the dark. When you step down the ladder, you will first come to some of the rooms in the “Exhibition” and finally arrive at the Research and Learning Center for Klee and his works.

The center regularly rotates his work according to different themes. The latest theme is “Paul Klee: Human Animal Instinct”, which will last until March 2019.

Unexpected art house
The Kunsthaus Zurich, hidden in the old town, is often overlooked by tourists, but it is a very precious art museum that can give unexpected artistic enjoyment. From here, you can get a glimpse of the Swiss attitude towards the past, present and future of art.

At the gate of the museum, it is Rodin’s famous sculpture, the Gate of Hell. The collection is very powerful. In the rich Swiss art collection, there is the mural of symbolism master Hodler, and there are nearly 200 pieces of Giacometti’s sculptures (occupying the whole floor).

The pavilion never lacks people to watch the exhibition. Whether you look at the excitement or the doorway, you can have a glimpse of the charm of art, the continuation of life, the change of history, the complex thinking and emotions of human beings. They are all vented through art. Art is here and passed down to immortality.

A museum or an art gallery is the epitome of a city. Switzerland, a cultural sanctuary on the Rhine, has nurtured a thousand years of civilization in an inclusive manner. The Swiss, through the dynamic architectural style, carved picture frame and static window display, perform the transformation and transformation of the millennium in the museum, condense the history of the millennium civilization in the spotlight, condense in the hope of the future, and condense in people. The deepest memory.

The world is an unbounded treasure map, and the existence of museums and art galleries cherishes every glimpse of the past and the present.