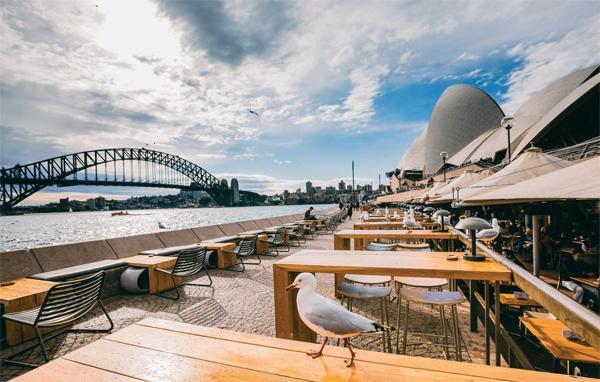 The seagull is a group of ugly bad guys.

The world-famous Sydney Opera House is situated in the embrace of Sydney Harbour. I clearly remember that when I first started learning to read and write, I once read a picture book that introduced the wonders of humanities around the world. It is interesting to say that the protagonist who travels around the world with a Dalmatian and a machine parrot is the little San Mao who is deeply rooted in Mr. Zhang Leping’s pen.

When I was young, I was not surprised by this abrupt narrative setting; many years have passed, and the names and stories that I have memorized have long disappeared into the long river of the years. But even today, if I close my eyes, I can slowly raise a vague picture in the abyss of inner emptiness: the lion and the strange cone lying on the yellow sand, the blue sky in the dark There is no cloud; a woman holds the torch high, and evenly radiates a lot of spikes in the crown; there is also a cute, layered white shell that sits on the edge of the blue water.

The three hairs of the begging, the wandering, and the army are walking through every corner of the world. Everything is harmonious and natural, as if his life should have been spent this way.

Looking back today, the book opened a window to the outside world for the young, but it did not make me understand the taste of “three hairs around the world.” For me at that time, perhaps changing Sanmao into other familiar animation images, such as Sun Wukong, Mickey Mouse, and Digimon, will not affect the reading experience at all. At that time, I never thought that a child who was curious about the world around him but could not explore it at all had a chance to come outside the distant horizon.

Sydney’s largest shell
Twenty years after I read this book, when I really stood on the big steps in front of the Sydney Opera House, the scenes in the book finally became clear in front of my eyes.

The outer shell of the opera house looks white and white, and it shines with dazzling white light in the harsh sunlight that lacks ozone layer filtration in Australia. The outline of each piece of the shell is soft and quiet, but the outer shells are arranged together, which makes the curve burst out of vitality, like the flames dancing in the fire.

When I approached, I found that the surface of the outer casing was covered with white ceramic pieces, and the inner casing under the shadow was covered with long concrete ribs, like the keel of the ship. The symphony hall, wrapped in brisk streamlined wood, is protected by a huge concrete shell like soft shellfish, away from the sun and hot air of Australia.

There are always a lot of shells lying on the beaches of Sydney, big and small, colorful, and the Sydney Opera House is undoubtedly the largest of them. The fisheries of the indigenous ancestors once left mountainous shells on the beach. These shells, as the ideal cement mortar raw material, made an indelible contribution to the colonial urban expansion.

However, there are still very few people lying on the beach in Sydney, not because they don’t like the baptism of ultraviolet rays, but because the population is so scarce that they are not enough to lie on any beach. The shells on the beach today are probably in the warm sea water after a lifetime of silence and peace. The body gradually returns to the ocean and is washed up on the beach.

The local children, holding the trumpet surfboard, screamed through the shells, not afraid of sticking their feet, and would not bow their heads. For those who “grown up the sea”, these shells are no longer familiar. They fluctuated with the pulsating white waves, and after their parents were covered with sunscreen, they were lazy to lie on the beach with the shells.

Greedy seagull
On the main square in front of the Opera House, like any famous public square in Sydney, it is packed with countless seagulls.

The amazing beauty of the seagull, I have to admire the magic of natural creation: most of the body of the seagull is covered with white, the wings and tail are different in shades of gray and silver, the overall appearance is very plain and harmonious; the bloody feet and crotch seem a little cinnabar Let this exotic bird exude a strong oriental beauty.

As they fluttered, the graceful muscle curve on the back began to vibrate lightly and forcefully, forming a white cloud covering the sky. At this time, if you look up at the huge silhouette of the opera house in the background, the Grand Theatre is turned into a vibrating bird wing.

These seagulls are not as holy and elegant as their looks.

It is a routine operation for Australian tourists to take a boat to the sea to watch whales. 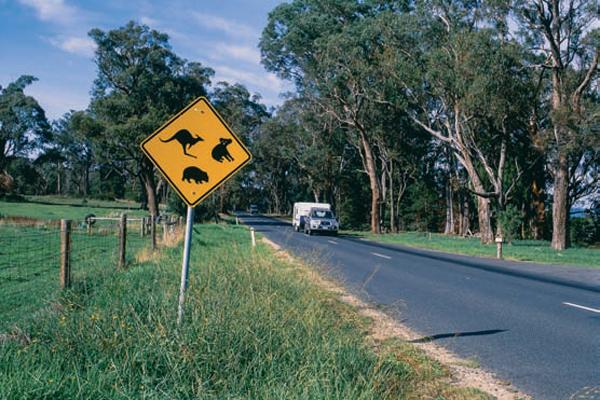 But these seagulls are not as holy and elegant as their looks. Quite the opposite, they are a group of ugly bad guys. The tourists who walk through the square are the targets they always pay attention to. These ignorant tourists are often confused by their beautiful, cute and innocent appearance. They can’t help but keep their fish and chips in their hands and call them to eat.

At this point, it seems that there is a shock that humans can’t feel in the air. The seagull in an entire square will instantly vacate, like a bomber, dive to the innocent eater. No matter how tall and powerful, the white devil’s sharp mouth and claws will fall away and leave the loot of the land.

The good play of the internal battle of the seagulls began. They are scrambling to get stuck, pushing crowds and messing up, and even more, they will forcibly eat from their peers. And what about the poor feeding tourists? Already in the local people filled with “I already know” meaning of laughter, escaped without a shadow.

Local people do not teach them because of the greed of the seagulls. Australians don’t naively share food with seagulls like tourists, but they are very happy to have seagulls to accompany them while eating. Sydney’s main city is not big, but there are many green areas and parks full of eucalyptus trees. Eucalyptus grows rapidly, and the canopy is large and lush, providing valuable shelter for people on the grass.

In Sydney’s main city, probably no one likes to eat indoors. At lunch time, many people bring their own food on the park lawn. Large groups of seagulls patrol from not far away, occasionally making a few screams of joy, trying to evoke people’s love.

After shouting for a long time, there was no gain, and they were quickly caught in sleep. Some use the golden chicken’s independent sleeping position, as if one foot disappeared out of the air; more like a hen hatching, a stomach squatting on the lawn or the floor, in the hot air of Australia, it seems like a stall is being grilled Marshmallow.

Their curves on the eyes and mouth make them look like they are smiling in their sleep, as if they had never happened to grab food, and it will not happen in the future. But when people are full of sleep and ready to leave, their noise and competition will be staged again.

In addition to seagulls, an ostrich dubbed “garbage bird” often joins the competition. Their gray feathers and black long mouths are not pleasing to the eye, so they are often robbed by the seagulls.

accompany
Compared to the seagulls riding on the head, the other Australian animals are reserved and cautious.

The infamous Australian desert kangaroo, famous for its majestic muscles and sharp claws in the Internet age, unfortunately there is no such legendary brave animal in Sydney; wild koalas do not often appear in Sydney; if you go to the west Blue Mountain, you can see a group of half-human mountain kangaroos on the slopes of eucalyptus and rubber trees. They jumped flexibly, and from time to time there were kangaroo babies who came out of their pockets and looked at them curiously. 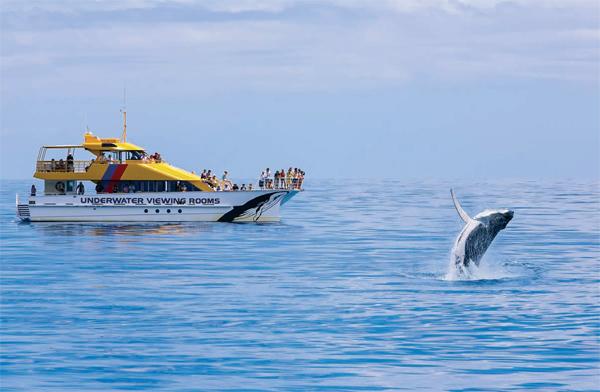 The whales marched along the boundless ocean with a boat, and the whale-tailed whirlpool merged with the ship’s white trails.

Although Sydney people are happy to go hiking, the kangaroos do not form a tacit understanding of human beings. Fortunately, people in Sydney are happy to let them jump on their own leisurely, not to carelessly feed. I heard that the small kangaroos in the city centres of Melbourne and Adelaide are jumping on the lawn and playing with the children like dogs. I really hope that I can catch the kangaroos on the lawns of Sydney.

A few years ago, there was news that a kangaroo that didn’t know where to drill it suddenly jumped on the Harbour Bridge opposite the Opera House, causing a wide-ranging traffic jam. For the Australians who are lazy and playful, it may be a happy morning for them to remember.

There is an animal that can make Sydney’s most numb people cheer, that is, whales. The Great Barrier Reef in the north of Sydney is the favorite nursery for all types of whales. Every winter, the humpback whales that eat and drink in Antarctica will go north to the Great Barrier Reef and give birth to the little babies in the warm waters. At this time, if you often go for a walk on Sydney’s long coastline, you can see the little sprinkles of the whales on the distant Haiping line.

It is a routine operation for Australian tourists to take a boat to the sea to watch whales. Along the way, the intelligent Pacific bottlenose dolphins are playing in the trajectory of the ship. By the way, they can also catch a few sea fish that are stunned by the rushing water, and beat the teeth.

When the vast expanse of the sea suddenly spurts a silver-white column that is straight to the sky and taller than the bow, the most troubled by seasickness will also rush to the ship’s side. The water column quickly became one after another, and the sea was filled with fleeting small rainbows.

When these mysterious beasts are covered with the thick backs of barnacles and emerge from the dark waters, you can’t help but feel awe. They are small enough to easily wrestle whale watching boats, but they never do it; they head out of the water, or simply open the wing-like pectoral fins and jump from the water.

Scientists have explained that this behavior of whales is largely due to curiosity about this biped. They accompanied the boat on the boundless ocean, and the whirlpool of the whale’s tail twirled with the white track of the ship. For a long time, I didn’t know who was observing who.

Two different kinds of intelligent creatures share the simple curiosity of children, so they accompany each other. On the far horizon, the white shell of the opera house flew a dazzling flash of light.

Today, 20 years later, in Sydney, far from home, I finally understood the three hairs in the picture book with the dalmatian and the machine parrot traveling around the world.