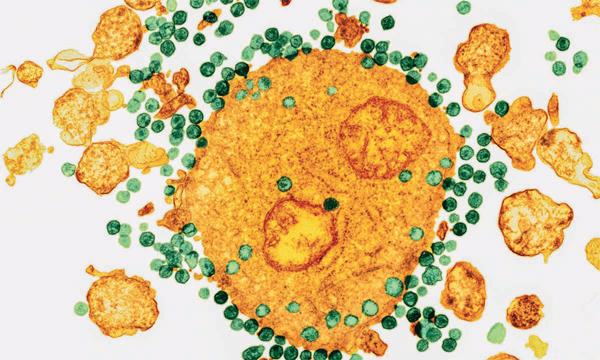 AIDS may no longer be a terminal illness. On March 5, 2019, the journal Nature said that the second AIDS patient in the world has emerged.

The patient’s information is not currently disclosed. He is known as the “London Patient”.

So named because of the first patient who was cured of AIDS in the world: “Berlin patient” Timothy Ray Brown. In 2007, he was also suffering from leukemia and AIDS. He received a donor with a CCR5-Δ32 mutation when he received a stem cell transplant for leukemia.

The miracle happened. After the transplant, Brown’s leukemia was cured and his HIV virus disappeared.

The “London Patient” replicated this miracle, and he also suffered from AIDS and blood cancer. In May 2016, he also received a stem cell from a CCR5 gene mutation donor. After 16 months of transplant surgery, he stopped taking anti-HIV drugs. The team found that the patient was “a virus in the blood.” Completely removed.”

After 38 years of human helplessness, will the HIV virus finally be driven out of the human body?

Nine deaths
The treatment plan for “London patients” is not accidental.

What he accepted was a research-based treatment plan. The study was funded by a AIDS Research Foundation called AMFAR. Simply put, the research team is trying to replicate the path of healing that occurs in “Berlin patients”: a stem cell transplant in a patient infected with HIV and suffering from blood cancer to explore the possibility of AIDS cure.

Prior to this, “Berlin patient” was just an isolated case. It is considered a coincidence, a miracle.

For a long time, the researchers were not sure that the “Berlin patient” was cured because of the transplant surgery, or other treatments that were supplemented at the time. The “Berlin patient” received two transplants and high-intensity radiation therapy at the time. The side effects of radiotherapy are very large. It also destroys normal cells when it kills the virus, which once caused Brown to die.

Therefore, high-intensity radiotherapy has also been considered as one of the factors contributing to the “miracle.” There are many ways to explore the healing principle of “Berlin patients”. The important reason is that other patients who underwent the same transplant surgery were not cured.

In other words, Brown is only the one born in this “nine deaths” treatment plan, and more patients have died.

According to reports, in addition to the “Berlin patient”, another six anti-retroviral-treated HIV-infected patients underwent the same transplant. One of the patients relapsed due to the virus being CXCR4 tropism, and one more died due to transplant response and tumor recurrence. In other cases, a recurrence of the virus occurred within 3 to 10 months, that is, the suppressed HIV virus reappeared.

In the face of these failed cases, scientists can only adopt a more conservative view, so the “Berlin patient” is just an accident.

The good news is that the emergence of “London patients” makes it no longer an isolated case. More positively, the “London Patient” did not receive any treatment other than transplant surgery. Thus, the causal link between stem cell transplant surgery and cure of AIDS is evident, which has proven to be a verifiable treatment option.

Under this premise, it is meaningful to explore how the mutant gene of CCR5 can resist the mechanism of viral invasion. In the case of “Berlin patient”, the donor’s related gene is “CCR5-Δ32”, which is a mutant gene of CCR5 that naturally has the ability to resist HIV.

This is an enviable genetic mutation that actually belongs to a genetic defect. In normal humans, CCR5 is the “gateway” for HIV to enter the human body. The HIV virus sounds fierce. It is actually an RNA virus that has a weak resistance to the external environment.

After mutation of CCR5, the HIV virus cannot be invaded, so people with this genetic defect can be immune to AIDS.

In the biological world, most viruses are tenacious, and even if they are out of the host, they can survive in extremely cold or hot environments. In contrast, the HIV virus can only survive for hours in the natural environment. It must find the host cell. In the human body, it first recognizes the CCR5 gene segment, then invades the immune cells and reverse transcribes the DNA, completes the replication process by integrating the host DNA, and synthesizes the protein shell by transformation to produce a new virus, ultimately destroying the cell tissue. , membrane structure, a large amount of release into the blood.

Treating “lack” with “lack of”. After mutation of CCR5, the HIV virus cannot be invaded, so people with this genetic defect can be immune to AIDS. But this kind of person is very rare, only a few people in the Nordic people can find a natural one, about 1%.

Insufficient ART
Is it okay to artificially transform genes and cause genetic defects to immunize HIV? He Jiankui did this. He has already been called a “technical fanatic.”

HIV carriers can have a normal length of life.

Moreover, the need to do so is not great. 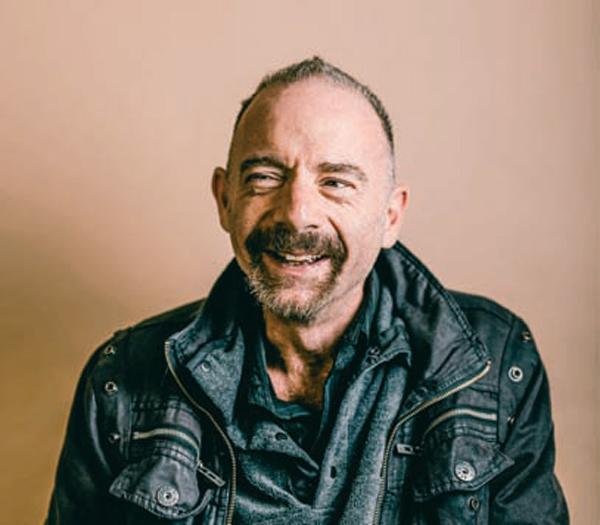 The first patient in the world to be cured of AIDS: “Berlin patient” Timothy Ray Brown

The latter two research progress has few achievements at present. In the case of “London patients”, researchers also tend to believe that it is not yet considered to have achieved “complete cure” and is currently in the midst of a temporary “functional cure.”

But fortunately, “long-term inhibition” is very mature in the moment, the most common is ART treatment.

Xiao Hao is an HIV carrier. Like most patients, he goes to the CDC every month to check and take medicine. He introduced to “Look at the World” that he can now receive several kinds of “combination drugs” at the CDC free of charge. Through regular medication, he can control the CD4 index, the most important indicator in AIDS patients, to a normal level.

HIV attacks the body’s immune cells, especially CD4 lymphocytes and Macrophages macrophages. Both are in the immune system, specifically responsible for eliminating the “warrior” of the virus. However, after infection with HIV, CD4 lymphocytes continue to decrease in long-term untreated HIV-infected individuals. In general, HIV patients will drop by 80 points per year on the number of CD4.

When the CD4 indicator is reduced to a certain extent, the body’s immune function is destroyed and cannot withstand many common infections. At this time, AIDS-acquired immunodeficiency syndrome is produced.

Therefore, when Xiao Hao was introduced as an “AIDS patient” by others, he usually smiled and corrected: No, it is only a (HIV) carrier. Xiaohao said that as long as the CD4 is kept at a normal level, although the virus has been in the body, the number is small, and the rate of infection is extremely low, and the infection is also low.

In theory, “cocktail therapy” can greatly delay the outbreak of HIV, which makes it possible for HIV carriers to have a normal length of life.

Lucky
Although it can be “long-term suppression,” it does not mean that people like Xiaohao have no worries.

ART treatment also has drawbacks, which may lead to the emergence of resistance to viruses in the drug users. As mentioned above, the HIV virus is largely replicated by the proliferation of immune cells, and because it is an RNA virus, the genetic structure is extremely unstable, and mutations are highly probable in reproduction. Under this huge mutation probability, once a drug-resistant strain emerges, it is unobstructed in the body.

In order to avoid drug resistance, ART treatment requires that the medication must be taken on time. Xiaohao’s medicine is made up of three kinds of pills. It is taken every 12 hours. For many years, he has been able to touch the time without setting an alarm clock. He carries tablets with him wherever he goes. Second, when the patient is resistant to a certain combination, the next combination is immediately replaced.

ART treatment currently has dozens of combination drugs, but this is not guaranteed to be absolutely sufficient.

“Long-term inhibition” may fail, and “functional cure” and “complete cure” are more unpredictable. This is the biggest dilemma faced by the AIDS patient population. Even with the “Berlin patient” and “London patients”, the hopes of these two cases are extremely limited.

Even if the cost of such a treatment plan is small, the scope of stem cell transplantation is narrow only in terms of applicability. First of all, there are very few people with natural mutations carrying CCR5, assuming that they are all willing to help cure AIDS patients. Those who can adapt to bone marrow stem cells in these people are also difficult to cover more than 40 million people worldwide and are still increasing. The infected population.

Secondly, the “Berlin patient” and “London patients” received surgery not to cure AIDS, but mainly to cure blood cancer (leukemia and lymphoma). If we say that it is simply to treat AIDS, we will transplant the bone marrow to the client, which is equivalent to changing the immune system. The original immune system is also likely to produce severe rejection.

In the face of the negative impact of transplant surgery, modern medicine has not been able to completely solve this problem, and more often it is helpless. Therefore, such a treatment plan is obviously not worth the candle for an AIDS patient.

Even the successful “London patient” had a rejection reaction after the transplant, but it finally came over. He is only 1/40 of the research team of the aforementioned research team. As the “Berlin patient” has been disclosed in detail, Brown was only 1/7 of the time; some patients who received the same treatment plan as him, some relapsed, and some died. They have not been noticed.

Being pushed to the front desk is just “lucky.”