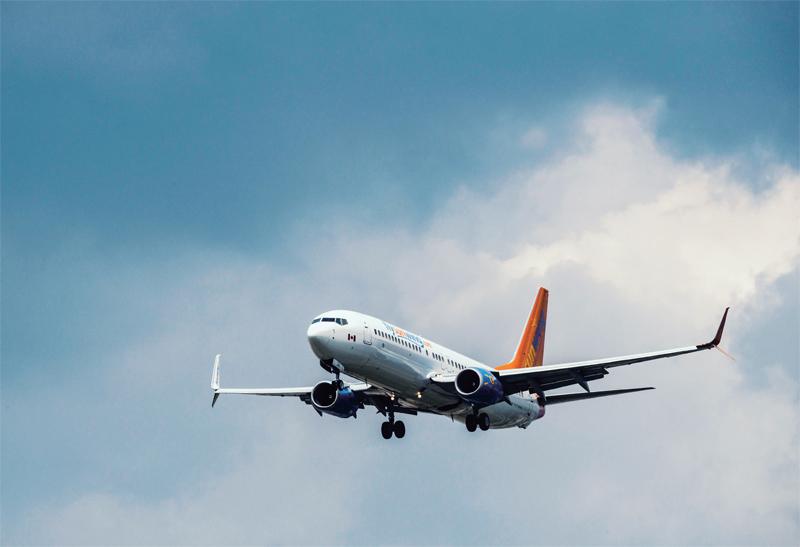 The two air crashes, concentrated on the same aircraft 737 MAX8 produced by Boeing, also crashed shortly after take-off, and it was too far-fetched to explain with coincidence. On March 11, 2019, China took the lead in announcing the “parking” of all Boeing 737s and MAX8s before the cause of the accident was discovered. On March 13, Trump announced that the US Federal Aviation Administration will ground the Boeing 737s MAX8 and MAX9. Within three days, the 737 MAX series aircraft has been grounded worldwide.

In two major accidents, the question is whether it is in the design of aircraft technology or the management of Boeing? After the preliminary investigation, people found that there were problems with aircraft quality and company management.

Original sin of design
The Boeing 737 series is a medium- and short-range dual-engine jet. Since its development 50 years ago, it has become a prosperous market. It has become one of the most successful narrow-body aircraft series in the history of civil aviation. So far, 14 models have been developed.

As a short-haul civil aviation aircraft, the Boeing 737 series pays great attention to component versatility and cost performance. This makes it the best-selling passenger aircraft in the civil aviation industry (as of 2018). The 737 series has produced more than 10,000 aircraft since 1967, and nearly 1,000 Boeing 737s are flying in the sky at any time.

On December 8, 2015, in the United States, Washington, Renton, the protagonist 737 MAX 8 first appeared. As a new member of the 737 family, the MAX series is not a small change on the basis of the 737 aircraft, but a relatively large-scale upgrade for the prototype. The biggest difference in appearance from the previous series is the forked winglet. At this time, there were 1187 days from which it was grounded worldwide.

The original aerodynamic design of the Boeing 737, which began in 1967, uses a lower wing design to hang the engine directly on the wing. According to the actual size of the engine, the designer designs the overall aerodynamic layout of the aircraft to ensure optimal flight efficiency.

The aerodynamic layout problem of MAX is that the engine horsepower is increased and the nose is lifted too high.

The larger the size of the engine hanging on the wing, the lower its height from the ground. The direct disadvantage of this is that it is possible to inhale ground debris (including steel shackles that some people love to throw) during take-off and landing, which can lead to aircraft engine accidents and even crashes.

According to the common sense of design, in the above situation, the landing gear can be lengthened, and the aerodynamics and center of gravity of the aircraft can be redesigned to ensure that the distance from the engine to the ground is a safe distance.

However, Boeing refused to modify the original fuselage design for cost reasons. They just moved the 737 MAX’s engine position slightly, avoiding the lowest position of the fuselage to improve safety – not to mention a lazy.

The forward movement of the high-powered engine destroys the stability of the aerodynamic layout of the aircraft itself, and it is easy to make the wing generate a larger angle of attack during the climb (refer to the projection of the aircraft speed direction line in the plane of symmetry of the aircraft and the wing chord The angle between the lines), causing partial stall.

The engine pushes the airplane forward, the air flows up and down the wing, generating lift, and the airplane climbs to the sky. If the engine thrust is too strong and the nose and flange are too high, this form will not allow the flowing air to smoothly pass through the upper and lower surfaces of the wing, and the lift generated at this time will be reduced. Until one moment, the lift generated by the aircraft could not support the weight of the aircraft, and the aircraft lost its speed. Simply put, the aerodynamic layout problem of the 737 MAX is that the engine horsepower is increased and the nose is lifted too high. The higher the nose, the greater the danger of stalling. 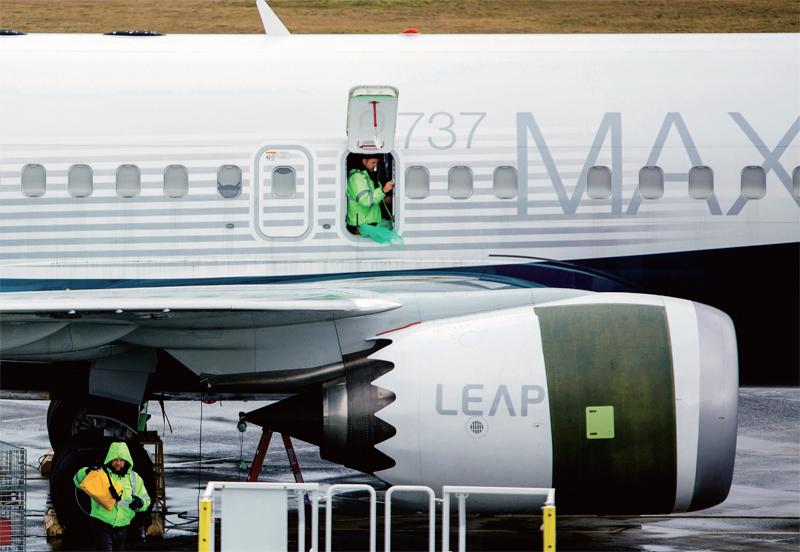 Terrible defect
Since there are such aerodynamic layout defects, the Boeing as an air giant is not without prejudging the possible danger. Boeing has adopted a software-constrained approach to correct the “heads up” of the aircraft. The upgrade program for the flight control software is MCAS (Mobility Enhancement System). Simply put, MCAS works like the simplest autonomous driving system. When the nose is lifted too high, it forces the commander to press the head to avoid the stall.

The problem is that the MCAS system is outsourced to the less expensive Indian flight control software company, and the system is not linked to autonomous driving. When the software engineer writes the program code, the priority of the system is placed above the pilot’s operating authority. That is to say, as long as the system detects the aircraft’s head up, it immediately manipulates the aircraft to dive. When there was no MCAS before, the pilot only needed to press the AP button twice on the steering column to turn off the automatic driving. Now that I want to shut down the MCAS system, the driver needs to manually call up the MCAS menu via the onboard computer and press a few buttons to turn it off.

Air France accident wreckage on March 12, investigators and rescue teams collected passenger and other materials at the crash site of the Air Egypt accident aircraft

If the AOA (elevation angle sensor) of the 737 MAX series fails and an excessively high alarm is issued, MCAS will forcibly press the nose when the aircraft is flying normally. If the driver without MCAS training finds that the aircraft suddenly dive, The first reaction is definitely to turn off the autopilot system.

However, they immediately found that the aircraft still dive after the autopilot was turned off. The pilot could only pull back the joystick with force, and MCAS found that the nose was still up, and then controlled the trim rudder to continue maneuvering the aircraft – resulting in air crash.

On October 28, 2018, the Boeing 737 MAX aircraft flew from Bali to Jakarta on the day before the crash of the Indonesian Lion Air crash aircraft. A similar situation occurred in the MCAS system. At that time, the cockpit was equipped with a senior pilot who was in a rotation. He correctly diagnosed the problem and let the crew on duty cut off the engine power that drove the aircraft to subdue.

After the captain arrived at the destination, he reported the problem to Lion Air. The survey did not mention the “handbill” and helped to troubleshoot the pilot. After a simple overhaul, Lion Air decided to let the passenger plane continue to fly the JT610 flight the next day. The tragedy occurred.

The flight path of the Air Egypt accident aircraft is similar to the height of the Lion Air accident aircraft. It is most likely due to the same fault. Before the lion aviation was difficult, the 737 MAX pilots around the world did not even know the existence of the MCAS system, let alone the training.

From brave to evil dragon
Boeing 737 MAX has so many problems from hardware to software, why can you get more than 5,000 orders from all over the world? This requires a temporary time back to the United States more than 100 years ago.

The founder of Boeing, William Edward Boeing of German, is doing business in wood, mining, etc. After graduating from Yale University, he also worked in related industries and achieved success. However, as a young rich man, his desire for challenge cannot be contained. At that time, the “aircraft” was still new. Boeing sat on the wing of the old plane with the engineer friend Conrad Westervelt, who was on the wine table, and experienced the feeling of overlooking the living beings in the air. . Since then, Boeing’s interest in aircraft has been out of control.

When he founded Boeing’s predecessor, “Pacific Aviation Equipment Company,” Westerveld was the chief designer, and at the time of “Pacific Aviation Equipment Corporation”, a aircraft designer from Beijing, China, Wang Fucheng One of Boeing’s men and helped Boeing design the US Navy’s C-type aircraft. Under the development of generations of outstanding talents, Boeing has developed the famous B-17, B-29, B-47, B-52 series bombers, KC-135 aerial tanker, E-3 early warning aircraft, FA-18 super large The famous military aircraft such as the Hornets have jumped to become the world’s largest air giant, ranking 60th in the world’s top 500 companies (2017 data).

Before the lion aviation was difficult, the 737 MAX pilots around the world did not even know the existence of the MCAS system.

Boeing, which has become a giant, has become an urgent and hasty process in order to compete with Airbus’ A320 Neo. The FAA (United States Federal Aviation Administration), which should have been the last barrier to flight safety, has become an accomplice to the air crash in the bureaucracy.

In the Seattle Times report, the FAA has authorized Boeing to undertake the work of proving its own aircraft safety for years on the grounds of lack of funds and resources. At the beginning of the certification of the Boeing 737 MAX, the FAA Safety Engineering team will also entrust Boeing’s technical assessment to the assessments that they believe are more critical and will remain within the FAA. This time, the MCAS system, which is considered to cause air crash, is one of Boeing’s own evaluations.

Sitting on the wing of the plane, I only had the safety guarantees – the wing supporter and the brave man Edward Boeing who thought about the good times in the future. I don’t think that in the world after 100 years, my company will become the aviation industry. The dragons of the claws and claws are so perfunctory about the most important safety issues in the aviation industry, which eventually led to tragedy.

After the dead sheep
According to a Reuters report on March 21, the hearing of the aviation and aerospace team of the US Senate Commerce Committee has not yet been confirmed, but this will be the first time the US Congress has asked Boeing executives to accept questions about two passenger aircraft crashes. In addition, the team will question the FAA officials on March 27th and may ask why they passed the certification of the MAX model in March 2017 without requiring full in-depth training.

According to the report, the Federal Bureau of Investigation is assisting the Federal Transportation Department in investigating the safety certification procedures for Boeing aircraft. Boeing and FAA inspectors were alleged to have “close relationships.”

At the same time, the US Department of Defense’s Inspector General said that a complaint would be investigated that US Acting Secretary of Defense Shanahan had promoted Boeing during his term of office, violating the moral code. Shanahan was a Boeing executive.

Boeing, which is at the forefront, fell 13%. The high-level officials conducted a series of personnel abolitions and conducted crisis public relations. Airlines such as Indonesian Eagle Airlines are also seeking to withdraw all orders from 737 MAX and claim damages. If Boeing’s entire 737 MAX series is returned with compensation, there will be a loss of more than $600 billion.

It is conceivable that Boeing will pay an extremely heavy price for the sake of temporary benefits. While praying for the deceased, I hope that the air crash will also serve as a knock-out for all industry companies involved in safety hazards.