Researchers at the University of Pennsylvania and Cornell University recently used the latest nanotechnology to create an army of millions of nano-robots in a matter of weeks. The researchers fired laser light onto the robot’s solar cells, which then expanded the platinum and the titanium remained rigid, causing the robot’s legs to contract. The solar cell causes an alternating contraction or relaxation of the front and rear legs, and the robot thus produces a walking gait. This army can work inside the human body, such as delivering drugs on demand and maintaining good health. 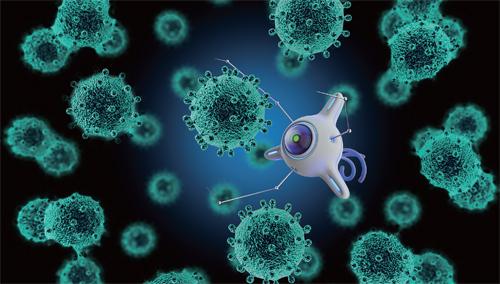 In the same period, researchers at the University of Toronto in Canada have also developed a nano-robot driven by electromagnetics. This nano-robot can block tumor blood vessels, thereby “starving” cancer cells or directly destroying cancer cells, and it is expected to provide a new treatment for cancer patients with chemotherapy, radiotherapy and immunotherapy in the future. Experts pointed out that with the development of science and technology, especially the advancement of nanotechnology, nano-robots will play an increasingly important role.

origin
The concept of “nanorobots” was first proposed in 1959 by American physicist and Nobel laureate Professor Richard Feynman. He believes that in the future, human beings will be able to build a molecular-sized micromachine that can use molecules or even individual atoms as building components to build matter in very small spaces. This means that humans can make anything in the ground floor.

Nanorobot technology was only a scientific fantasy at the time, but it has now appeared in the real world. It is a high-tech technology in robot engineering, and its development belongs to the category of “molecular nanotechnology”. It designs and manufactures “functional molecular devices” that operate on nanospaces based on biological principles at the molecular level.

The idea of ​​nano-robots is to apply biological principles to the development of programmable molecular robots (also known as “cell robots” or “DNA robots”) on the scale of nanometers (one nanometer is one billionth of a meter). Navigation system and driving method are two major problems in the development of nano-robots. Therefore, every forward push has to overcome many difficulties.

The nano-robots currently under development belong to the first generation and are an organic combination of biological systems and mechanical systems. This generation of nano-robots can be injected into human blood vessels for health check and disease treatment; the second-generation nano-robots are directly from atoms or molecules. Assembled into nanoscale molecular devices with specific functions, this generation of robots can perform complex nano-level tasks; third-generation nano-robots will contain strong artificial intelligence and nano-computers, which is a kind of intelligence that can carry out “human-machine dialogue” Device.

As nano-robots are one of the hotspots of today’s high-tech, many countries have developed relevant strategies or plans, and invested heavily to seize the high-tech strategic high ground.

Medical
Many experts believe that the most important and urgent thing at present is the application of nano-robots in the medical field. Medical nano-robots can be injected into human blood vessels for vascular care, precise administration, organ repair, etc., and can also remove harmful DNA from genes. In the foreseeable future, cancer, AIDS, high blood pressure, etc., which are regarded as today’s difficult diseases, will be solved. By then, human beings will reduce the pain caused by the disease and the life expectancy will be extended.

In March 2018, the National Nanoscience Center of China cooperated with Arizona State University to realize the stable operation of nano-robots in vivo (mouse and pig) and to efficiently perform fixed-point drug delivery. This achievement was named one of the “Top Ten Progresses in Chinese Science” in 2018.

It is worth pointing out that the medical nano-robot is still in the stage of research and development, and has not yet entered the clinical practical stage, but it is certain that it will bring great changes to biomedicine in the near future.

Not long ago, the American inventor and futurist Dr. Cozwell pointed out in an interview that medical nano-robots will connect the human brain with the cloud brain (cloud computing system), which will improve human intelligence and prolong Human life. In addition, he also believes that by 2030, nano-robots will settle in the human body, and as the blood circulates throughout the human body, it becomes part of human-computer integration.

In his book A Brief History of the Future, the Israeli historian and futurist Professor Yuval Hulari also believes that 5 million nano-robots can be placed in blood vessels. The role of these robots is to instantly monitor abnormalities in the human body. 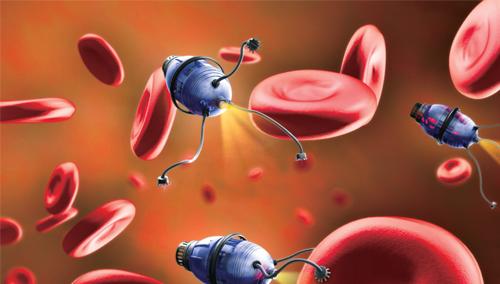 The regional situation is surging. In the end, what technology can revolutionize the future military like a nuclear weapon? Professor Edward Taylor, an American physicist and father of hydrogen bombs, predicted in the early 1980s: Which country is the first to master nano-robot technology, it will certainly dominate the world military field in the 21st century.

The United States, Russia, Israel and other military powers are actively conducting research and development of military nano-robots, and have successfully developed dozens of components for nano-robots. The nano-robot “force” will be ready to go in some laboratories or production lines. Military nano-robots can be used not only for offense but also for defense, and the effectiveness of defense is much stronger than the effectiveness of their offense. US military expert Dr. John Alexander believes that military nano-robots will undertake more and more tasks, especially to participate in strategic defenses and create conditions for strategic offensive.

Military nano-robots can also be used to improve the performance of a variety of equipment, including telecommunications, helmet-mounted displays and more. The future military strength and future wars will increasingly depend on the technological content of a country in the development of new weapons. The war that relies entirely on human tactics will never return. Therefore, military experts believe that military nano-robots will determine the face and progress of the 21st century war.

prospect
In addition to the medical and military fields, nano-robots have a very broad application prospect in the fields of industry, agriculture, and environmental protection. For example, in the industrial field, people can use nano-robots to make micron-sized chips, thereby reducing the space occupied by chips and circuits in electronic products, making future electronic products smaller and more efficient.

In the agricultural sector, people can use nano-robots to make chloroplasts, making them a molecular machine for making food. Imitation of nano-robots made of chloroplasts will make it possible to directly use solar energy to create food and create new concept agriculture.

In the field of environmental protection, people can put a large number of nano-robots into the polluted water source, and through the designed sensors and procedures, the nano-robots can decompose the pollution sources to solve the water pollution problem. It can be said that nano-robots can not only bring major changes to the society, but also bring people unlimited and imaginative space.

Experts predict that it will not take long before the magical and practical nano-robots of molecular size will continue to enter the daily life of human beings. Professor Zhou Haizhong, a Chinese scientist and futurologist, even predicted in the article “On Robotics” published in 1990: By the middle of the 21st century, nano-robots will completely change the work and lifestyle of human beings.

There is no doubt that the use of nano-robots to benefit mankind is a great dream pursued by scientists.