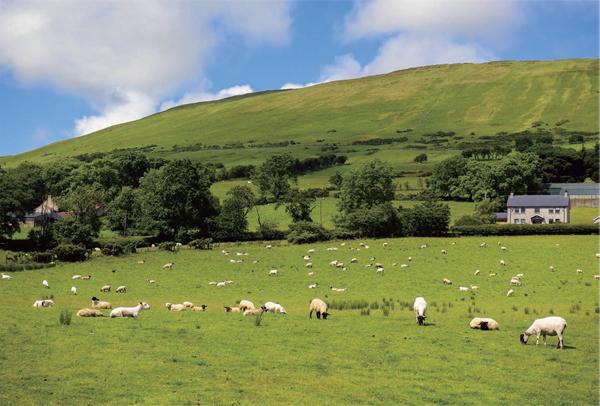 Sheep on the farm in Northern Ireland

On April 18, 2019, the United Kingdom recognized the 70th anniversary of Irish independence. For many domestic readers, Ireland may still be a relatively unfamiliar country. In addition to the author of “When You Are Old” – the poet Yeats, and the bloody “Dance of the River”, many people have a little impression of Ireland in their minds, probably the Irish Republican Army, which is constantly making attacks. And the history of the “Irish Great Famine” (commonly known as “potato famine”).

The Irish Republican Army pursued the political goal of unifying Ireland, but was listed as a terrorist organization by many countries because of its violent manner; the famine that occurred in 1845-1850 took nearly a million lives, accounting for all of Ireland at the time. 1/4 of the population.

The Irish Republican Army and the Great Famine seem to be the portrayal of Irish tragic. Because it was under the “shadow” of Britain at the time, Ireland was not only obscured in the political arena of Europe, but also economically and in a state of poverty and backwardness. In fact, until the 1970s, Ireland was still an underdeveloped country dominated by agriculture and animal husbandry, known as the “European cricket” or “European countryside”.

However, since the 1990s, the Irish economy has grown by leaps and bounds, with an average annual GDP growth rate of more than 7% and a growth rate of 9.2%. It has become the top European GDP per capita. According to the International Monetary Fund’s statistics in 2017, Ireland’s per capita GDP has exceeded US$70,000. In the “1 million or more population countries”, per capita GDP is second only to Switzerland and Norway, while the UK’s per capita GDP is less than US$40,000.

The rise of Ireland is known as the “Kelter Tiger.” So, how did this once “ugly duckling” become a “white swan”?

Old nation, new country
The Irish are descendants of the ancient Celts. The Celts are the oldest people in Western Europe. Together with the Germans and the Slavs, the Celts are called the “three barbarians” of Europe by the Romans. Since the beginning of the British conquest in the 12th century, Ireland and the United Kingdom have opened a period of 800 years of “competition.” Former Mexican President Polfilio Diaz once expressed his feelings about the fate of Mexico: “Poor Mexico! So far away from God, so close to the United States.” In fact, the fate of Ireland is also the same: “Poor Ireland! God is so far away, so close to Britain.” 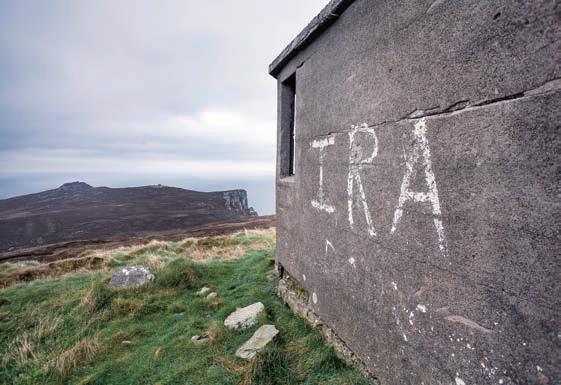 The wall is the English abbreviation of the Irish Republican Army.

In 1171, Henry II of the British Gorse dynasty led the army to land in Ireland, using force to force all the princes on the island to swear allegiance. During the Tudor dynasty, Britain further strengthened its control over Ireland. Henry VIII and his daughter, Elizabeth I, pursued a centralized political concept and set about establishing a legal and political order in Ireland.

During the British Revolution, as Ireland stood on the side of the King’s Party, Cromwell led the parliamentary army to conquer Ireland. After the war, Cromwell took severe punishments against the defeated Catholics: distributing the land to their officers and men and speculative merchants, and exiling the Irish Catholics who were deprived of their land to the barren western frontier.

In 1801, the United Kingdom officially merged Ireland and established the United Kingdom of Great Britain and Ireland under the Treaty of British-Australian Alliance. For more than 100 years, the Irish did not give up the resistance, the biggest of which was the Dublin Easter Uprising that broke out in 1916. The uprising was led by the Xinfen Party and was eventually suppressed by the British military.

In December 1921, the British government signed a treaty with the Irish Republican Army. All 32 counties in Ireland were divided into two parts: the 26 counties in the south were “free states”; the six counties in the north became “Northern Ireland” with an authorized independence. Parliament, but its sovereignty still belongs to the United Kingdom.

In 1937, the Irish “Free State” announced the establishment of a republic, but remained in the Commonwealth. On December 21, 1948, Ireland announced its official separation from the Commonwealth. On April 18, 1949, the British recognized Ireland’s independence but did not return to the six northern counties. At this point, the Irish nation, an ancient nation, has its own independent country.

After more than 800 years of unremitting rebellion, Ireland finally won national independence and bid farewell to the fate of “second-class citizens” under the British rule.

Small country, big market
Although Ireland was officially incorporated into the UK since 1801, its economy has not been modernized with the help of the British Empire. For a long time, Ireland’s economy has been dominated by agriculture and animal husbandry, with a single industrial structure and a serious delay in its development. This backward situation is largely caused by the “internal colonialism” of the United Kingdom. 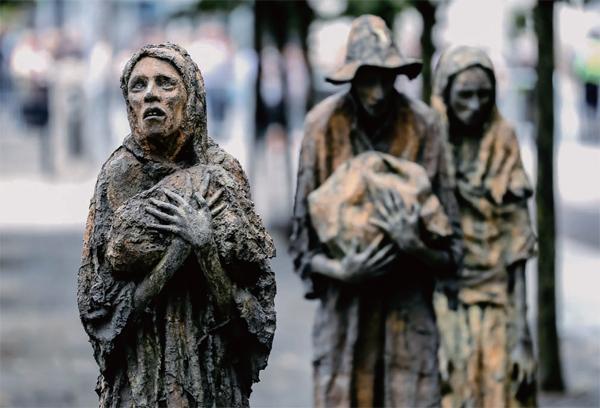 Since independence, Ireland has begun to explore its own development path. However, due to the small size of the country and the weak foundation, it is not easy to achieve economic growth. After fully recognizing its internal limitations, Ireland turned its attention to the outside and embarked on a bold open path. In the 1950s, Ireland established an export-oriented industrialization strategy. In 1973, Ireland joined the European Economic Community (EEC) and began to gradually integrate into the European market.

Since the 1990s, Ireland has actively integrated into the EU and integrated into the process of world economic integration through the EU. With the signing of the Maastricht Treaty in 1993 and the implementation of the 1999 Euro Plan, the unified market in Europe was basically formed. At the same time, with its special relationship with the United States, Ireland has gradually become an important bridge connecting the two major economies of the United States and the European Union. A large number of multinational companies have established headquarters or branches in Ireland, and Ireland has become a world of investment highlands. With a strong pro-market export-oriented economy, Ireland has also become one of the most open economies in the world.

From the perspective of actual economic effects, Ireland’s economic take-off began in the 1990s. From 1990 to 2001, Ireland’s GDP grew at an average annual rate of 7.6%, second only to Singapore and China, ranking third in the world. In terms of economic aggregates, from 1990 to 2007, Ireland’s gross national product quadrupled (four times) in less than 20 years. Therefore, Ireland is known as the “Kelter Tiger”.

The root causes of the Irish economic miracle are generally considered to include five reasons: fiscal and financial policy, industrial policy, investment education, EU transfer (especially structural funds), and unique institutional innovation – “social partnership”. Among them, the most Irish characteristics are the fiscal and financial policies, as well as the “social partnership”.

The function of fiscal and financial policies is to maximize the role of capital and markets, and to drive the economy through a large number of foreign and high-tech enterprises. Successive governments in Ireland have insisted on low tax rates as an important means of attracting foreign investment. For a long time, Ireland’s corporate income tax was only 12.5%, much lower than the US (35%), and also lower than the European average (23.2%). The huge comparative advantage released by the low tax rate is significant, and many of the world’s leading companies have their European headquarters in Ireland.

“Social partnership” is a very unique institutional arrangement. By coordinating the interests of different strata and different social groups, we can maximize consensus and solve major problems in social development. Representatives from government, entrepreneurs, trade unions and other social groups, in the capacity of an equal “social partner”, conducted full communication and consultation on the major policies of social and economic policies, reached a programmatic consensus and finally implemented it at the policy level.

In the economic take-off in Ireland, “social partnership” played a key role. Its biggest role was to make Ireland’s unique economic strategic arrangement universally recognized by the society, thus reducing the transaction costs of policy implementation.

Strong economy, weak society
The economic crisis that erupted in 2008 quickly spread to Ireland, causing the Irish economy to suffer. Because of Ireland’s high economic dependence, the economic crisis has hurt Ireland much more than other countries.

Among the rich countries of the OECD, Ireland’s income inequality index ranks second. 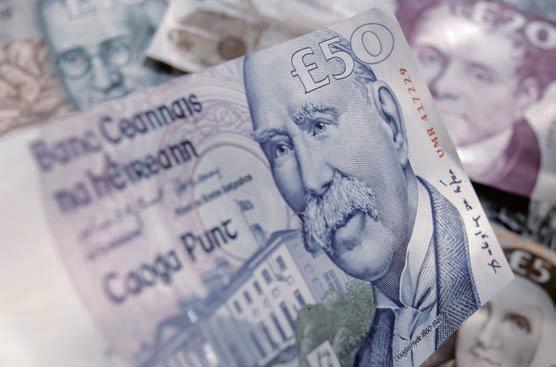 According to statistics, from the outbreak of the crisis to 2012, as many as 75,000 people leave the country to look for work each year, which is not a small number for Ireland with a population of only 4.5 million. The official unemployment rate has exceeded 15%, and then Irish Finance Minister Michael Noonan even said that these five years are “the biggest crisis since the Irish famine.” The crisis stopped the myth of the “Celtic Tiger”, and even began to say in a skeptical tone that Ireland has become “the cat of the Celtic.”

Moreover, social problems that have been concealed during the high-speed growth period have gradually emerged. The pro-market preference of the Irish government has made social construction a relatively short-term, creating an imbalance between economic construction and social construction. The long-standing low taxation policy has constrained the government’s ability to pay for social welfare, which has further led to poverty, unemployment and inequality.

Although the absolute poverty rate in Ireland has been declining, it has fallen below 5% in 2007, but the relative poverty rate has remained high, reaching 19% in 2004. According to statistics, Ireland’s income inequality index ranks second among the OECD rich countries. In terms of social spending, Ireland is also far below other EU countries. From 1993 to 2000, Ireland’s social security expenditure as a share of GDP fell from 20.2% to 14.1%, while the EU average fell from 28.8% to 27.3%.

The background of the Erlanger model is actually a “strong economy, a weak society”, which puts the country’s economic competitiveness above social welfare, and attracts direct foreign investment by lowering taxes, thereby subordinating society to the economy and leading to the economy. The imbalance between society and society. This model may not be a problem during periods of rapid growth, and once economic stagnation or recession occurs, it can have fatal consequences.

Ireland’s rise has fully demonstrated that late-developing countries can use the opportunities of globalization to create economic miracles through their own institutional and policy innovations.