“Game of Thrones” is like a born freak. It has won the peak of American TV with a dragon with a fire and a zombie running below zero. It has won 47 Emmy Awards, including 3 best drama awards. .

At the same time, there are countless fanatical media for it to spontaneously warm up. From Vanity Fair, The New Yorker, to the TMZ American Celebrity News Network, media of different types and different attributes have fully reported on this TV show. The photographers and journalists hired by these media are also chasing and reporting the star actors in the drama in their own fields.

Even Trump, the US president and social networking site “heavy addict”, followed the trend and imitated the bridge and font of the classic line “Winter” in “The Game of Power” on Twitter. Photo of Iran’s “sanctions are coming”.

Or become the sole heir to the “scheduled TV”
“Scheduled TV” is a near-disappearing phenomenon in which a television program allows viewers around the world to watch the same program at the same time.

However, there are currently few TV shows that can motivate viewers to watch according to the TV schedule (rather than their own schedule). “Game of Thrones” may have become the sole heir to “scheduled TV.”

News, reality shows and live events—especially the Super Bowl—although still attractive, when most scripted shows are placed on digital TV, they can wait for the audience to have fun at their own convenience. The emergence of “Game of Thrones” has made this disappearance appear again.

In the past eight years, “Game of Thrones” has hatched a vibrant mainstream community. It always makes a big stepping and turning point for the next episode at the end of each episode. This is a good thing to excite the audience: intensive, complex suspense, appearing once a week, making “Game of Thrones” perform extremely well.

And how can a quasi-medieval fantasy series occupy such a position that we are sought after?

Some of the elements in this TV series may be appealing to audiences who love a certain genre of tales, such as swords, animal costumes, and dark priestess. But in fact, these elements rarely evoke the enthusiasm and loyalty of the wider audience on television.

The popularity of “Game of Thrones” relies on the typical story of his own – Danielis Tanglelian is really walking in the fire, Jon Snow is really resurrected from death – from a content point of view, this The huge story line and the complete worldview structure of the drama are destined to be eye-catching from the beginning, and none of these belong to any genre. 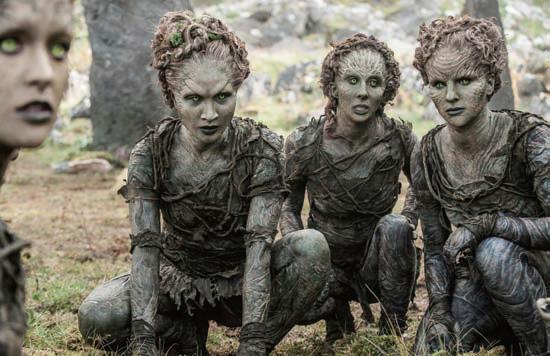 Good or bad?
“Game of Thrones” has surpassed the limits of fantasy and successfully redefines “fantasy.” This is like the American drama “Deadwood” because of its dialogue and very detailed characters, making the whole drama outside the atmosphere, arrogance, turmoil and wildness, so that the western world of the United States is transformed into a Shakespeare-style mimicry theory.

Danielis Tanglelian is really walking in the fire, and Jon Snow is really resurrected from death.

In the fantasy-type movie, “The Lord of the Rings” is like a box of Pandora with a lucky color, let us want to find out, “Game of Thrones” has a complex morality.

Traditional fantasy movies often divide the characters and plots directly into two. There are good and bad, there are darkness and light, but “Game of Thrones” is different.

The Westeros continent is a continent that has been torn by the despicableness, desire, and greed of its people. On this continent, the so-called good people don’t win automatically and easily as in other stories—we first learned this in the first season, Ned Stark was in his two daughters. Under the gaze of being decapitated. This point is similar to the HBO TV series “The Sopranos”.

In short, the moral complexity makes the role of “Game of Power” more confusing for the audience, and even many fans are attracted by such a vague realism.

His game, her counterattack
“Game of Thrones” is guided by George RR Martin’s novel “Song of Ice and Fire” throughout the first five seasons. In the play, the image of different characters and the political struggles of different kingdoms in Westeros are all skillfully displayed.

The main female characters in the play are more hierarchical than the males in the drama in the event of misfortune.

At the same time, these intricate plots are more rooted in our civilized world. We might as well imagine that Junlin City is the capital of a country, such as Washington, DC. “Game of Thrones” is mainly about the struggle between individual and political power – who owns, who wants, who deserves, who gets it – and like the other American drama “Homeland Security”, everything is related to reality. Appropriate.

Not only that, they also focus on issues related to women.

In most respects, “Game of Thrones” is far removed from fantasy and fairy tales, especially how it handles female characters. The world of TV dramas is primitive and extremely violent. It reveals the most crude and naked side of humanity—the deaths caused by cockroaches, guillotine, fire and hot melt gold. These are fascinating, but sometimes creepy.

The play was particularly criticized for violence against women. It is worth noting that in 2015, Missouri female senator Klein McAskie was upset by watching the story of the “small skinning” rape of Sansa. She said on Twitter that she no longer watches Game of Thrones. 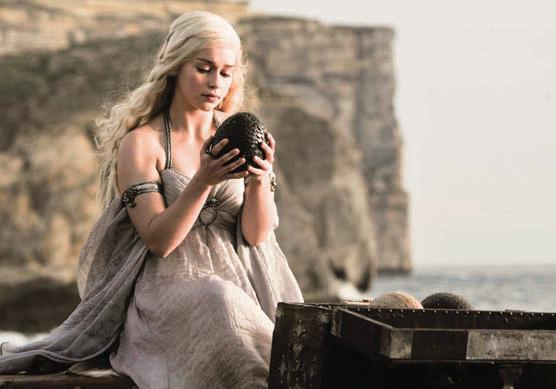 But the oppression of women is the central premise of the play, just like the TV series “The Story of a Woman.” “The Story of the Virgin” and “The Game of Power” both depict a comprehensive “reverse attack” of the female character, depicting a super utopia dominated by women. Undoubtedly, this is one of the reasons why many viewers are engrossed, because the main female characters in the play, including Sansa, Aria, Danielis and Cersei, are more likely than the males in the drama. More hierarchical. They are powerful survivors and are constantly strengthening.

From the beginning to the end, the story of women’s refusal to yield has been one of the highlights of the show. If “Game of Thrones” sometimes caters to the attention of male audiences with HBO’s unique female nudes, it also gives men an unforgettable image of women’s empowerment.

“Right Tour” 2.0
In the end, “Game of Thrones” created an ultimate Boss – the Night King and his different ghosts. Although they are one of the absolute fantasy elements in the show, in fact, they have been lurking in most of the background of the series, like a clock that survives the threat of all storylines and characters.

Be aware that TV shows are a medium known for their successful reproduction. So, will the game of power trigger the birth of a fantasy TV series? The answer is, it’s not there yet, and probably won’t be there—although HBO is trying.

No matter what kind of TV series “Power Game” belongs to, it is an extraordinary work. It is unique in its rich character characterization and visual presentation and will not be easily copied. It is one of the most dynamic stories of our time, no matter when and where it was born.