In 2018, the winner of the Best Director of the Cannes Film Festival in France and the Polish director Pawe Pawlikowski’s new work “Cold War” was released in the United States.

Since the “Sister Ada” burst in 2013, Pavlikovsky has been a “new” for anyone who wants to avoid the three-point art film. However, on a non-weekend afternoon, his new work, a high-cool literary romance, only attracted less than ten viewers to the cinema. Of course, there are also many loyal fans who have stayed in the end and appreciate the eggs after the subtitles roll—a Polish folk song.

“Cold War”, this film name is not very similar to a love film, more like an international political film, or a historical film. But the name most directly explains the background of the story and the span of time—from Poland in 1949, Warsaw in 1951, East Berlin in 1955, to Yugoslavia, Paris, etc., spanning 15 years. 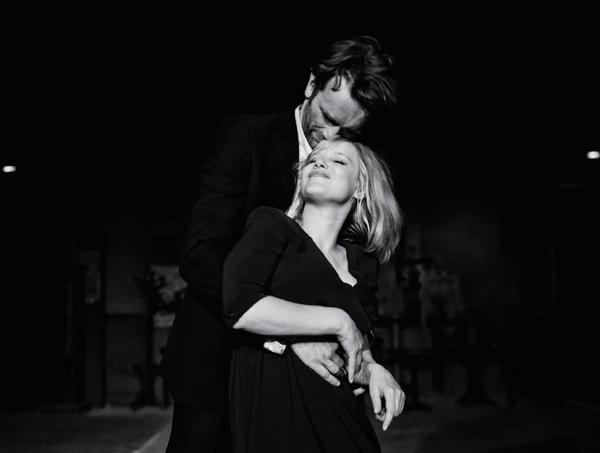 It tells the story of the hot love between Poland and the free and indulgent Paris under the rule of Stalin during the Cold War in the 1950s, a free-spirited musician Victor and a passionate young female singer Zura. The two are not exactly matched, but they are destined to entangle.

Polish version of “Fanghua”
The opening of “Cold War” began in the landscape of a large Polish countryside. Two artistic directors sent by the country – actor Victor and another female musician, Jelena, went to the Polish folk to collect uncut songs and wanted to arrange a different performance. They recorded the songs and selected new song and dance actors for the Marzos Song and Dance Troupe.

Interestingly, this film segment of the song and dance troupe is particularly easy for the Chinese audience to think of Feng Xiaogang’s “Fanghua” and let the American audience think of “American Idol.”

However, Victor’s fancy is not so in line with the standards of the National Song and Dance Ensemble, but Zura, who has a desire to perform and a “careful machine”.

Why is Zura a “careful machine”? She first “double-song” the Polish folk song with another girl, and then asked herself to sing a climax of a Russian movie song. It was these moves that made Victor impressed her. In the future, Victor also swayed in front of his friends that Zura was “pretending to be a mountain people” and entered the folk song and dance troupe. Victor also said that although Zura’s voice is not the purest, “she has a kind of energy and spirit”.

Zura is not the most beautiful, the skin is even dark, but she not only attracted the attention of Victor, but also attracted the attention of another responsible person of the song and dance troupe. The film did not directly point out that the intrigue between the heads of the ensembles led to the deportation of Victor, but those who understand the political background of the ensemble should probably guess one or two.

In the end, this love was accompanied by government officials’ doubts about the country’s musical thoughts, the panic of the political environment of that era, and the hopelessness and distrust of Victor and Zura, which made a love under the Cold War and was also the Cold War. A piece of love that has been tampered with.

Awkward love, awkward film temperament
In fact, many people do not understand why Victor and Zura, two backgrounds and age-discriminating men and women, will fall in love. 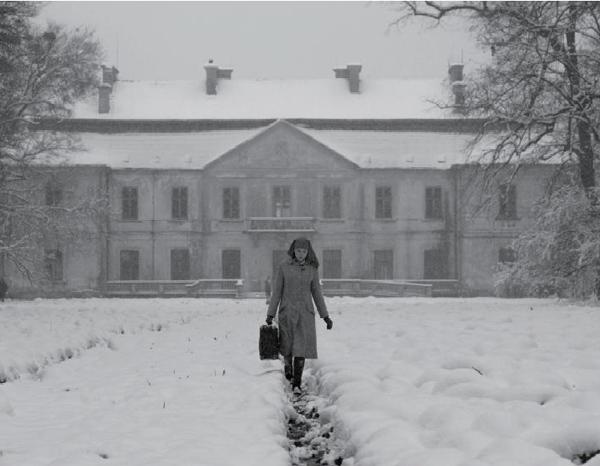 From the film we can know that Victor is a veteran musician with musical talent and longing for Western life and culture; Zura is a fledgling country girl.

At the same time, for Zula, entering the song and dance troupe is what she wants or is her purpose, because she wants to get rid of the criminal charges of hurting her stepfather. But because of these differences in personal background and values, the two are always divided.

On the way to the movie, many viewers often think that Zura has given up the work of the song and dance troupe and ran away with Victor to the West, can’t it?

Faced with this problem, if we don’t understand the background of Poland in the 1950s and 1960s, we have to freely imagine it. Perhaps it is difficult to leave the work within the system and our own country in the context of the Cold War. Perhaps Zula thinks that being with his motherland and his own culture is the most comfortable?

In addition to doubts, there are many netizens who criticize the hero and heroine for “making.”

Zura is a person who is extremely insecure. The background of the Cold War between the East and the West has increased her obstacles to stand out. While working in the song and dance group system, she has her own concerns and unresolved problems.

Victor has a musical talent and has a quest for art, truth, goodness and beauty. He has a very low tolerance for any propaganda performance. Unexpectedly, Victor can tolerate both love and torture and imprisonment for love – returning to Poland from the West.

What is love? Even if you live to the old, it may be difficult to understand true love. Only sigh: love has no national boundaries, love is probably the most elusive and blindest thing in the world, and love may happen between two completely different people.

As the lover of Victor in the film, a poet said: “When you are in love, you don’t realize the existence of time.” But director Pavlikovsky took a step forward, he let love and time This beautiful story is inseparable and difficult to cover.

If you say that love is about choosing which way to face the outside world, especially when this love is in the context of urban migration and real oppression, then Zura and Victor’s love is that they choose to face A way of the outside world.

It seems that most of the intense and loyal love ends with lyricism and death. The Cold War is no exception. At the end of it, the hero and heroine committed suicide together, which made people feel awkward and deplorable. It is also a logical ending. It is such an unexpected ending, full of ambiguous artistic temperament, which is like the overall style of this black and white art film.

In addition, the words “Dedicated to my parents” appeared at the end of the film because the film was directed by Pavlikovsky to commemorate his parents’ love during the Cold War. The name of the hero and the hero is the same as his parents, but the story is purely fictional.

In general, “Cold War” interlaces love and political chores and codes each other. 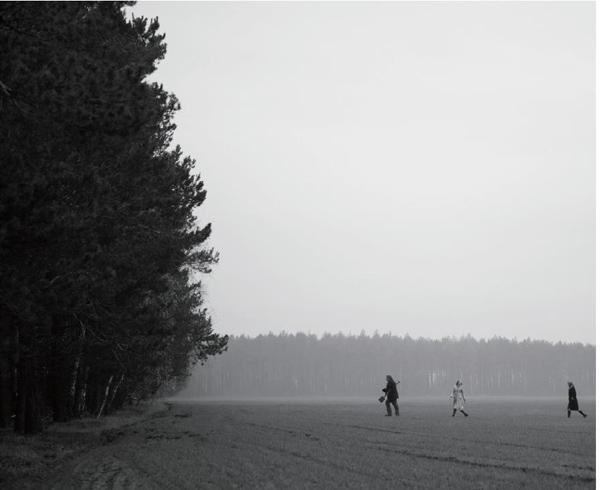 But if you are like an American audience sitting next to me and don’t know much about the political background of Eastern European countries in the 20th century, then you may not understand some of the plots, for example, why the hero is slammed by the heroine. Lost the work in the dance group.

Pavlikovsky constantly presents and promotes the intertwined metaphorical relationship between love, politics and art. Those who know little about the Cold War background will feel that the film is a challenge and a threshold.

The music of “The City of Philharmonic”
Like the director’s best-selling Oscar-winning foreign language film, “The Sister Ada,” “Cold War” also uses the director’s preferred black and white photography + 4:3 format. Among them, the choice of black and white photography not only represents the historical era of the past, but also a perfect metaphor for the story in the context of betrayal, expulsion, self-interest and loss. The composition of the film is beautiful, and there are also a lot of pictures left blank.

The music is excellent, no matter the male and female protagonists are divided and combined, it is always beautiful music. It has both folk songs, jazz, swing and rock.

For example, when Zura and Victor reunited in Paris, Zura was in the famous “Swing Around the Clock” dance by Billy Harry. At this time, in front of Victor, Zura is dancing with other men, and Zura seems to want to stir up Victor’s heart. This move is one of Zul’s unconfident expressions in front of Victor’s poet lovers.

“For a piece of music, what matters is not the notes that you pop out, but the notes that are not popped up.” This is one of the most influential musicians of the 20th century, American jazz musicians. · The famous words of Dulwich Davis. And this sentence is used in the movie “Cold War”, just right.

“Cold War” can be said to be a music piece full of silence and ellipsis. Each viewer can use his own understanding to fill the narrative gap between the film bridge and the bridge, and diminish the true feelings that are often unspoken. 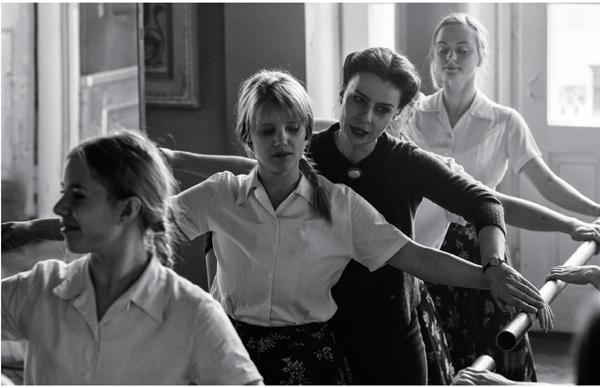 As a director of jazz pianist, Pavlikovsky’s treatment of music in this film can be compared with Oscar’s best director Damian Shazeler’s “The City of Philharmonic.”

In the “Cold War”, there is a section of Huacai interpretation of music: when Zura is going abroad to perform with Victor in Paris, Victor lets Zura perform in the club where he works, Zura sings again and again. The jazz music adapted from the first Polish folk song was very pleasant, and Victor also helped her make the record.

There is also a chorus version of Polish folk songs in the film, which happens to be the musical performance of different spaces in the East and West camps: socialist chorus vs capitalist jazz. The performance of Zura’s female lead, Yuanna Couric, in this section is superb and radiant; her singer’s freeze picture is like a classic album cover that can be passed down through the ages.

There is also a small detail at the end of the film: When Victor and Zura, who were released from prison, reunited, Zura had just finished the performance, and this time she sang a Latin-song song with singing and dancing, which is unrestrained. Add a diplomacy policy dominated by diplomacy in the Eastern European countries.

In Cold War, when the three most complicated and embarrassing themes of politics, love, and art are intertwined, any interpretation is possible, and any interpretation may not be accurate. This is probably the charm of the director Pavlikovsky’s work.