In this era, people’s consumption concepts are unconsciously changing due to changes in the market. Although many websites recommend advertisements that are cost-effective, use a title similar to “The monthly salary of 3000 is using high-end cosmetics?” “Crazy fruit 9.9 yuan and five pounds” is full of gimmicks to attract attention, but loves the night. Young people who are surfing have thought that they are just more than actual marketing.

On the contrary, the real big names sell some high-priced goods that are confusing, but they are more popular.

PUMA hired American singer Rihanna as the creative director of the women’s series, which almost reversed the survival of PUMA.

“Fashion IQ Tax” is paid by consumers all over the world. For a long time, the fashion luxury goods rely on the strong market base and the chaos has happened.

Luxury is the truth?
As spring and summer approached, the demand for bag accessories began to rise. In the autumn and winter fashion week of the opening year, the newly appeared ultra-mini bag instantly became a hot topic, and the eye-catching explosion watch.

Because it… is really small… you need to look for it, where is it?

The well-known first-line luxury brand LV, put on a presbyopic mini lipstick bag that can hardly hold anything. The official design note is that it was inspired by the jewellery case with the brand in the 1920s. But this new style simply can’t talk about any “box”, as the name suggests, only the capacity of a lipstick.

The lipstick bag, which sells for $1,390 (approximately RMB 9,400), even if it is bought, may only be used as a jewelry, and it is still difficult to find a package.

In addition, after the leading fashion brand designer Virgil Abloh became the creative director of Louis Vuitton, some objects in the life that were almost unrelated to luxury goods began to be included in the design list.

In the spring of 2019, LV launched a set of “wooden color pen set.” It flaunts the so-called “outdoor sketch collection”, but if you ignore the classic LV presbyopia printed on it, whether it is open or closed, there is no difference between a regular pencil bag that can be fixed with more than ten yuan. However, under the brand’s blessing, it is hard to mark the price of RMB 7050. It is doubtful whether it is too poor to be an ordinary art lover.

But this is only the beginning. Since then, Tiffany has produced a 18K gold paper clip, and the price has directly reached $1,500 (RMB 10,000 yuan). Regardless of gold and silver, it is a paper clip. As an office tool, what is the significance of getting a five-digit value?

If you want to expand your understanding of luxury fashion on its official homepage, you can try to search the Everyday Objects series. Although you can’t say that you will be more open-minded, it will give you a deeper understanding of what is “poverty limits me.” Imagination” –

The sterling silver yarn of 9,000 US dollars (about 60,000 yuan) is really a wool ball, and the sterling silver bird’s nest ornament of 13,000 US dollars (about 88,000 yuan) can be seen as a fog. When a jewellery brand can’t wear it, it’s hard to understand what kind of commercial and practical meaning this ultra-low-cost item has when it comes to making similar accessories with other materials.

Tiffany is not the first to introduce this kind of nonsense design, it is more likely to be inspired by high-end luxury clips such as PRADA, Bvlgari, Bottega Veneta. Chrome Hearts, a different style of Hollywood luxury brand, has a similar design, and its paper clips can sell for more than 900 US dollars (about RMB 6,100).

These brands, when launching their own main types of products, even if they are expensive, are still in the scope of understanding, just like LV bags, Tiffany jewelry. However, even if the prices of these products doubled, the heat generated by them is still not as good as the introduction of individual designs.

Just, who cares about the sales of color lead sets and paper clips? Who cares how many people buy LV to write students, buy Tiffany to clip documents? What these designs need is that the conceptual contrast can be the focus of the discussion. It is such a focus that it is possible to drain more non-brand users and to find out what people are eating.

It is like some trend brands, such as Supreme, even if you make a pair of 6,000 yuan chopsticks, it will be robbed in about half a minute. It is difficult to evaluate whether the brand is redefining the fashion aspect of life, or the price of the mass chasing fashion is that it is necessary to pay an “intellectual tax” that is completely inconsistent with the use and value.

Co-branded, is it worth the money or blindly hype?
Understand the luxury circle that the public may not care about, let’s jump out and take a different perspective to see which of the people’s brands are on the verge of fashion.

These close-knit businesses have also tried to open high-end feeders one after another. For example, the well-known “hole shoes” brand Crocs, first out of the price of 5700 yuan in the thick-bottom version, and then directly released high-heeled shoes series.

As far as the entity is concerned, the rich plastic sense and the over-the-top style of the over-grounded gas can not be said to be on the retro style, but also completely incapable of embodying elegance. It is hard to imagine how to fire up to four digits, or even to be robbed. .

The same thing about taking shoes, such as Converse, Vans, etc., they still maintain a consistent fashion sense, and did not introduce too many puzzling new (and of course), but they used another way to attract crowds to squeeze Head to pay “IQ tax” – joint name.

The so-called joint name, that is, two or more brands are jointly designed to integrate different fashion concepts into the same product. Cross-border joint names are not new, and this approach has become a new routine for merchant marketing. Although the price of single items has risen, the joint-name powders will imply that they are equal to buying two brands at a time, and only echo the sound of “buy, buy and buy” in their minds.

In the past two years, the number of Converse’s joint shoes has risen linearly, almost every month has new products, and the price has gradually subverted our past knowledge of ordinary canvas shoes, from the original two or three hundred, up to one or two thousand, even It is two or three thousand.

For example, the joint name of Converse and Off-White is about RMB 2,500 for ordinary models, and the resale of out-of-stock transparents is RMB 3,500 or more.

This is not the most exaggerated. Coca-Cola, who has always had a strong sense of presence in the trend circle, joined hands with KITH, and has a limited edition of Converse Chuck Taylor’s friends and relatives who have joined the three brands. It has been a daunting success to enter the “10,000 Yuan Converse Club”.

All major sports brands seem to have begun to feel that it is not fashionable enough to be unlinked. Nike, adidas, PUMA, etc., have sought cross-border cooperation.

The joint name easily broke the sub-district wall, absorbed the common concern of different cultural groups in the society, and turned this concern into a popular one, which had to be said to be very clever.

However, it may also be that the supporters blindly chase the brand to over-confidence. Just in April of this year, the sale notice of a store triggered a huge public relations crisis. The store displayed a poster, claiming that Converse’s classic 1970s replica black high-top shoes will be released for lottery. The rules require that the identity card, wear Converse related products, the purchase of the number, and the limited number of shoes.

As soon as the news came out, the instant frying pan on Weibo and the queuing of the purchase order led to the whole network crusade. The official had to make a statement apologizing, saying that he would never encourage any speculation, cancel the queue and draw lots.

Where there is IP, there are fans 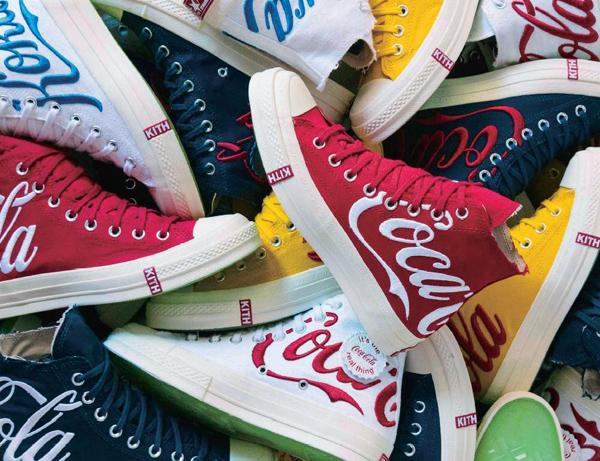 Recently, “Avengers 4” was hot, and the role of the Marvel began to bring goods, and more and more related products continued to emerge. In addition to the official goods, there are countless peripheral goods that can be called “brain disabled.” Ask, if you wear a hood or glove that is tyrant, can you really rule the universe or destroy half of your enemies?

If you take stock of the hot words of the past few years, one of the English abbreviations will account for half the sky – IP.

It is difficult for IP to use a simple language to describe what it is. Many people think that it is a novel, a film and television work, or a person, a specific image, but these are only the carrier of IP. It is more like a concept, and all products that can generate associations with this concept can be called IP perimeters in a broad sense.

The most popular in the market is the real-world re-creation of avatars. For example, the gloves mentioned above, as well as the treasure ball of Pokémon, or the card of the game king – who did not spend any money in his childhood, in order to collect game cards?

Among these film and television works, props that can fly into the sky and are filled with supernatural energy can’t play any practical role in three yuan. Buying may only satisfy the current “Secondary” fantasy, or as proof that it has been bloody in the future. Collection. But these “intellectual tax”, fans are willing to pay.

Those who just use the IP image and can use it in reality, such as the Pikachu and LINE Brown Bear launched by the famous pen brand LAMY, the price is more expensive than the ordinary version, but because of the unique IP attachment value, the fans also I feel worth it.

In fact, a detailed inventory, all of the “fashion” that can be understood or currently not understood, is largely due to the support of fans. The brand’s idea is strange, as long as it can resonate with fans, it is valuable and meaningful. 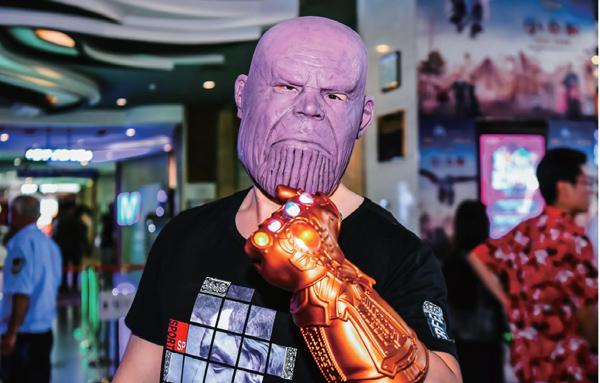 Aesthetics vary from person to person due to culture, and hotspots are constantly changing in a highly competitive market environment. If you feel that your financial ability is sufficient to support, pay more taxes, and gain happiness, why not?