Trump signed the Cyber ​​Security and Infrastructure Security Act, which upgraded the Bureau to the same status as other departments under the Department of Homeland Security.

The United States, as a free trade advocate, has always been considered to uphold a principle: trade is trade, politics is political. But this “two non-interference” is limited to situations where trade does not involve security. In the spring of 2018, Trump issued an executive order to permanently ban Broadcom from bidding for Qualcomm. The reason is that Broadcom with Singapore background may weaken the research and development of Qualcomm’s 5G technology, making the US’s untrustworthy network companies gain a dominant position in the 5G field. Damage to US national security. A network company bidding case triggered the president to use administrative orders, which shows that the United States attaches importance to cyber security.

In fact, cybersecurity is just an extension of the global intelligence network that the United States has been paying attention to since the Second World War in the context of new technologies. Before the Internet era, the United States spread an invisible intelligence network to the world and collaborated among trusted allies. Collecting and sharing intelligence in the security field is the legend about the “five-eye alliance.” In the context of the rapid development of internationally disordered and untrusted powers, the cooperation mechanism as a product of the Cold War has continued to strengthen; allies who have not been in the “Five-Eye Alliance” are gradually moving closer, hoping to be shortlisted, such as Japan and Germany. .

a global intelligence network
The public’s attention to the “five-eye alliance” began in 2005, when only the core intelligence agencies of the finalists were aware of its existence. As a product of the Cold War era, it was designed to fight against the Soviet Union. In the 21st century, it found reasons for rejuvenation against untrusted powers that could damage America’s global dominance. And 5G technology is the basic carrier of future network communication technology. The network companies with leading advantages in this area are closely watched by the “Five Eyes Alliance”.

Allies who were not in the “five-eye alliance” have gradually moved closer, hoping to be short-listed, such as Japan and Germany. 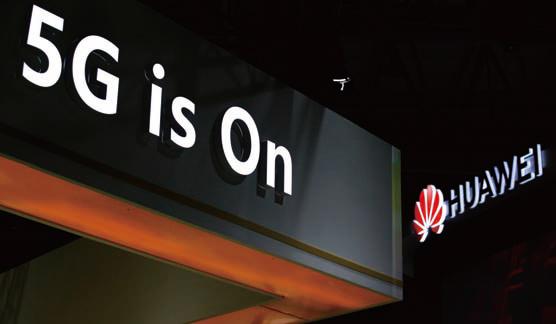 The alliance is highly confidential and how it works, the outside world knows only through the documents that are now disclosed. The 1946 agreement provides that the two countries agree to exchange the following products related to foreign communications: traffic information collection; access to communications files and equipment; traffic analysis; cryptanalysis; decryption and translation; sharing of information about communications organizations, procedures and equipment. During the Cold War, the alliance played an important role in fighting the Soviet Union. The United States and the United States have tasted the sweetness of intelligence complementation. For example, the US submarine tracking the North Atlantic and the North Sea, the United Kingdom can share this information. The United Kingdom, as a former monitor of the empire that has not been established in the world, especially in the Middle East, is also very important to the United States.

Alliance members have specific divisions in global intelligence gathering: UK monitors Europe, western Russia, the Middle East and Hong Kong; the United States oversees the Middle East, China, Russia, Africa and the Caribbean; Australia is responsible for South Asia and East Asia; New Zealand is responsible for the South Pacific and Southeast Asia; Canada Monitoring Russia and the interior of China and parts of Latin America. The division of labor does not mean that the parties can only collect information from the designated areas. In terms of operations, there is a division of labor and cooperation. The alliance not only collects information about national security, terrorism, and competitors, but also collects personal information. Both British Princess Diana and South African President Nelson Mandela were once monitored.

In 2018, a network company bidding case once again made the “five-eye alliance” a hot spot. With its superior position in the alliance, the United States has used the diplomatic means to narrow down the existing scope of intelligence sharing and tried to lobby the other four countries to boycott Internet companies from untrustworthy countries, alleging that the latter’s products may contain spies. Procedures that endanger the security of the national network system. In this regard, the UK adopts a compromise position that does not restrict the participation of companies in non-trusted countries, but limits its involvement in the core areas of its domestic network system.

When the US White House cybersecurity coordinator Rob Joyce visited the UK, he said: “Because the networks in the core areas of the five countries are closely connected, we must make sure that there are no networks from non-trusted countries. The company is involved, no matter which country it comes from. We need to define which are the core sensitive areas.” Facing the outside world, the United States and the United States may weaken the “five-eye alliance” because of the different 5G positions. The head of the British Cyber ​​Security Center, Xia Lan Martin (Ciaran Martin) said: “No differences will affect the sharing of information within the Five-Eye Alliance. In the past we have resolved many differences. This is still the case. The company’s access to 5G technology, regardless of the final decision, the alliance. The original intention of strengthening collaboration internally to maintain cybersecurity will not change.”

There are many channels for information sharing in Western countries, such as NATO, but there are too many NATO members, and there are differences in internal interests. Therefore, information sharing is also limited. For example, the United States may be able to share information with France and Germany on the Middle East issue, but no country will be willing to share everything with other member states. In many cases, the sharing within this alliance is more of an exchange nature, but the “five-eye alliance” is based more on long-term trust.

And trust is also damaged. The Manchester bombing investigation launched in the UK in 2017 was leaked by US officials. The NBC and CBS television networks reported the survey in advance based on the details disclosed by the official. After British Prime Minister Theresa May protested to Trump, Trump ordered the Ministry of Justice and other agencies to intervene in the investigation and sent Secretary of State Tillerson to London to meet with British Foreign Secretary Boris Johnson to calm the anger and make up for the loss of trust.

Reflection based on own experience
From the dispute between the United Kingdom and the United States on 5G technology access, it can be seen that the United States maintains a high degree of vigilance against network providers in countries that do not trust. This actually comes from reflection based on its own experience. After the “9.11” terrorist attack, the US government implemented monitoring through the network or communication company, and went further and further on the road of acquiring information.