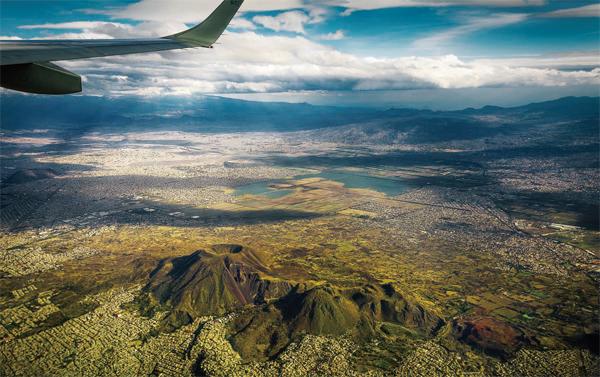 Mexico City under the plane

Close your eyes, I seem to have passed through the time.

It was a Friday night in July 1956, and my 31-year-old grandmother had just walked into the door of the Geneva Hotel in Mexico City and was about to start a trip. She started from Toronto and sat down for a full five-day bus. The whole person looked tired.

Today, more than 60 years later, the 26-year-old I also came to the same hotel to start a similar trip.

I have been in Mexico City for several hours, but I still haven’t slowed down from the fatigue of the flight. I can’t imagine how difficult it is for a grandmother to travel by bus when the plane is still not popular. For the past 4 years, I have been working in Medellin, Colombia, and I have no suitable opportunity to travel to Mexico City.

a travel diary
Some time ago, my mother cleaned up her grandmother’s relics and pulled out some letters in a small iron box with a grandmother’s travel diary in Mexico City. She carefully recorded her daily trips, visits, and stays. The hotel even has several receipts for the commissary.

Grandma’s diary took my heart to Mexico City. I decided to follow her footsteps and explore the old town with centuries of history across time with my grandmother.

My grandmother died when I was 14 years old. There is not much memory about her. I only vaguely remember that she is always very patient, with silver-gray hair, giving a gentle and honest feeling. Grandma was born in China and her parents are missionaries. In the years of 20 or 30 years old, she worked as a nurse in the United States and Canada, taking the opportunity to travel all over the corner of North America. Later, she and her grandfather settled in the small town of Thorold in Canada, raising four children to raise an adult.

Every step in this ancient city seems to be able to hear the grandmother’s footsteps echoing in the ear.

I still remember that every summer, my cousin and my cousin will return to my grandmother’s house for the summer vacation. She asked us to write a diary every day. When the weather was good, we drove a small truck to take us to the nearby pond to catch the frog. Sometimes, she found that I was not too happy to make trouble with the naughty boys. I took me to the shade of the tree, circled me in my arms and told me stories.

But my grandmother didn’t tell me how she told her when she was young. Mom also said that when they were young, they did not listen to their grandmother’s own experience. So we hold those letters, such as the treasures – maybe these yellow pages will lead us to a completely different grandmother.

My thoughts returned to the Friday of 1956. At that time, the grandmother was still very young, curious, bold, free and easy, and advocating an unfettered life. She crossed the border and stayed alone in the desert of the yellow sand for several days. At that time, local women rarely went out to show their faces, and most of them took their children to do housework at home. But the grandmother did not care about the eyes of others, still free and free to explore the unknown.

The pages in this book have been crumpled, and some of the writings are illegible. I vaguely saw my grandmother write: I took the bus and set off from Toronto to start “the leisure time in Mexico.” 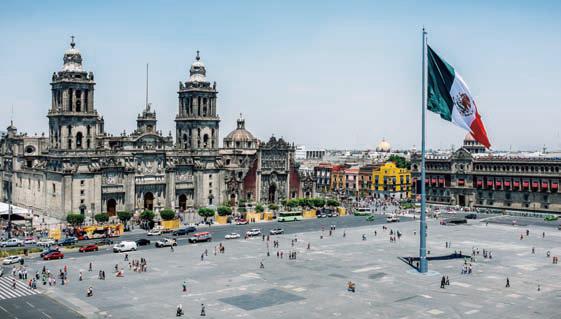 She sat on the bus through Detroit, Michigan, Indianapolis, Indiana, Memphis, Tennessee, and Laredo, Texas. Grandma wrote: “When driving all the way south, the bus is getting more and more swaying. It seems to be falling apart… The roadside is full of broken cars. Our car is still stuck, but the air conditioner has already gone on strike.”

Grandma’s footprints
Today’s Geneva hotel is very luxurious, and it must have been good in the past. Opened in 1907, this hotel is the first hotel in Mexico to allow women to stay alone. For me and my grandmother, the Geneva hotel itself may be an important destination. The lobby has a floor-standing library and large chandeliers that look like scenes from old movies. On the first day, I was not willing to leave the room.

But my grandmother can’t live like me. She arranged the four-day itinerary, and the hotel was just the base camp where she came back to sleep. She went to Puebla, 135 km southeast of Mexico City, and went to Teotihuacan, the holy land of the Aztec civilization.

The remains of Teotihuacan are located about 40 kilometers northeast of Mexico City. Its central axis has a north-south axis called the “Undead Avenue”. When the Spaniards came to this place, they saw clusters of pyramids and thought that all the pyramids were mausoleums, so the avenue in this pyramid group was named “The Avenue of the Dead.” In fact, the pyramids in Indian culture are not mausoleums, but are used for sacrificial or divination measurements.

I plan to stay in Mexico City for 5 days. Every step in this ancient city seems to be able to hear the grandmother’s footsteps echoing in the ear. Walking up the three streets from the hotel, it is the famous Reform Avenue, also known as Refarma Avenue. On both sides of the avenue, there are many sculptures commemorating the famous figures and events in the history of Mexico and the Americas, including Kwatmok, Simon Bolivar, Jose de San Martin and Columbus. Among them, the most famous is the Independence Column, and the golden angel on the top looks at everything in the world. When Grandma visited here, she did not know what kind of story the angel told me.

During the five-day period, I took the subway in Mexico City and walked over to the places where my grandmother had listed. I also took time out to some places that she had not remembered but were most likely to have visited, such as Constitution Square.

The Constitution Square is the main square in the center of the ancient city. Since the Aztec era, it is the place where Mexicans gather. The governor of the history was sworn in, announced the royal court, the military parade and the independence ceremony. Today’s religious activities, reception of foreign heads of state, national celebrations and national protests were held here. The Mexico City Cathedral on the north side of the square, built between 1573 and 1813, is the largest and oldest cathedral in the Americas. 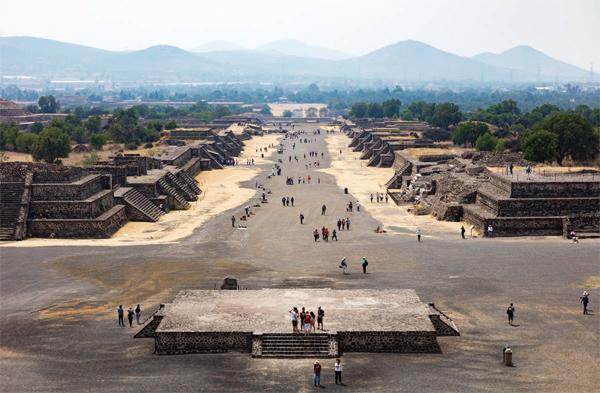 I stood there, put my hands in my pockets, emptied my brain, and watched people pass by me in groups of three and five, and suddenly realized an unprecedented privilege of solitude.

Family trait
For many women today, traveling alone is not a great thing. Although I have been working in Latin America for so many years, I am fluent in Spanish, but my family still does not trust me to travel alone.

For me, exploring a strange country on its own represents an indescribable attitude and strength.

I don’t know if my grandmother had the same feeling 62 years ago. At that time, she not only achieved economic independence, but also supported herself to explore the world. Perhaps it was also a force.

When I reviewed the journey of my grandmother’s life, I found that the power and courage of her exploration actually came from her family. During the decade from 1921 to 1931, she lived with her parents in China. Grandma’s first journey is from China to Canada. At that time, her parents took a vacation and took her boat for three months to float across the Pacific Ocean.

When her grandmother was an adult, her parents began to encourage her to explore the unknown and wonders of the world. For several months, her mother has been writing to her to persuade her to go to Panama with her family. In 1955, the whole family went to Panama. Their father wrote a travel note after the trip and sent it to friends and family.

When I was 20, I moved to work in Colombia, but whenever someone asked me why I was going to this country, I couldn’t answer it. I thought about trying it for a year, and it took four years to pass. This time I came to Mexico, I seem to suddenly understand something. Like grandma, she never needs any reason. When she decided to sit on the bus to Mexico, it might be because she just wanted to do it.

After my grandmother returned to Canada from Mexico, I met my grandfather. In 1958, they married and later raised four children.

Despite the steady life, the grandmother’s adventurous spirit has not diminished. She will drive the children across Canada, this time to the east, the next time I go to the west. When I was a child, she often taught me to recognize license plates from different countries and said to me: “Guess what kind of life is their country?”

Before her grandmother passed away, she went to China with her younger brother. She found the house she was born with just a little old photo. I suddenly realized that talking to the past during a trip may be really a trait of our family.