In Europe in the 18th century, there was a heated debate about why planets revolve around the sun. Newton and his supporters believe that the mystery of planetary motion lies in gravity; more people believe in the “vortex theory” of the 17th century philosopher and scientist Descartes. We all know that the outcome is that Newton wins. People gradually accepted Newton’s theory, and universal gravitation became scientific common sense. 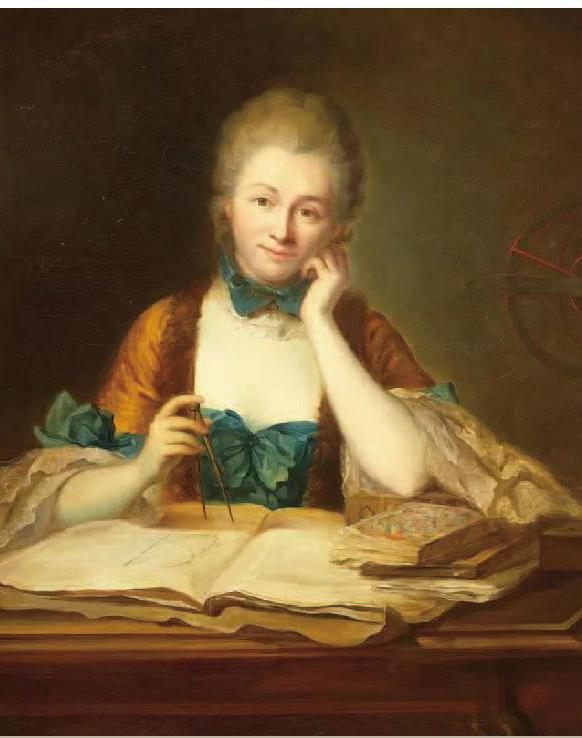 Two people have contributed to the popularization and spread of Newton’s theory in Europe. They are the French enlightenment thinker, writer, philosopher Voltaire and his lover Marquis Châtelet. The Marquise of Chatelet, whose real name is Emily Brett, is a gifted mathematician, physicist and philosopher. Regrettably, her achievements were obscured by Voltaire’s great aura, and many people only knew that she was Voltaire’s lover and did not understand her contribution to the cause of science.

Unusual lady
In 1706, Bretyi was born into a French aristocratic family. It is said that she was a child when she was a child, so she asked her to teach her fencing, horse riding, gymnastics and literature, and hope to use her talents to make up for her lack of appearance. Brettyi was very intelligent, especially interested in science and mathematics, but at that time it was widely believed that science education had nothing to do with women. Fortunately, the father discovered her talent, encouraged her to study on her own, and invited a friend of the scientist to teach her astronomy.

By the age of 12, Brettyi had mastered Latin, Italian, Greek and German, and showed more talent in mathematics and science. Sometimes money is not enough, she uses mathematics to design strategies to gamble, and the money is used to buy books and lab instruments.

When Brettyi grew up, he was able to make a move, and he was quick and quick. At the age of 18, she married the Marquis of Châtelet. After marriage, her life seems to be no different from other ladies: raising children, watching movies, dancing, and participating in various social activities, but her inner desire for knowledge never stops. In her view, the meaning of life lies in “self-satisfaction”, and knowledge is the source of her happiness. At that time, women could not go to college, but wealth and status helped her make up for this shortcoming. She invited a tutor for herself and also interacted with many well-known scientists and asked them for advice.

Research center in the manor
In the French society at the time, it was normal to find a lover. In 1733, 27-year-old Brettyi and 39-year-old Voltaire fell in love at first sight. At that time, Voltaire was already well-known, and was slammed into the Bastille twice for slamming feudal autocracy. Voltaire was exiled to England from 1726 to 1728, during which he contacted Newton’s physics theory and natural philosophy and was quickly conquered. In 1734, Voltaire’s new book “Philosophy Communication” was banned, and the court ordered the arrest of the author, who fled again. Bretyi used his contacts to help clear the relationship, Voltaire was allowed to return to the country and lived in a manor in Bretyi. 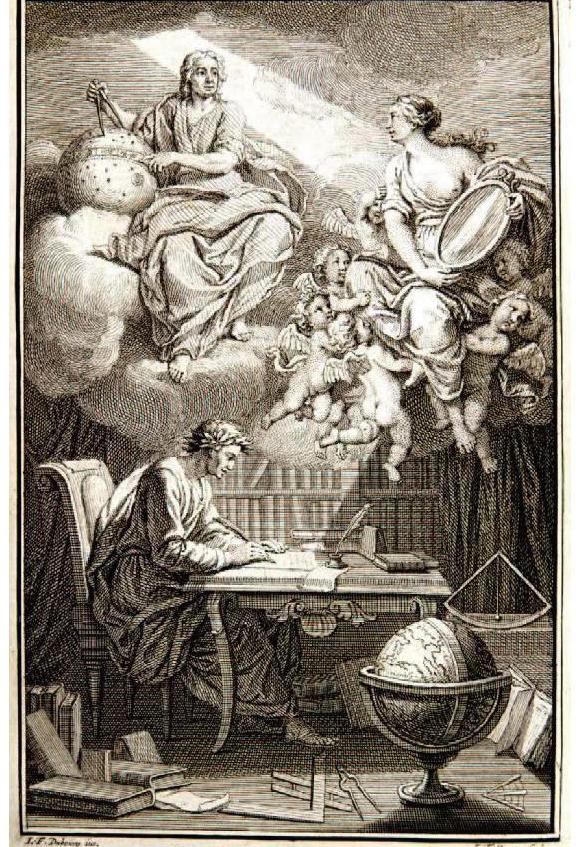 Bretyi turned the estate into a private research center. She has a large collection of books and has built a luxurious laboratory with equipment such as telescopes, microscopes, thermometers, balances, compasses, prisms, and cymbals. The two studied Newton’s work together in the manor, experimented together, wrote together, and received the literati and scholars who came here to enjoy life.

In 1738, the Royal Academy of Sciences of France launched an award-winning essay competition on the nature of fire, and they were excited to prepare for the competition. Voltaire believes that heat is made up of particles. In order to verify his point of view, he and Brettyi measured the quality of the metal at room temperature and under heating again and again. According to his speculation, after the metal is heated, the quality will increase, and the extra is the quality of the “hot particles”. After a few months, the results of the experiment were not ideal. Voltaire still insisted on his own opinion, and Brettyi had a disagreement with him, so they wrote the text separately. Both of them failed to win the grand prize, but they all won the nomination and were able to publish.

Brett’s paper is the first female author’s thesis published by the Royal Academy of Sciences. She put forward some forward-looking ideas in the text. For example, different colors of light have different energies and temperatures, which have been scientifically proven decades later.

At that time, many French people did not understand Newton’s theory, which made Voltaire feel very sorry. He co-authored “Newton’s Philosophical Principles” with Brett, and introduced Newton’s theoretical works to the reader in a simple language. Mathematics plays an important role in Newton’s theory. This is Voltaire’s weakness, and it is precisely that Brettyi is good at it, and the two are united and tacit. In 1738, the book was published, with only Voltaire’s name on the cover, but he introduced Brett’s contribution in the preface; in the first illustrator, Brettyi became the “Goddess of Truth”, using a mirror Newton’s light of thought was reflected in Voltaire’s hand holding the pen.

arduous task
Later, Voltaire concentrated his energy on literature and philosophy, and Brettyi continued to linger in the science hall. She is not satisfied with interpreting physics theory and then exploring their philosophical foundations. She published the “Basic of Physics”, summarizing the scientific theories of Newton, Descartes and the German philosopher and mathematician Leibniz, and harmonizing their differences. The name of Brettyi has spread throughout Europe with this book, but many people are not accustomed to women’s involvement in science and sneer at her. A German philosopher said that people who study scientific debates like Brettyi “should have a beard.”

Brettyi ignored all kinds of criticisms, and she had a more difficult task: to translate Newton’s “Mathematical Principles of Natural Philosophy” into French. At that time, this classic work was published for more than 60 years, and no French translation has yet appeared. Brettyi firmly believes that reason and mathematics can uncover the mysteries of the universe, and she wants the light of truth to enter into more people’s hearts.

“The Mathematical Principles of Natural Philosophy” is a great system. In addition to translating Latin into French, Brett has added a lot of academic comments. In the 180-page appendix, she clearly sorts out Newton’s main points of view, interprets esoteric mathematical deductions in words, describes the practical application of Newton’s theory, and supplements the relevant research results of her scientists’ tutors and friends.

Amazingly, she turned some of the key arguments in her work into calculus. Newton and Leibniz independently invented calculus, but perhaps Newton felt that the mathematical tool was so new that it was difficult for people to understand his theory through it, so he used elaborate geometric proofs to illustrate ideas in many places. And Brettyi converts these geometric problems into calculus.

The only “fault”
In the spring of 1749, Brettyi found herself pregnant again, which made her very upset. She loves children very much (she had three children, one of whom died), but her translation work has not yet been completed. She is 43 years old and this age is very dangerous. In a letter to her friend, she said that this old pregnancy may have her own life.

In order to complete the translation before delivery, Brettyi carefully calculated the pregnancy and worked hard day and night. She was too sleepy at night, and she put her hands in the ice water to drive her sleepiness. She finally completed this immortal translation a few days before giving birth. A week later, she died of a postpartum infection, and the daughter she gave birth soon died.

A few months before Brett’s death, her mentor and friend, French mathematician Claire, helped her to check the calculus equation in the translation, and later perfected the calculation of Newton and British physicist Halley predicting Halley’s comet regression. . In 1759, Halley’s comet returned as expected, shocking the world, this is a perfect proof of Newtonian mechanics. That year, Brettyi’s translation of the book was published (some of which was published in 1756). She should be very pleased under Jiuquan: she already knew that this comet is a proof of support for Newtonian mechanics.

Brettyi surpassed her time, she not only has a genius mind, but also a “uneasy” heart. The 18th-century lady did not spend time in the boudoir, but she swayed in the “traditional territory” of men and took out a world. She once said that if she is a king, she must let women have the same rights as men, especially in spirit. She was criticized and degraded during her lifetime, and she was soon forgotten behind her, but her works are like bright stars, always shining in the sky of history. To this day, her translation is still regarded as the standard French translation of the Mathematical Principles of Natural Philosophy.

Voltaire once commented on Breitly: she is a great man, and the only “fault” is to be a woman.