May 18 is your birth anniversary. If you count from 1977, this year is your 42 “big life.” Your birthday theme this year is “Museum as a cultural hub: the traditional future.” How do you stick to tradition and embrace the future when you are over forty? Presumably you have a lot of ideas. Here, I apply a cyber language as a birthday present to you: “If you want the glory of the king, you must have a League of Legends.”

Young and old
You are both young and old. Why is it ancient? Because the word “museum” originated from the Greek word “museion”, meaning “place of sacrifice.”

Who is Muse? She is the general name for the nine goddess of science and art in Greek mythology – in charge of history, astronomy, epic, love poetry, lyrics, tragedy, comedy, hymns and dance. From this we can see that you are born with the omnipotent and inexhaustible aura.

Xie Xiping, a forward-looking industry researcher, introduced that the world’s first museum appeared in the 3rd century BC, the “Muse Temple” built by Ptolemy Soto in Alexandria, to collect art from the expansion.

In the 16th century, there were two new words describing museums in Italy: “gallery” and “storage room”. However, they are rarely open to the public, mainly serving aristocrats, rich people and religious leaders. They are “not known to the deepest people”; at the end of the 17th century, the first university museum was built in Basel, Switzerland; at the end of the 18th century, museums in some Western European countries were successively Established and opened to the society, the museum’s function has made breakthrough progress.

Some foreign media said that “China is opening a museum on a surreal scale.”

“World Museum Day” was initiated and founded by the International Museum Association and is scheduled for May 18th each year. May 18, 1977 is the first World Museum Day, this is the origin of your “young”.

Museum change
From the 3rd century BC to the present, the role of museums in society has changed and changed. From the Louvre in Paris, the British Museum in London, to the St. Petersburg State Hermitage Museum (Winter Palace), the Metropolitan Museum of Art in New York and the Palace Museum in Beijing, museums of all sizes are repositioning and becoming more interactive. , flexibility, adaptability and mobility.

“Civilization is colorful because of communication, and civilization is enriched by mutual learning.” But for a long time, the museum is synonymous with tradition, dullness, and even old-fashioned; today it is like a train that travels through time and space tunnels. Hanging up the fashion, the new wave, the cute and even the little “skin” and the little evil car… It was so far away from us, but now it is so close. 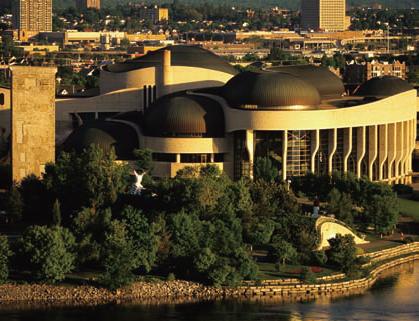 The museum is no longer just a cultural relics warehouse or exhibition space. It is gradual, phoenix nirvana, and finally shows people in a complex appearance on a certain day. Of course, to a large extent, the museum is forced by the audience. why? Because “the value of the museum is not what it has, but what it does” (Stephen Weil).

Forty is not confused. Now you should understand that persistence is the hard core of cultural resources and its vitality. The biggest difference between museums and natural resources lies in their persistence. Therefore, if the museum is likened to a cultural hero, then only the “League of Legends” can achieve “the glory of the king.”

In June 2018, the International Association of Theme Attractions, the Theme Entertainment Association (TEA) and AECOM jointly released the 2017 Global Theme Park Report and Museum Report, which listed the top 20 most popular museums in the world. . According to the report, in 2017, the top 20 museums in the world were generally flat, and the total number of visitors increased by only 0.2%. However, the museums in the regional/community market have different performances, and many new museums and Asian museums have performed well.

According to the statistics of the Ministry of Culture and Tourism, the number of museums in China has been blown out since 2008. By the end of 2017, there were 5,136 museums registered with governments at all levels across the country, and about 180 new museums were added every year. Faced with the speed of the birth of a museum every two days on average, some foreign media said that “China is opening a museum on a surreal scale.”

Most of these new museums are located as regional/community museums and exhibition institutions. Like Chinese private enterprises, they satisfy and ease the huge market demand. According to statistics, in the past three years, the number of visits per year in China has been around 100 million. By the end of 2018, the number of visits to museums in China has reached 1.008 billion.

It can be seen that while maintaining its original mission—collection, custody, communication, research, and exhibition—the museum has turned its development direction to maintain a close relationship with its communities. Only by being more appropriate to the local community and taking the initiative to assume social responsibilities, the museum can find a new law between sustainable development and how to better meet the spiritual and cultural needs of the people.

“Hero 2” – Technology
Zhang Yuwu, director of the Center for Cultural Resources Research at Peking University and professor of the Department of Chinese Language and Literature, analyzed that with the improvement of social education and income level, young people’s demand for high-grade aesthetic activities will become more and more vigorous, and high-quality culture and popular culture will be closely integrated. The trend will become more and more obvious.

According to an audience survey conducted by the Capital Museum, the number of visitors under the age of 18 and their families visited 43.9%. The Shaanxi History Museum also found that visitors aged 19 to 30 accounted for the largest proportion of the total number of people, reaching 44.62%. Many young people have visited local museums as a must-have item for travel.

It was very unwilling to have a friend visited the Louvre. I heard that the Louvre’s automatic voice explanation did not speak Chinese, so she did not care about the small device. As a result, many Chinese compatriots have found that there are many Chinese languages, such as China, Japan, Korea and Britain. There are more than a dozen languages ​​to choose from… “The loss is big,” the friend exclaimed.

“If you want to do something good, you must first sharpen your tools.” AI robots, glasses translators, holographic projections, naked-eye 3D, light field virtual, 3D printing, AR and VR technology, intelligent showroom control systems, face recognition, The popular black technology in the museum. Under the impetus of science and technology, the collection function of the museum has gradually weakened, and it is being transformed into a “scientist workshop”, a “technical commodity fair”, a “historic fermentation cabin” and even an “entertainment show”.

What is gratifying is that the popularity and progress of the Internet has greatly broadened the definition of the museum, which is almost equivalent to “re-creating” the museum, so that more people can feel the museum and the taste museum without having to walk into the museum. Culture and knowledge.

The Virtual Museum of Canada is an online museum in Canada with 500 virtual exhibits. The “Shadow Pavilion”, part of the Canadian Museum of Civilization, is a virtual museum platform created by Canada’s large and small museums and cultural heritage organizations. Users can search the history, culture, science and art of Canada on the Internet without leaving their homes. 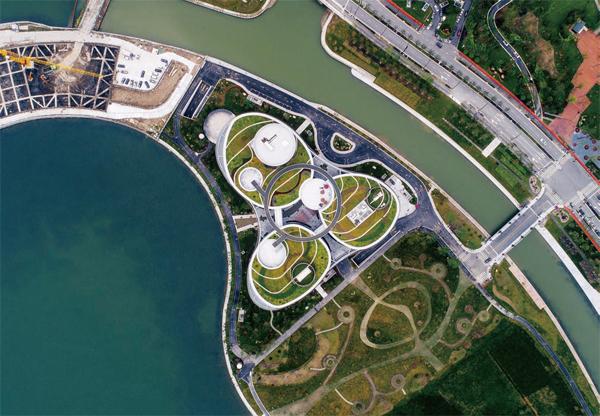 On May 16, 2019, the Shanghai Fengxian Museum was opened. The first exhibition to be opened was the Yongzheng Palace Cultural Relics Exhibition.

In addition, the museum also has virtual exhibitions, educational resources and 900,000 images, both in English and French. This point is far better than Germany, which does not take tourism and museums as its main economic growth points. When I was traveling in Stuttgart, Heidelberg, Karlsruhe and other places in Baden-Württemberg, Germany, although the local attractions and historical sites are scattered and there are many museums, the consistently rigorous Germans have indeed achieved the “original taste” – many cultural relics in the exhibition area. The text is Latin, but the Germans don’t say that they are marked in English. Even German is too lazy to do it.

“Hero 3” – Innovation
The strengthening of the educational function of the museum is inseparable from the innovation of the form of education. For example, the Russian dolls with the Chinese characters “small fists lick your chest”, the crown of the head, the German metal frog holding the book, the French candlestick made by the family portrait, and so on.

The museum’s traditional culture and educational functions depend on the utensil culture. With the utensils left behind, the “month” of culture is bound to be eclipsed. Therefore, we can’t imagine the Louvre without the Mona Lisa, the British Museum lacking the Rosetta Stone in Egypt, and the Forbidden City without sculptures, ancient buildings, ceramics, and text… “The picture is poor” Open map and 匕, “When you return to Zhao”, you can have no jade! Behind one piece of artifacts, there must be a cultural password. The process of cracking these passwords is a strange story.

How to make the museum’s artifacts “live” and make the audience happy? Every museum can carry out “brainstorming” and come up with a path of related and even irrelevant diversification, such as digging into IP to engage in cultural and derivative products, and forming a cross-industry alliance.

In this regard, the achievements of the Palace Museum are obvious to all. Wang Zhiwei, director of the Palace History Editing Room of the Forbidden City Press, said that the Palace Museum has incorporated collection resources into books in a creative and interactive way, attracting young people to get close to traditional culture. However, he also reminded that the excavation and publication of the museum’s surrounding themes can not only flow through the simple collage of popular elements, or the brains of historical knowledge, but must be good at capturing the needs of different age groups and find resonance with the public sentiment. The entry point.

Coincidentally, overseas museum books also have similar innovative game designs – “Bring the Picasso Museum home” is a set of interactive art table games that you learn while playing. The book is presented in the form of a magnet case. The main body is a well-documented Picasso biography, and several interactive accessories, including the portable folding “display wall” of the Picasso Small Art Museum, can be simulated into a small exhibition.

Many young people have visited local museums as a must-have item for travel. 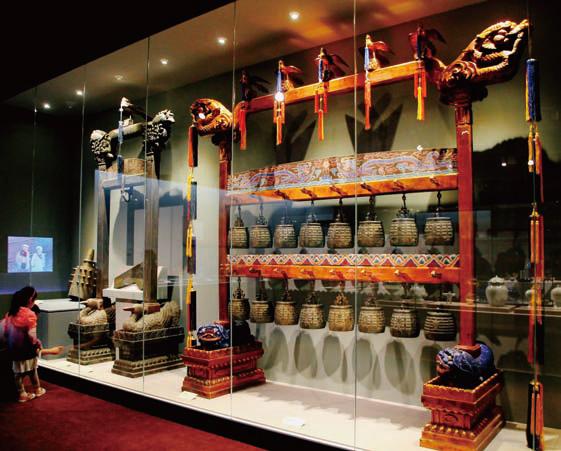 On May 19, 2019, the Capital Museum, the Beijing Classical Garden Cultural Relics Exhibition, and the treasures of the town garden were unveiled.

In addition, the super special exhibition is also the museum’s unique skills. This method is like the “three-pointer” in the NBA. Its gold content, resource integration level, and gold absorption are often extremely high.

In 1974, the Metropolitan Museum of Art hosted the “Treasure of Tutankhamun”, which was exhibited in six major venues with a total audience of 8 million. In 1996, the Philadelphia Museum of Art’s “Retrospective Exhibition of Cézanne’s Works” was held in 3 It attracted 500,000 spectators during the month and created an economic benefit of approximately $86.5 million. In 2015, the special exhibition “Imperial Van Gogh” was introduced to China, causing a sensation in successive cities such as Shanghai and Beijing. It is foreseeable that there will be more cultural exchanges between museums in different countries and regions in the future, and more museums will attract and educate the audience in the form of super special exhibitions.

In April 2019, the “Return – Italy Returns China Lost Cultural Relics Exhibition” was opened at the National Museum of China. 796 pieces of Chinese cultural relics lost overseas were officially exhibited for the first time after returning to the motherland.

Why is the Avengers League good-looking? The key is not how to revenge, but how to alliance. On this occasion, it is shared with the World Museum Day.