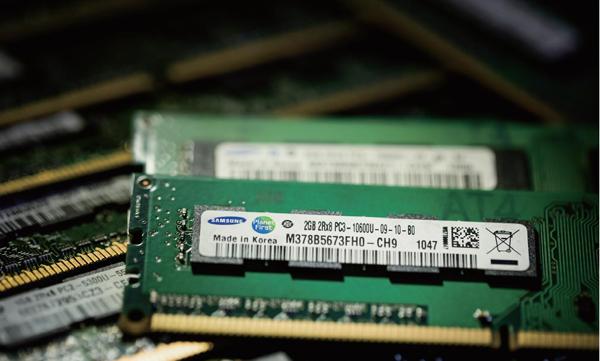 On May 28th, South Korea’s Samsung Electronics introduced the MM101 and SE8A chips for power transmission controllers, supporting the latest fast charging standard USB-PD 3.0. The maximum output power under this standard is six times that of most smartphones.

In the context of the Sino-US trade war, despite the fact that Huawei’s “prepared tires turn around one night” is a long-term face for the Chinese people, the gap between China’s chip companies and Samsung’s top chip companies is still relatively large. And Samsung’s chip business from scratch, from weak to strong development history, it is particularly useful for reference.

Giant born in the ruins
On the other side of the Yellow Sea, the narrow and thick South Korea is far away from us. This is one of the few Asian countries that suddenly emerged as a developed economy after World War II. Samsung is also the largest company in South Korea. The “Hanjiang Miracle” in South Korea is actually a “Samsung Miracle.”

Some people ridicule that there are three things that Koreans can’t avoid in their lifetime, namely death, taxes and Samsung. Samsung, which covers the sky, has about 20% of Korea’s GDP.

More importantly, Samsung’s influence far exceeds the scope of South Korea. In the current global mobile phone industry chain, Samsung has not been absent from all links. People usually call the three major components of the mobile phone: CPU, memory and LCD panel. The latter two Samsungs are the world’s number one, and the chip foundry is the world’s fourth. Taking memory as an example, Samsung DRAM has a 50.2% share and NAND flash has 36.6%.

At present, no matter how famous mobile phone manufacturers, it is difficult to leave Samsung. Apple is well-known throughout the world, its panels and memory are produced by Samsung, and the CPU is also looking for Samsung OEM. Huawei and HTC have suffered huge losses because of Samsung’s “weaning” of key components—the former lacks UFS flash memory and the latter lacks OLED panels.

Apple is well-known throughout the world, and its panels and memory are produced by Samsung.

However, 60 years ago, probably no one would have thought that South Korea, one of the poorest countries in Asia, would have produced such a chip giant.

In the 1950s, the advent of the Iron Curtain made the West Bank of the Pacific Ocean unquiet. The outbreak of the Korean War almost turned the North and South of the Korean Peninsula into ruins. The population of young and middle-aged people died in large numbers, and the city and industrial and mining enterprises were devastated.

On the other side of the Strait of Ma, it is a completely different scene. The Korean War caused the United States to relax its restrictions on Japan, which defeated the country in World War II, and sent a large number of orders for munitions to Japan. The “special needs” made the Japanese economy recover quickly. In 1965, Japan’s total GDP reached US$91 billion, about 30 times that of South Korea ($3.1 billion), even though it was 8.5 times that of South Korea. 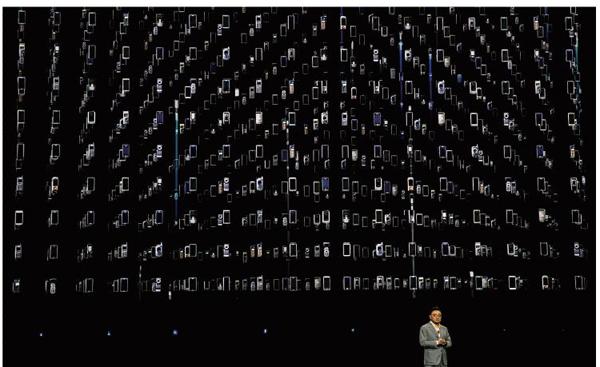 The important industry in Japan at that time was the semiconductor electronics industry. In 1971, the output value of the Japanese electronics industry reached 9.45 billion US dollars, second only to the United States. In the chip field, Japan is even more unique. By 1985, Japanese DRAM chips accounted for almost 80% of the global market. When the Japanese generation, Ikeda, visited France, he was dubbed the “semiconductor salesman” by French President Charles de Gaulle.

In the sixties and seventies of the Japanese electronics industry, Samsung was already a well-known large enterprise in Korea. At that time, it also produced chemical fertilizers and processed agricultural products, and its scientific and technological strength was not strong.

However, the founder of Samsung, Li Bingyan, who has been in the business for many years, has keenly judged: “Due to the long-term economic downturn in the world and the enhancement of trade protectionism, the development model of relying on a large number of exports to enhance national strength has reached a certain limit, and electronic products are The industry that is most suitable for the Korean economic development stage.”

From “stealing art” to independent research and development
“Is this a joke?” South Korea, which has just solved the problem of food and clothing, wants to develop high-tech products such as chips. When the news came to Japan, it was a sneer. The CEO of Mitsubishi Corporation of Japan said unceremoniously, “For South Korea, where the GDP level is low, the semiconductor industry is not suitable,” and publicly announced “four reasons why Samsung cannot develop chips.”

Li Bingzhen was not discouraged. He sent employees to the famous chip companies such as Micron and Sharp in Japan to learn the initial technology of the semiconductor industry. However, the “apprenticeship” has suffered setbacks: Micron initially stated that it would provide Samsung with a design drawing of a relatively backward industrial chain for US$4 million, but it soon changed its mind and canceled the agreement on the grounds of peeking at the literature and drove away. Samsung employees.

Although Sharp allowed Samsung to send personnel to visit, it was also strictly guarded, and Samsung personnel were not allowed to approach the latest production lines. Even basic data such as factory area refused to be provided. Samsung personnel can only remember some details through their own brains. For example, a researcher records the approximate area of ​​the factory and other parameters through the distance between his fingers, height and number of steps. For example, the factory production line is “30 steps wide and long. Step 222″.

Under this circumstance, if “study art” is not successful, it can only “stolen art.” Samsung privately invited Japanese technicians to come to Korea to play, grand hospitality, hired them to be “Sunday Engineers”, and flew from Japan to Korea on weekends to give Samsung technical guidance. In this way, Samsung has the original technical strength.

The success of Samsung is not only inseparable from the good “Mr.” of Japan, but also inseparable from the good students taught in the West. In the period when Samsung Sangu Maoyi hired technicians, Korean students who went to developed countries in Europe and America in the 1950s and 1960s returned to China and returned to China to invest in national construction. Samsung seized the opportunity to hire nearly 140 technical personnel familiar with the semiconductor industry.

Li Jianxi realized the “leverage of strength” and changed the crisis into an opportunity.

Li Bingxi’s youngest son, Li Jianxi, also returned from studying in the United States. This ambitious young man rushed to the public and boldly said to his father: “Dad, even if I am alone, I have to try it!” He has been more than 50 times. Going to Silicon Valley to introduce technology and attract talents, and still believe in the bright future of semiconductor chips in the case of long-term losses. Many years later, this young man who was considered “paranoid” became a family member of the Samsung Group.

In 1983, the first chip factory that Samsung people were obsessed with was completed in the Xingxing area of ​​Gyeonggi Province and began mass production of 64-bit chips. Soon, in the US electronic consumer market, Samsung has developed 256-bit chips, 486-bit chips, and began to compete in the global chip market. In 1987, Samsung, which has been suffering for many years, finally achieved profitability in the chip business and was technically ahead of Japan.

In this year, Samsung founder Li Bing suddenly passed away. The entrepreneur who was born in the Japanese colonial era, with his tenacious will and excellent insight, has created a world-famous big company and overtaken the former colonists in science and technology. 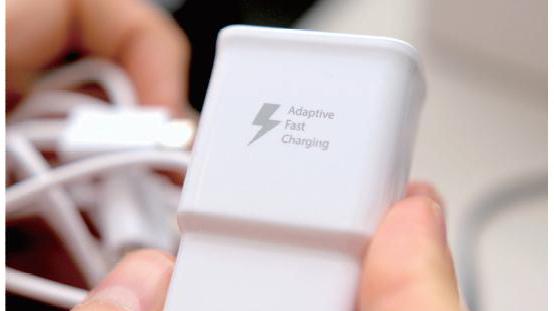 Under the fast charging standard supported by the MM101 and SE8A chips, the maximum output power is 6 times that of most smartphones.

Subsidiary father, continue to write legend
As the second-generation head of the Samsung Group, Li Jianxi inherited his father’s precise business vision, and he is even better in Philip. He has slashed off Samsung’s massive marginal business and concentrated its resources on core areas of consumer electronics, finance, trade and services. Of course, the most important thing is the semiconductor chip business that he had a close relationship with in his youth.

Li Jianxi pays special attention to product quality. On one occasion, the group’s products were collectively complained by consumers due to quality problems. Li Jianxi was shocked. He led the management to use the hammer to smash the inferior products on the spot and shouted the slogan “Change everything except his wife and children!” This slogan quickly spread throughout the three Korean soils, reshaping the brand image among consumers, and also won the respect of domestic and foreign counterparts.

In 2008, the international financial crisis broke out, and the price of DRAM chips fell from $2.25 to $0.31. Just as the manufacturers were sorrowful, Li Jianxi once again made a jaw-dropping decision with his unique style: breaking the boat and expanding production capacity!

Under the horror of the peers, Samsung Electronics used all the profits of the previous year to expand production capacity, thereby deliberately expanding the losses of the industry! Soon, the price of DRAM in the market fell below the cost of materials, and other manufacturers weaker than Samsung were badly hurt and were forced to withdraw from the market.

In this way, Li Jianxi realized the “leverage of strength”, changed the crisis into an opportunity, and consolidated Samsung’s oligarchy status. Since then, the entire DRAM industry has only three players, Samsung, SK Hynix and Micron. Among them, Samsung and SK Hynix two Korean giants together accounted for 75% of the market share, becoming a veritable industry overlord.

The history of Samsung’s development gives us endless revelation. Accurate judgments on the current situation, thirst for talents, high insistence on quality, unwavering determination and bold and flexible wrists are all key factors for Samsung to dominate. In the international arena of technological competition, we look forward to and call for China’s “Samsung.”