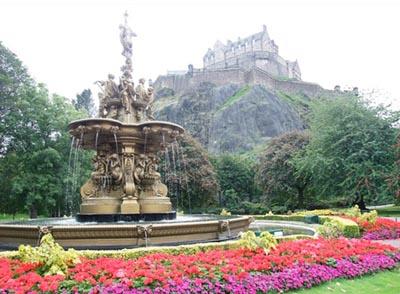 Edinburgh, located on the east coast of Scotland in the north of England, was founded in 1329 and is the capital of Scotland, a political, economic and cultural center, an important node on the Maritime Silk Road. As a long-established European city, Edinburgh has preserved its former style in the years, and it has a modern atmosphere with the tide of the times. The city is composed of two parts: the old city, the world, and the world. The ancient castle still has the same style, recording the grandeur of the past; the new city is elegant and fresh, and the popular Georgian architecture is pleasing to the eye, showing its vitality. The cobblestone ramp around the new Old Town, which quietly links Edinburgh’s past and present, is now listed in the World Heritage List by UNESCO, not only that, but also in 2018 in Edinburgh It has become a sister city with Putian City, Fujian Province, China, and has actively invested in the construction of the “Belt and Road” initiative advocated by China.

I was fortunate enough to walk into Edinburgh not long ago. On the second day of my arrival, I accompanied the local friends and first visited the ancient castle, which is a must for everyone coming to Edinburgh. The castle is built on an extinct volcano at the highest point of the old city at an altitude of 135 meters. It is magnificent and can be seen in any corner of the city. This ancient castle became a royal fortress in the 6th century. It was a long time ago as the administrative center of Scotland and the royal residence. It was not until the beginning of the 16th century that the Holyrood Palace was completed that it replaced the ancient castle as the main residence of the royal family. The ancient castle is still an important symbol of Scotland and has the reputation of “Scottish soul”.

As a royal place with high defensive ability and easy to defend and difficult to attack, the ancient castle witnessed many wars in Scotland. According to statistics, it has been subjected to 26 sieges in its thousands of years of history. And witnessed the whole of Scotland as one of the unified places, standing in front of the ancient castle in the former Royal Plaza, staring at the thousand-year-old castle standing on the cliff, I seem to see the people of Scotland reunion after the reunification Victory that passionate scene. 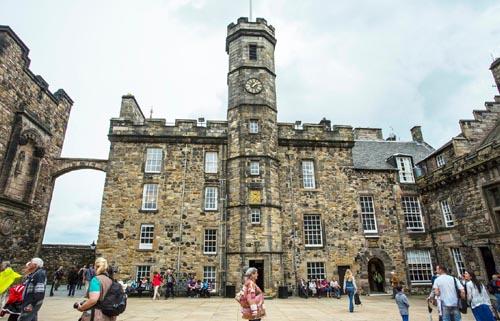 Stepping into the castle, a well-arranged cannon on the wall immediately caught the eye. These cannons were black and thick, and they were able to clearly see the importance and strictness of the place. After watching the cannon, I walked to the Military Museum. The museum displays various weapons and military uniforms from the Middle Ages to the end of the 18th century. They show the development and evolution of European military equipment. One of them respects 5 tons and was built in the 15th century. The gun, which made me stunned, is really hard to imagine. At that time, how did people build such a huge thing, and how to transport it to the mountains? Then I visited the Crown Room Exhibition, the Queen’s Palace, and every time I felt the royal supreme, luxurious and craftsmanship of Scottish craftsmen.

Walking out of the old castle, I turned to look back at this old building with ancient charms and years of wind and frost. I feel like a “historic old man”, quietly telling every visitor about the glory and vicissitudes of the past.

After visiting the ancient castle, my friends took me to the Prince Street, which is close at hand. This is a main street in the city center, more than one kilometer long, clearly separating the new old town of Edinburgh, the old town to the south and the new town to the north. There are many shops on the street, merchants are like clouds, crowds are bustling and bustling. However, I was not interested in shopping, so my friend said, “I will take you to the Princes Street Garden to see it!” “Is there a garden on the commercial street?” I was surprised. “Of course, not only, but also pretty!” said the friend. Soon we walked into the garden at the top of the commercial street. As soon as I entered the park, I was immediately shocked. The garden is very large. I have traveled through many cities around the world. On the main commercial street of pure gold, it is rare to see such a large garden. What makes me wonder is the garden. The beautiful scenery, the large green area, the fresh color is like the oil paint that the oil painter has just painted on the canvas, bright and dazzling; the various flowers carefully planted in the garden are colorful and colorful, which leads to the bee flying butterfly dance. The delicate flower petals are scented and scented by the butterflies and bees. My friend told me: “The place was originally a swamp lake, the water and grass covered the land, and the wild birds lived. At the beginning of the new city, the people who moved from the old city to the Prince Street in order to beautify the living environment, they invested in dredging and planting trees. The garden was built here. Later, after several generations of continuous construction, the current scale and appearance have made it a beautiful green heart of the ancient city of Edinburgh. Listening to the introduction of my friends, I seem to have seen the hard work of those who opened the gardens in the past, and I can’t help but pay tribute to them’s awareness of the living environment hundreds of years ago.

Walking through the garden, you can see the bagpiper wearing a red or a skirt from time to time, the typical costume and the sweet flute, as if to tell you – Edinburgh welcomes you. On the grass in the garden, there are many people sitting in twos and threes. They are sitting or lying, some books, some snacks and a few bottles of beer, enjoying the fresh air and the garden fragrance. I am afraid that when the gods see it, they will be embarrassed.

Walking and walking, suddenly a big clock made of green grass with flowers caught my eye. I couldn’t help but even claim that I was surprised. My friend saw my surprised look and smiled and introduced me to me: “This is the scottish flower of the world.” The clock, built in 1803, has a diameter of 3.5 meters, a needle length of 1.5 meters, a minute hand length of 2.4 meters, and a clock face consisting of 24,000 flowers. Each minute of the big clock, there will be a rhododendron jumping out. The world’s largest and most unique flower clock. “Looking at the azaleas that jumped out to smile every minute, I sincerely lament the creativity of the Scots – they combined nature’s flowers and life with life. So clever, so full of life. My friend told me that it is because of the secluded quietness in the central part of Prince Street, so he is known as “the best road in the world.” I don’t know who gave it to this beautiful name, but I think it is really worth it.

Walking out of Princes Street, my friends took me to the Royal Botanic Gardens in Edinburgh, one of the world’s five most famous botanical gardens. Entering the park, you will see a row of green corridors about 100 meters long and about ten meters high. These plants are lush, neatly arranged and very spectacular. They are like a green screen separating the scenery in the garden. Bypassing the green promenade, the trees in the park are everywhere, and the trees are covered with sky and clouds. The most fascinating flowers and plants from all over the world are in different poses. Blooming, some like a shy girl, low head down, with ambiguity; some seem to be charming and charming, passionate and unrestrained, all kinds of styles – from the orchids of Thailand, pink petals, such as beautiful butterflies, Slim on the branches, a pair of wings to swim; Japanese cherry blossoms, layered, colorful, blooming under the green leaves, giving a sweet smile to the passing pedestrians; American red roses, flowers, Delicate and flaming, always conveying festive messages… 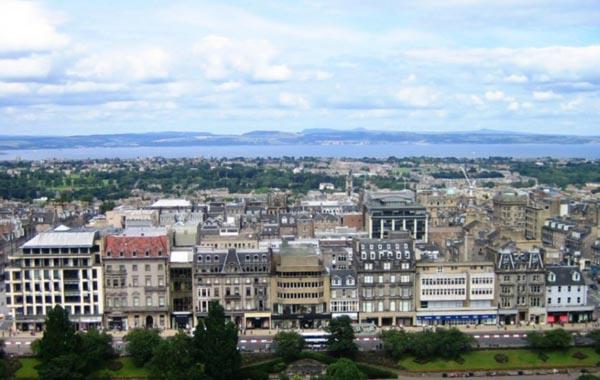 The elves of these plant kingdoms have gathered together into a colorful flower sea. They are full of enthusiasm and full of grace. They interpret the beauty of the beauty, let people enjoy the grace of different countries and flowers in one place, and the meaning of the World Expo will make you feel good. , lingering and forgetting.

The next day I came to the University of Edinburgh. Founded in 1583, the university is one of the six oldest universities in the UK, with nearly 18,000 students, of which about 16% are international students from more than 100 countries around the world. The campus can be described by the words ancient, green and beautiful. The ancient refers to the simplicity and elegance of the building. The oldest building was built in 1776. The deep vicissitudes of the building reflect the history and highlight the weight of the school. The United States refers to the good environment greening. The school looks green. There are large chunks of lawns and high and low trees. Colorful flowers are everywhere. They are decorated with campuses and are poured out. The fragrance of flowers and plants creates a beautiful learning environment for the students. Learning on such a campus must be a very pleasant thing.

I thought that Edinburgh was also so beautiful for the main streets, public places and parks, but after a few days of sightseeing, I found that, in fact, the entire city of Edinburgh is hidden in the green, almost no exposed in the urban area. Mud land, not only all kinds of public buildings, but also the lawns and flowers, even if there are some old houses in the residential area that have lost their dazzling colors, you can see the flowers carefully planted by the owner, or The potted plants and flowers placed in front of the windows and doors are really fragrant and green grasses, and they are full of vitality and flowers. The residents of some independent houses are even more unique. The fences in their backyards are actually made up of high plants. These plants are arranged neatly, just like a team of green guards. Don’t have a charm, this is where I am from other places. I have never seen it, it is really unique…

The time of the tour passed by. When I left Edinburgh, the old castle with thick history, the quiet and beautiful Prince Street Garden, and the beautiful old town of the city, all printed in my mind. In, it is a memory that will never be forgotten!