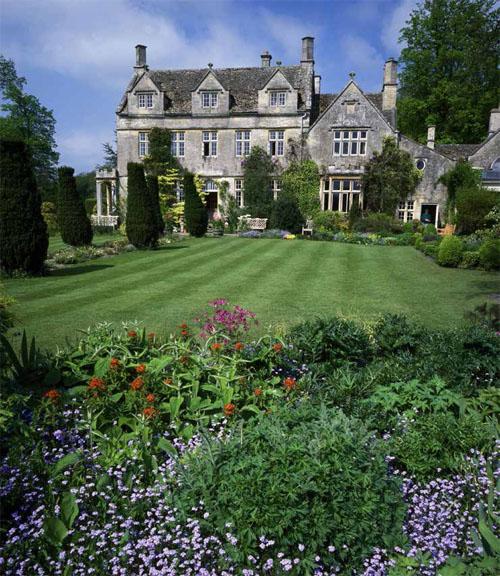 The Barnsley Residential Garden is one of the most beautiful English country gardens.

Rosemary Verey (1918-2001) is known as the Queen of the English Country Garden. Her most well-known is the Barnsley Residential Garden, which is located in the section with the honorary title of “Best Village in Britain”. Cotswolds. It is likely that Barnsley’s residential garden is more famous than Rosemary Villi, thanks to the popularity of high-quality photographic photos and cheap prints. Coupled with the tireless and enthusiastic propaganda of Villi, the garden has a deep influence on both sides of the Atlantic. By the end of her life, Rosemary’s 18 books, sales in the United States is better than in the UK, no matter where she is, she will be warmly welcomed by fans.

First entry to Barnsley Residence
Rosemary’s life was very dull, when her name was Rosemary Sandrands, her father was a native, and her mother was an actor. From the beginning of life, Rosemary has a wide range of hobbies. In her childhood, she mainly studied sports and equestrianism. As a sunny teenager, she entered the university of London in 1937 to study economics and mathematics, and entered the social world in the same year. Her life trajectory has changed.

Rosemary met David Villi, who is five years older than her, a member of the Royal Flintfire Corps, and a trained architect and architectural historian at Trinity College Cambridge. The two married in 1939, followed by Silk Mary gave up her studies. The Veri couple lived together in an apartment near today’s Heathrow Airport.

After the outbreak of World War II, David left the army. When he returned three years later, Rosemary became a strong independent mother, raising their first son alone. After the end of World War II, David began working in the Ministry of Housing and Construction of Gloucestershire. He did it for 20 years, so they bought a house there. Once again, Rosemary’s life returned to hunting, tennis, and church. And their 4 children turn.

In 1951, when Rosemary was 33, her in-laws moved out of the family property Barnsley Residence, and David and Rosemary moved in. The stone building, built in 1697, was expanded in the Victorian era. After David and Rosemary moved in, between the construction of the garden and the needs of the family, the family demand prevailed, so the residential garden gave way. A pond, a tennis court, and a pasture for the children’s pony. During this time, Rosemary began to teach her two daughters at home.

In the late 1950s, when children grew up or left home, Rosemary needed new jobs now, so gardening filled her free time and became her new hobby. David introduced her to study the medieval gardens of the 17th century. David also invited the famous garden designer Percy Cane to design the garden for Barnsley, but the garden of Kahn is no longer there, and the gardens of the Villis are gradually forming.

The Barnsley Residential Garden is actually a product of a couple’s collaboration, just as the Sissinghurst Castle Garden is the result of a collaboration between the owner, Vera Sackville West, and her husband, Howard Nicholson. . In Barnsley, David designed the layout, the garden’s skeleton, the garden structure and the landscape, and Rosemary used her brilliant plants to decorate and perfect the garden.

During the construction of the garden, Rosemary showed her talent, and she eagerly read classic gardening writings, such as all works by Gertrude Jekyll and William Robinson. And she got in touch with gardens around the world to participate in important horticultural events. Rosemary visited many famous gardens, such as Hidden (the most classic English garden of the 20th century), she entered the flower garden of the Royal Horticultural Society, and from the influential nursery companies, such as Nancy Lindsay Nursery Company buys plants.

David once modeled an old temple in Fairford Park where many people took pictures. He built one in Barnsley, also inspired by Fairford, with a circular pond and a hidden porch. David also designed the garden. In the middle of the road, and ordered the first sculpture in the garden: a circular memorial column. 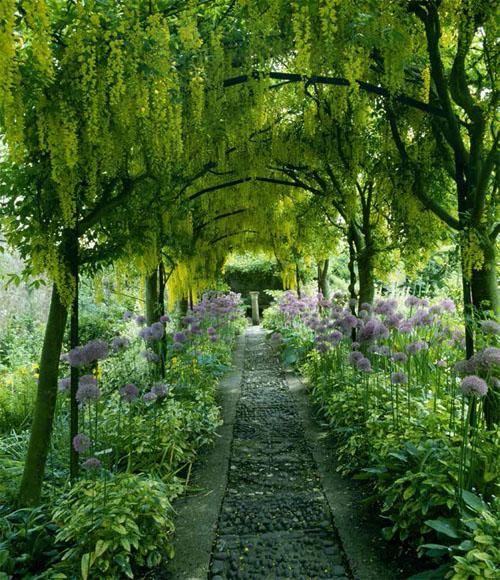 British style gardens are popular
Rosemary’s greatest contribution was the path of nectarines and large scallions. The Golden Chain Trail, praised by countless gardening enthusiasts, also appeared on the cover of Rosemary’s first book and was photographed by countless visitors, then imitated in his own garden. Rosemary’s other contribution was to create the Barnsley Vegetable Garden, a garden of decorative vegetables inspired by the reconstructed Villandry Castle Gardens in France. Rosemary has a strong interest in garden history. Her library of horticultural history books is huge. Based on these studies, Rosemary designed the garden as the geometry of the ancient song. Similarly, Rosemary also A classical knot garden resembling a carpet texture was designed.

The beauty of Rosemary Garden’s craftsmanship is that she draws inspiration from the ancient gardens, shrinks the classical gardens, recreates the Barnsley’s residential gardens, and adds flavor to her own beautifully cultivated plants. . This exquisite and beautiful garden was extinct in the UK before the start of World War II. In fact, the color, aroma and leaves of the plants are very important to the garden form. After many years of boring and omnivorous garden concepts, the decorative and exquisite gardens became popular again after Rosemary’s propaganda.

Rosemary also began to write, first to write an article, then to write a book, her literary springs, a steady stream, sometimes writing gardening, and sometimes doing some other beautiful garden photography collection work. “Classic garden design: how to adapt and recreate garden features of the past” (1984) is considered to be her most outstanding work, as well as “Winter” The garden in winter (1988), from the impact on the public, the 1980 edition of the British Women’s Garden and the 1982 edition have to be mentioned. As the reputation grew, Rosemary and David began traveling abroad and giving lectures. He talked about architecture and she talked about gardens. When David died in 1984, Rosemary felt very painful and lost. 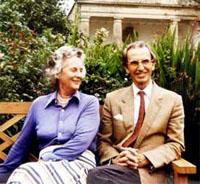 The Veri couple are in their own garden.

For a time, almost every year, Rosemary went to the United States to promote her book and make a keynote speech about the garden. Barnsley also attracted a large number of enthusiastic visitors. Barnsley was first opened to the public. In 1970, visitors flocked. There are many great people who have commissioned Rosemary to create gardens, such as Prince Charles, legendary singer Elton John, legendary designer Oscar de la Renta, and a department store in Tokyo and the New York Botanical Garden. An invitation was made.

Rosemary is good at communicating with people. She is also a great mentor. Although sometimes daunting, she is almost always in contact with the outside world to encourage other gardeners. On both sides of the Atlantic, Rosemary received many honors, including the British Empire’s official medal in 1996. Although because of health, in the later stages of life, Rosemary is always away from the public, but she is passionate about gardening and always spreads her knowledge passionately. Rosemary died in 2001. After her death, Barnsley was sold. Today it is a hotel. The garden is still roughly the same as before, but it also adds some new elements.