Since the 21st century, with a series of data accumulation and technological breakthroughs, large-scale support of finance and state capital, emerging technologies such as the Internet, big data, artificial intelligence, and life sciences are coming to a gateway that integrates and reshapes society. The vigorous development of emerging technologies not only poses challenges to human society at the ethical level, but also increasingly subverts the existing organization, production and life forms of human society. To this end, the journal establishes a column called “Technology Revolution and Social Change” to explore the complex impact of technological change on human social change.

A notable result of the new technological revolution is that a large number of non-human subjects, including robots, artificial intelligence, cyborg, etc., have begun to push humans out of a large number of traditional industries. The articles by Xu Yi and Xu Hui suggest that the manufacturing industry in China’s industrial upgrading is undergoing two types of “machine substitution”, a deep integration and upgrading of the production process with the goal of “intelligence”, with the aim of upgrading products. The quality and seize the market competition opportunities, the other is the automatic upgrade with the goal of “provincialization”, the main purpose is to increase efficiency and reduce staff. Although the two types of “machine substitution” have different goals, they will bring about the polarization of the labor structure. 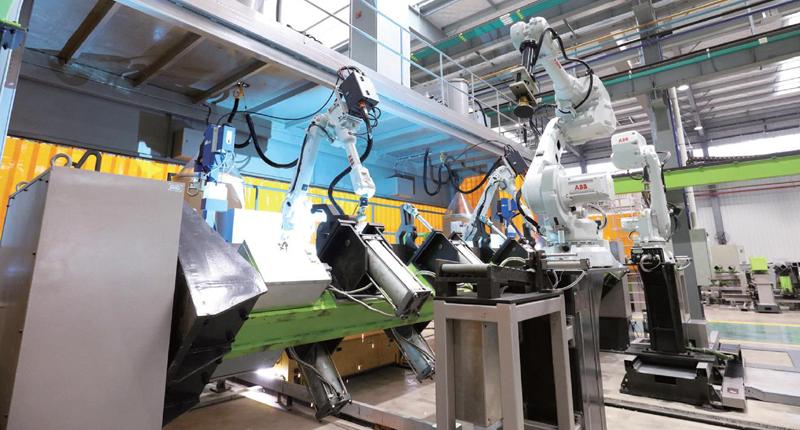 Chen Zifu’s article focuses on another frontier technology field, life sciences. Its flourishing development has enabled human beings not only to better “recognize life”, but even to “design life” and act as the “creator” of the new era, which also makes life The ethical legitimacy of technology continues to be questioned and criticized by academics and the media. In this regard, Chen Zifu pointed out that the active intervention of the objective world, society and even the human body itself has its practical significance, but the desire and ability to grasp the world behind this action is the core foundation of “people are people”.

For more than 30 years since China’s reform and opening up, the sustained and rapid economic growth has benefited from the integration of the comparative advantages of land, labor and environmental costs into global production networks. By setting up special economic zones and export processing zones, attracting foreign capital and technology, and vigorously developing labor-intensive industries, China has become a world-class factory. However, this global OEM model has also led to a high degree of dependence on export orders. Once the market in Europe and the United States is weak and consumption is sluggish, Chinese processing companies will face great pressure to survive and even bankruptcy. [1]

From another perspective, the main reason for the shift of labor-intensive industries on a global scale is “bottom-to-bottom competition”, [2] to find low-cost labor, which economists call the “population” of post-development countries. dividend”. [3] This bottom-to-bottom competition model will inevitably lead to the “sweatshop” problem that labor sociologists and labor rights advocates are concerned about, as well as the accompanying labor disputes and collective action of workers. [4] As the famous scholar Silver said, “Where capital goes, the conflict between labor and capital will quickly follow.” [5] Therefore, when the manufacturing economy develops to a certain extent, labor begins to demand higher wages and social security, especially as the labor market gradually shifts from excess to shortage, and the economic development model and industrial structure transformation and upgrading become The urgent need and inevitable choice in theory and practice, the current development of China is just at the critical stage of this transformation.

In this context, the State Council of China launched two major strategies of “Made in China 2025” and “Innovation Driven Development” in 2015 and 2016 respectively. According to the strategic plan of “Made in China 2025”, China will achieve the goal of transforming from a manufacturing power to a manufacturing power in 2025, and then will be able to compete with developed countries by 2035 and eventually become the world manufacturing industry in 2049. Leadership. Intelligent manufacturing is seen as the main direction of Chinese manufacturing in the next 20 years. Among them, the development of intelligent equipment and intelligent production lines including industrial robots, automated high-end CNC machine tools, etc. are listed as key development areas.

In general, China’s industrialization road is surpassing the “world factory” model. On the one hand, it replaces the previous “demographic dividend” with “technical dividends”; on the other hand, it drives the individualization and customization of products through consumption upgrades. Intelligent transformation. Therefore, China’s industrial upgrading strategy has both “technical adjustment” and “product adjustment”. At the same time, considering China’s vast territory, there are significant regional development differences. “Space adjustment” is more about the industry from the developed coastal areas to the central and western regions. The transfer of development areas. [6] In the process of moving towards intelligent manufacturing, “bottom-by-bottom competition” has not completely disappeared, and the “wild geese model” is still reflected in a country.

In China’s Pearl River Delta and Yangtze River Delta regions, production informationization and automation technology transformation characterized by “machine substitution” is becoming the main means of industrial upgrading. As a key supporting equipment for advanced manufacturing, the range of industrial robot applications has expanded significantly, from the traditional automotive and electronics industries to the emerging fields of hardware appliances, warehousing and logistics, and food processing. According to statistics, China has the fastest growth rate of robot density in recent years, from 25 units/10,000 in 2013 to 97 units/10,000 in 2017. Since 2013, it has become the world’s largest robot sales market, 2018. The industrial robot market will reach US$6.23 billion in the year, the fastest growth rate in the world. [7] Global industrial robot giants have also established industrial bases in China to seize market highs in all directions. The state attaches great importance to the development of the robot industry. Governments at all levels from the central government to the local governments have issued policies to encourage and support. For example, in March 2015, the Guangdong Provincial Government issued the “Three-Year Action Plan for the Industrial Transformation and Upgrading in Guangdong Province (2015-2017)”. It is clearly stated that industrial enterprises carry out the “machine substitution” program. Among them, the traditional manufacturing concentration areas represented by Foshan and Dongguan have proposed a “machine substitution” road map and timetable in line with local development, with unprecedented scale and intensity.

“Made in China 2025” clearly stipulates that the important way to transform the industry is to build intelligent factories with informationization and automation, but automation itself does not represent intelligence unless it is deeply integrated with artificial intelligence, information physics control systems and big data. A smart factory is defined as a flexible system that goes beyond simple automation. “It can be optimized, self-adapted and learned from the new environment in real time or near real-time in a wider network, so that it can run automatically throughout the production process. “. [8] Smart factories are considered to be more reliable, proactive, and predictive because they can react in real time by analyzing and learning data in real time to accommodate changes in customer demand, market trends, product iterations, and more. Therefore, the production process in the smart factory, including production operations, warehousing, research and development tracking, quality control, equipment maintenance, etc. will be greatly upgraded and electronic. Among the first batch of “Intelligent Manufacturing Special Projects” supported by the Ministry of Industry and Information Technology, the enterprises that have been approved include Haier, Midea, Changhong and other leading household appliances, as well as leading industries in new energy vehicles, steel, pharmaceutical, chemical, and electronic technologies. Leading enterprise. [9] These companies are representatives of high-end manufacturing in different industries.