The first day of school, the crashing homework
At the age of 12, Tian Tian studied in a middle school called Scarsdale in the suburbs of New York, USA. Before going to the United States, she learned that American middle school life is the same as many people. She goes to class at 8 in the morning and leaves school at 3 pm. Students have a lot of spare time. But when she really stepped into American high school, such cognition was completely subverted.

In the middle schools in the United States, mathematics, English, science (including biology, chemistry, physics), history and other seven subjects are compulsory courses, as well as elective courses in French, Spanish, and Latin. In the face of these different disciplines, the school will implement stratified teaching. For example, mathematics will be divided into five different levels.

On the first day of school, Tian Tian was faced with a “work placement test”. Sitting in the classroom and watching a piece of paper flying all over the sky, she felt pressure for the first time. “Every subject has to be graded, and I feel that I am participating in multiple competitions at the same time.” But what Tian Tian did not expect was This is just the beginning.

On the day of the official start of the school, Tian Tian was asked by teachers of various disciplines. He must choose other must-read books and choose books. The purpose is to broaden the knowledge of the subject and enhance the study of the subject. For example, an English teacher will let everyone read the novel to improve their English learning.

Tian Tian selected a more than 600-page “War and Peace”. The teacher told her: “Give you a month to put this book down.” This makes Tian Tian crazy. But American students in the same class have long been accustomed to this: “We have to back about 112 pounds of textbooks each year!” Tian Tian almost collapsed.

But even more insane is that on the first day of class, the subject teacher arranged a large number of homework, and the history teacher also arranged a paper of about 10,000 words. The reason is that the history teacher played three movies about “slavery” in the first class, and asked everyone to write a paper based on this: “How do these three films reflect the history of American slavery?” Tian was greeted by these difficult assignments and learning tasks. To know that in the country, the first day of the class, almost all of the homework, let alone only the papers that will be involved in the university.

On that day, the first time I enjoyed Tiantian, who was out of school at 3 pm, but rushed to work at 1 am. Until then, she had a deep understanding of American education: “All the time, we all thought that the school atmosphere in the United States would be very relaxed, but the reality is that this happens only in primary schools. Waiting for secondary school, competition and pressure. It started on the first day of school.”

Extracurricular activities, crazy looking for “highlights”
On the application form of the American university, there is always a “speciality” column. Students not only need to list the specialties, but also need to fill in the “reward area: state, national, world” level. If it is not a great achievement, it is not a special skill, and the specialty must be “unique.” Students with extra long columns are basically impossible to be admitted to the prestigious schools. So in addition to completing a variety of homework, American schools will also allow students to spend a lot of time on extracurricular activities, allowing them to find their own “unique highlights.”

To this end, Tian Tian’s life has become very busy, often in addition to class, homework, but also have to participate in various school club activities: school newspapers, interviews, writing; participate in one hour of tennis training per week; and Classmates create clubs and go to the community to raise money for tree planting; in addition, they go to her favorite school math team to train.

Such campus clubs are very popular in American high schools, with mainstream debate teams, Olympic science societies, school newspapers, and mathematics teams. The club adopts a point system, and members must pass the number of matches and performance points. Usually, inter-school competitions are more frequent, but only members who have reached a certain point are eligible to represent the team to participate in interstate or higher competitions; if the points are insufficient, it means they will be eliminated.

In order not to be eliminated, many American high school students are particularly hardworking. For example, Tian Tian’s good friends participate in the debate team, can be busy every week, during a game, spend a lot of time to prepare materials, and repeatedly modify the argument. Some students participate in the Olympic Science Society and carry out “gene” research, which is a hundred times more difficult than classroom learning, but still enjoy it.

In order not to lag behind other students, after school every week, Tian Tian will go to the school to concentrate on training, while going out to participate in various large and small competitions. When I go home, I often go to dinner at the earliest, at the latest at 8:00 pm, and then I put in my homework until I sleep at 1 or 2 in the morning. Almost everyone around Tiantian lived this busy life. This kind of atmosphere has prompted everyone to pursue their own interests. This is the American middle school culture.

But finding your true expertise is not that easy. Many students have never been able to find their own expertise under this educational ecology. It is common to collapse and persist. In Tian Tian’s class, there are always students who go to the teacher’s office and cry, but their cultural achievements are not bad…

Some people say that it is this characteristic of American education that allows students to develop a lot of interest, and will consider “combination” when choosing a major.

Fighting education, American families are also very hard
During his study abroad, Tian Tian discovered that for the future of the children, the strength of the American family’s education was not lost to the Chinese family.

In her high school, almost 90% of parents will ask their children for tutoring. Tutors are expensive, and they spend hundreds of dollars a day in a class, but parents don’t hesitate because money is a trivial matter compared to their children’s performance. 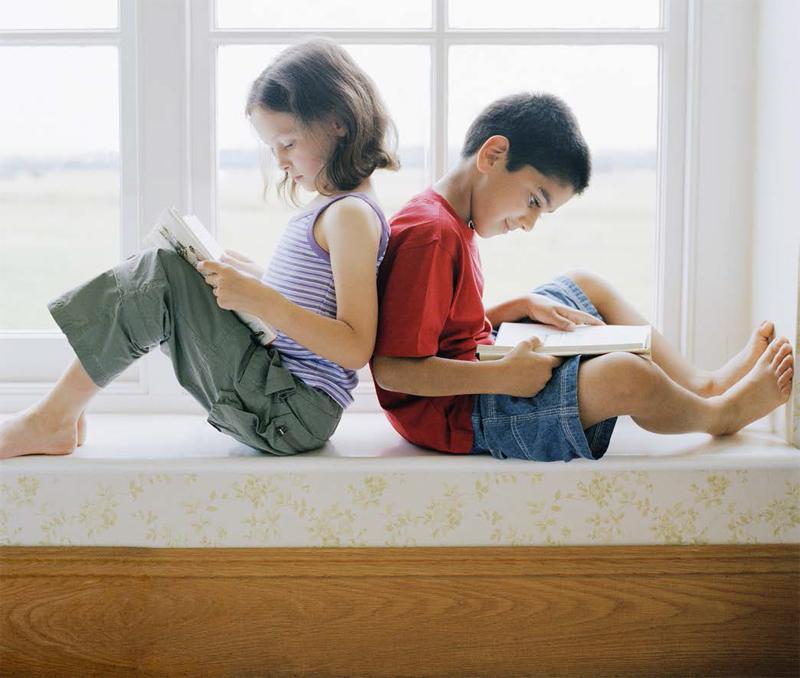 Unlike Chinese students who need to cope with mid-term and final exams, the number of exams in the US is more frequent, and each test score is related to the “prospects”. For example, American college pre-requisite courses will be offered in high school and high school. Because the course difficulty is equivalent to the first-year university course, it is usually “conditional admission”: most high schools require students to achieve an average of A in the first two years. Only qualified to choose a US university pre-requisite course. And this means that in the first two years of study, an exam mistake can make the average score slip from A to C, thus not having a pre-requisite course with American universities…

Under this interlocking evaluation system, parents in the United States pay special attention to each child’s homework and exams. To this end, many American parents have taken their children to exercise and have participated in large and small competitions in order to train their children’s sense of competition and hardship to adapt to the American examination system.

In the American parent circle, it is also popular to train children to the “honor association” competition. This is a special organization in American high school. Only students who have entered the school for two years and have an average grade of all grades can participate. In many schools, members of the Honor Society are “prestigious candidates”. Whenever a prestigious admissions officer arrives at the school, the school will print a list of students whose average grade is 20% to 30% in the school, which is often the list of honorary associations.

After the university application season, the competition became hidden and more horrific. The teacher will remind the students not to exchange information about the application for the school; some parents will pretend not to know at the supermarket, and no one wants to tell the other party “what is the school my child has reported”, so as not to attract “companion competition”.

Tian Tian said that her study and growth experience in the United States has made her realize the other side of American secondary education and middle school life: students study crazy, sleep only 4 hours a day; they have rich extracurricular activities and special skills. They pay attention to education and will ask their children for tutoring. In the famous university, in order to train children, American families are also very hard.