The daunting Yalong River Grand Canyon seems to be a closed place for inhuman habitation. However, the ancient county, known as the “Xinlong”, is located in the middle of the sinister Yalong River Grand Canyon. Ganzi Tibetan Autonomous Prefecture, Sichuan Province. In the past millennium, there are three legendary tea-horse roads in Xinlong County: the first one is from Xinlong District to the north, directly to Ganzi County, and then connected to the National Highway 317 in the northern section of the Chama Ancient Road. The second section is from the south of Xinlong City to the Litang County, which is known as the “High City of the World”, and then connected to the National Highway 318, which is the southern section of the Chama Road.

The last one is secret and convenient. It extends from Xinlongcheng to the east and extends between the traditional north and south lines of the ancient Tea Horse Road. It passes through Lajima Township, Daofu County and Bamei Town of Xinlong County to Kangding City. Zhazong Village, the “first slate-storage house in China”, is now the resident of the government of Lazhima Township, Xinlong County. It is located on the ancient tea-horse road that is still unknown.

“Paradise Lazma” where the gods live
The Xinlong County of Ganzi Prefecture and Zhazong Village of Lazhima Township are only 63 kilometers apart, but it takes at least 3 hours to arrive. This barely can be called the “road” trail is widened on the basis of the ancient tea-horse road: narrow and broken, steep and steep, and overturned a mountain with a height of 4,849 meters, called Zabajiaguo. The difficulty can be imagined.

Less than 1 kilometer from Xinlong District, the terrain continues to rise. The Tongxiang road, which is so narrow that it is difficult to get the wrong car, is like a machine farm that only passes the man-made carts and walk-behind tractors in the Sichuan Basin decades ago, so that everyone who wants to visit is discouraged. Zongcun’s natural barriers keep it in its original form. On the roadside wooden sign of the Swiss Alps, there is a famous saying that “walk slowly, admire it”, which is actually the best comfort for those who step into the land of Lazma. In the process of turtle speed, visitors need not only courage and patience, but also the eyes to discover beauty, in order to see the traditional Tibetan dwellings and other cultural symbols dotted along the way.

Over the 4,849-meter-high Zhabaga fruit mountain covered with snow and ice, the wind and the windy mouth, and soon entered the alpine valley-type prairie Lazhima. Lazhima, meaning “the place where the gods live,” has a vast, magnificent and mysterious prairie. It is the last unexplored virgin land in China. Its original scenery and unique culture have spawned Zhazong Village, Lazhima Township, which has the reputation of “China’s first slate-storage village”. The mountains here are far away, and they are still in the deep. 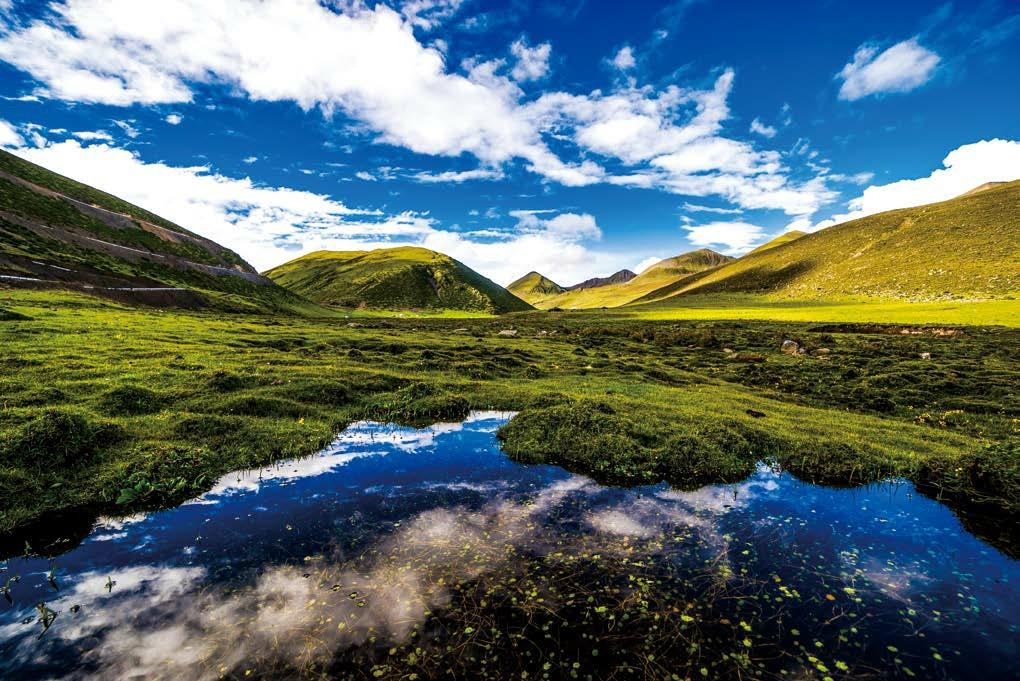 Although the Lazhima prairie is called the grassland, it is not as monotonous as the Maotang prairie in Liantang, the Longguang grassland in Daofu, and the Tagong grassland in Kangding. It is a high-altitude valley in western Sichuan. The unique landscape of the grassland. On both sides of the valley, there are winding mountains that are roughly parallel to the road. A river called “Zhaqu”, which is sometimes wide and narrow, and sometimes scattered into a number of shallow streams, such as a silver dragon flying with wings, is rolling on the green grassland. On the gentle slopes of the rolling hills, the black pine forests stretch from the mountains to the ridges. There are even green meadows in the forest, such as emeralds embedded in the cloak of dense pine forest. Between the mountains, there are countless small valleys that gather in the main valley. A small stream of fine silk flows into the song, like the line of the huge long carpet of the Lazhima prairie. Therefore, the scenery of the Lazhima prairie has both the style of the Alps and the charm of the Tianshan Ranch. 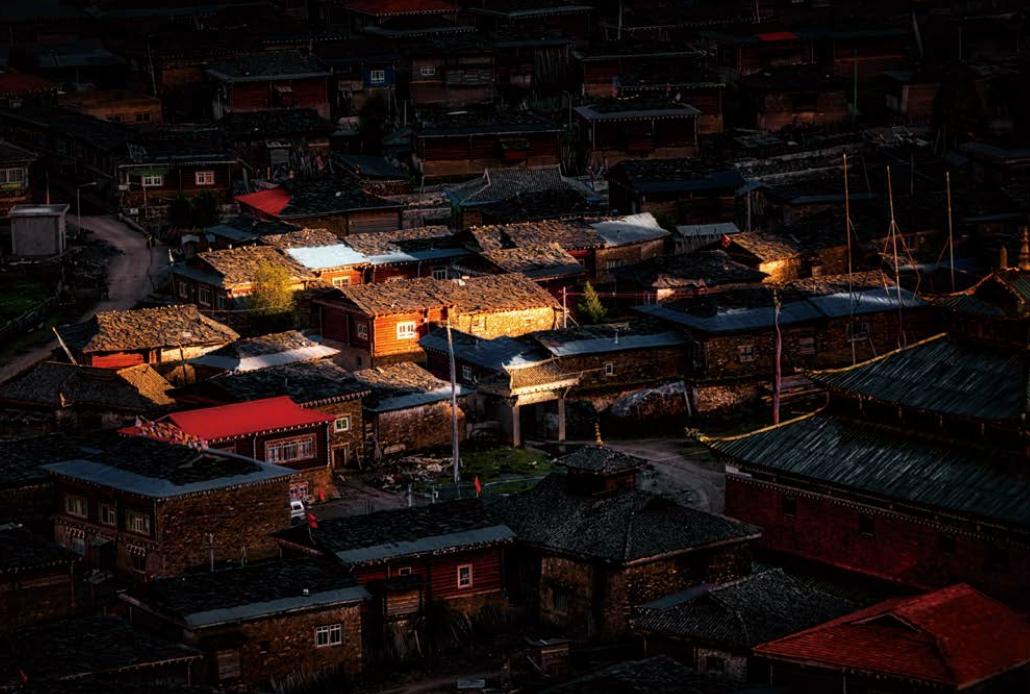 In addition to the nomads scattered in the main valley, the vast grasslands are unmanned. Therefore, despite the cattle and sheep on the way, there is no one to smoke. Even so, there are always large stones on the sides of the road painted with scriptures. Unlike other Tibetan areas, these verses engraved with colorful scriptures are not built into a mani heap, but are laid on river beaches and slopes every dozen or even hundreds of square meters. In the meantime, there are as many elves in the costumes as they wander.

Of course, the most fascinating and most acclaimed folk customs here is the summer. Listening to the local Tibetan herdsmen, from the end of April to August each year, the wildflowers with different opening seasons and different flowering periods will change the color of the endless prairie constantly, and the faint floral fragrance will linger in the colorful wilderness. In July and August, Tibetan compatriots from several nearby townships and even counties flocked to the mountains and waded into the waters and participated in the grand horse racing activities and material trade fairs.

When did Zha Zongcun stand in history? Why are you standing here? It is now difficult to verify. However, walking in this famous stone slab, there is a rough answer in my heart. Here, the terrain is flat, the waters are abundant, and the mountains are towering. It is natural for the Tibetan compatriots who believe in the nomadic Buddha to choose the place as a settlement. It is natural and there is no need to explain or testify. Only one thing is certain, their ancestors chose this place, and it is difficult to give up. However, the herdsmen who suffered from the volatility of the plateau in the harsh climate faced this gentle land and suffered from materials that did not cover the house because the local soil was not suitable for tile. Finally, they chose to dig the slate to build a house. This is a helpless choice, but it has achieved its own unique style. As a result, a “China’s first slate-storage village”, which now has nearly 200 herdsmen settled, is now known for its uniqueness, simplicity, primitiveness and mystery.