New Zealand is known as the last pure land on earth. This piece of land, forgotten on the map, contains a wide sea, steep canyons, glacial glaciers, and various blue lakes that are difficult to define on the color card… it is like a god. Pearl, quietly lying in the middle of the ocean in the southern hemisphere. Traveling from the famous tourist city of Christchurch to the southwest, we walked through the fairytale scenery for nearly three hours. We arrived in the small town of Tekapo, known as the “Fairy World”.

It is located in the southern foothills of the Southern Alps of New Zealand. It is sparsely populated and the mountains in the distance are snow-capped like a paradise. The town is surrounded by mountains and waters, with both the mountains of the Southern Alps and the waters of the Tekapo Lake. Interestingly, although Tekapo is not big, it attracts many star-watching enthusiasts every year. Because it is a world-famous star-watching place, it will be surrounded by stars under the night sky.

Lake Tekapo, with the same name as the town, is one of New Zealand’s famous lakes. When I came here, I thought I stumbled upon a movie set. The snow-covered cirque mountains are the backdrop, the sparkling lake is bright and varied, the green trees decorate the lakeshore, and the lupines with purple flowers form a undulating ribbon. The beautiful and charming Lake Tekapo is surrounded by groves of snow and golden snow, and endless snow-capped mountains. These make up a scene full of idyllic poetry, making it hard to believe that there is such a place outside the cinema. 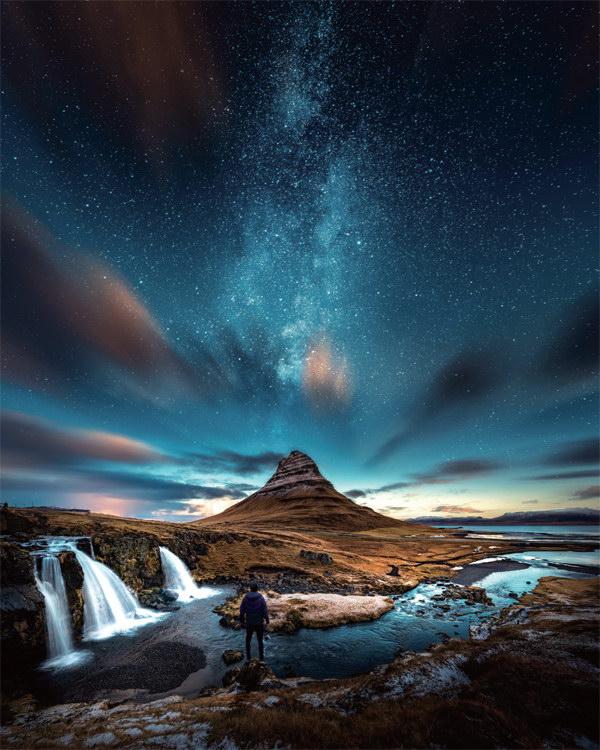 Lake Tekapo belongs to the glacier dammed lake. It was originally an untapped glaciers. As the glaciers in the Southern Alps melted into the lake, the rocks in the glaciers shattered into fine powder, which made the water look like Like milk, the sun shines down during the day and the lake shines.

What’s more interesting is that the unique blue-green rock in the bottom of Lake Tekapo gives the whole lake a dreamy scene of green and green. It is famous for its mysterious beauty of blue and green lakes. Teenage girl. Lake Tekapo has its own characteristics all year round: every summer, the lake is blooming in the snow; in the autumn, the poplars on the lake are golden; in winter, the snow-capped mountains are covered with white clothes.

The most beautiful starry sky on earth
New Zealand is close to the South Pole, and in good weather, the Milky Way can be seen clearly with the naked eye. Tekapo does not have the pollution of urban light sources. After the sunset, the look of the sky is the sky. The night sky is quiet and mean, the stars are a little bit, and the Milky Way and the big group constellation are clearly visible. Here you can see the Southern Cross that can only be observed in the southern hemisphere, and occasionally you can see the meteors in the sky, making you feel like you are in a fairy tale world.

The Tekapo star maps widely circulated on the Internet were mostly taken near the Church of the Good Shepherd. The church at night is beautiful under the stars, a perfect place to shoot stars and stars, and a pilgrimage site for star lovers. In the night, the background of the church is more dynamic. Usually 8:00 to 11:00 pm is the best time for the Galaxy location to connect with the church. Therefore, it is also the peak of the photo. It takes patience to take a good photo. After 11 o’clock, the crowd gradually dispersed, and the star track can be selected at this time.

The Milky Way is like an arch bridge. Most of the time it will happen in two situations. One is that you can’t see it under the horizon, the other half is in the air; the other is hanging across the head, except for the fisheye lens. There is basically no possibility to take all the shots. But at some special times, the Galaxy Arch will all appear on the horizon and be close to the horizon. Every February is the time of the Galaxy Arch Bridge in New Zealand. Astronomy enthusiasts can use the professional starry sky observation software to accurately predict the time and location of the Galaxy Arch. 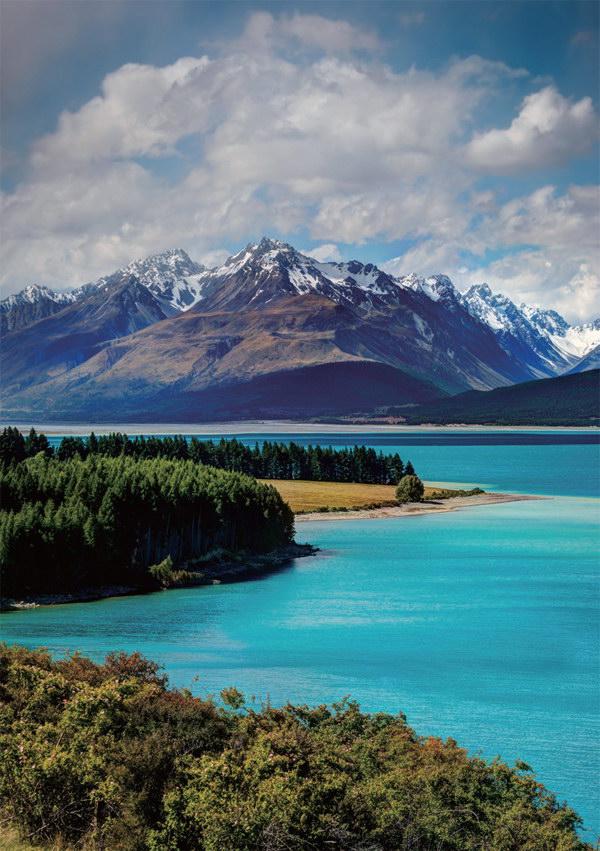 When watching the stars, visitors from all over the world can’t help but marvel: Tekapo’s starry sky is so gorgeous! At this time, you will find that the whole town is dark and covered with a huge starry sky. The starry sky is clearly identifiable. Under the guidance of the tour guide, everyone looks up, holds their breath, looks up, and looks for the long-lost Big Dipper and the vast The Milky Way, the Southern Cross that can only be observed in the southern hemisphere, and its own constellation seem to be in the fairy tale world.

However, such a beautiful scenery is not completely natural, and the Tekapo people have made great efforts to this end. In order to maintain the beauty of the night sky, the locals began to reduce the use of lights more than 30 years ago to implement their “Star Protection Program.” All the lights in the town are made of special materials, angled to the ground at a 45-degree angle, and only 1/3 of the normal brightness, will not scatter light to produce light pollution.

They also stipulate that in the absence of people, try to avoid the use of lights, accurately design the street lights, so that the beam accurately shines where it needs to be illuminated without radiating to the surroundings, and all the monuments or buildings are strictly illuminated except for the tourist center. Add control to reduce glare and night sky glow, and turn off landscape lights and advertising lights after midnight. At the same time, efforts are made to reduce the emission of polluting gases. The purpose is to hope that the starry sky will avoid light damage and present its beauty.

The residents of Tekapo are willing to leave the darkness after the night to nature, so that people can see the beautiful night sky full of stars with the best view. Not only that, but New Zealand has specially established the Starlight Protection Committee. 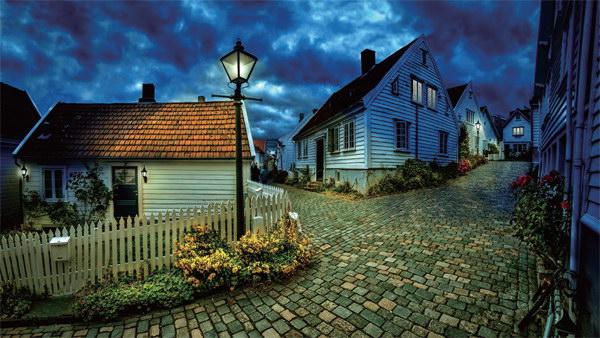 The world’s first “International Dark Sky Reserve”
Since 2005, the Mackenzie Basin, where the town is located, has submitted an application to the UNESCO World Heritage Committee to classify this sky as the “International Starry Nature Reserve”, hoping to make the world aware of ownership. The importance of clear stars to humans. Fortunately, this unprecedented application was passed in 2009, and Tekapo Town has become the world’s first and only “International Dark Sky Reserve”!

Simply put, this means that Mackenzie’s sky provides an excellent opportunity to see the wonders of the universe, as well as some incredible conveniences that allow this dark sky to be used to its fullest extent.

Lake Tekapo is surrounded by towering peaks, and the summit of Mount John is 1029 meters above sea level, with the John Shan University Observatory, a high-tech astronomy research station run by the University of Canterbury. Given that one of the main goals of the Aoraki Mackenzie Conservation Area is to promote stargazing and astronomical observation tours, this observatory is also open to the public. There are six large telescopes, including New Zealand’s largest telescope, which is 1.8 meters in diameter and can observe 50 million stars per night in the pure night sky! It is one of the four best star-watching destinations in the world and is recognized by world astronomers as the best place to observe the Milky Way and the universe.

At the top of the hill with the John Hill University Observatory, there is also an ultra-modern astronomical cafe, one of New Zealand’s highest and best landscapes. Full-glass lighting, bathing in the sun during the day, visitors can enjoy home-cooked food while enchanting the stunning mountain scenery and turquoise lake view; the night is accompanied by a romantic star, completely like a dream. “Lonely Planet” magazine described the café as “maybe the best place on earth for coffee.”

In fact, in addition to the gorgeous night sky, the John Hill Observatory during the day also has something to watch. Visitors can enjoy the magnificent natural scenery at 360°, while observing the daytime starry sky with the telescope of the Observatory. When the weather is fine, you can observe the burning fireball with a special solar telescope. After enjoying the beauty of the sky, you will be more impressed by the magic of nature.

If we say that the natural Tianke Lake Tekapo can’t be copied, if the fairy tale town is exclusive, there is a splendid starry sky at the top of the head. Why have we lost it? If people who are intoxicated in urban civilization can, like the Tekapo people, give up the eye-catching lighting and restore the hidden starry sky. You can experience the fun of star-gazing at night. When you lie on your back and watch the stars fall down, this should be What a pleasant thing!