● From the perspective of values, I support the choice of diversity. For example, I agree that marriage is not the only choice of life, and singleness is a kind of freedom. But sometimes I often think that without going through marriage, people should lose a lot of life experiences. At least, singles will not appreciate the 100% trust. Like my monthly salary will be handed over to a woman, she will also be 100% believe that I am not daring to hide a private money. The most important thing between people is trust, and this kind of trust is something that single people can’t understand. For example, a single person may have eaten up and down, and often worry about what to eat. I can give my stomach to the same woman and fill any ingredients with her. Every day since I got married, I was the thinnest day in my life.
● Since this kind of trust cannot be realized, the single person cannot understand the strong betrayal feeling after the trust is neglected. A few days ago, when Dangdang founder Li Guoqing was interviewed and told his wife that Yu Hao had instructed the company to force him to withdraw from the company’s business, he suddenly angered the water cup and shocked the host. Some netizens applauded and praised his acting skills. The interview showed a slap in the face of a husband abandoned by his wife. Regardless of his eyes, expressions, and movements, he was able to act in a deductive manner, especially in the last action of smashing a cup. He was more able to show postmodernism and a strong complaint against the society. Zero Zero, 1996, 01:17:13). But I believe that in his heart, it should be really angry. According to Li Guoqing’s recollection, the day before, their family of three were still lying in bed watching the “Yongzheng Dynasty”. On the second day, he received the “forced palace letter” from the company’s management. He believes that this is what the wife has instructed. Li Guoqing said, “If a partner seizes power and stabs the dagger to me, I will deal with it. I can face the wife I loved each other. I only endured it because I believe that Nietzsche’s giving is a luxury performance. The love that Lom said is giving. Now I realize that there is no love, it is a conspiracy that has been planned for a long time. Of course, I have to spit it out.”
● Intimate relationships will always accept the test of time and events. Think about it, how many former friends have gradually faded and are not connected. Think about how many couples are divorced, tearing their faces in order to divide the property. In the news, how many soldiers, unable to withstand the temptation, forgot the vows loyal to the country. Therefore, there will always be various loyalty tests. On October 11th, the Beijing Evening News reported that on the Taobao or free fish platform, only ten or twenty yuan can be used to find loyalty testers, plus their husbands, wives, boyfriends and girlfriends, WeChat, QQ and other social tools. Temptation to conduct loyalty tests. NATO’s strategic exchange center in Riga, Latvia, is also testing this loyalty to soldiers. One test is that the team’s fictional Latvian beauty about the soldiers left the job – which is clearly a violation of the rules of work. It is alleged that two soldiers did not resist the temptation and left the job to date her. In another test, a chat site was set up to see if soldiers would reveal their address. A former Latvian official revealed that the entire plan was designed by the Latvian military to find the weakness of the army. 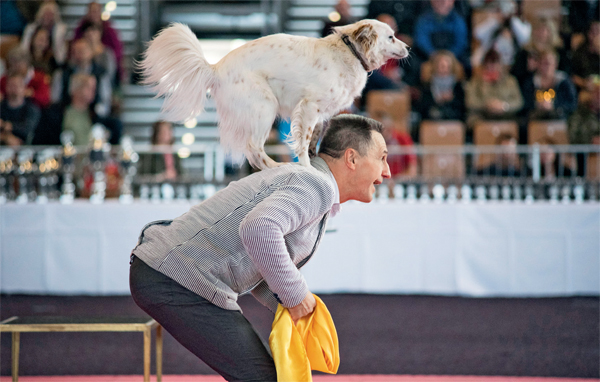 ● The biggest weakness is not humanity. I can especially understand the soldiers who failed to pass the loyalty test. They are just too kind and can’t bear to refuse the other party’s invitation, and they are afraid of hurting each other’s heart. After all, young girls and boys are the most vulnerable moments of the mind. Once they are sad, they may leave a shadow. I think that the drug dealers captured by the Spanish National Guard probably left a shadow in the depths of their hearts. On October 4th, they were chased by the Spanish National Guard. After watching the video released by the police, I reminded me of the poem: The sky is covered with the sea, and the black water is holding the lonely boat. It’s a beautiful sight. I want to go on holiday and go to the beach. But from New Year’s Day, there are still more than two months. It’s really like a year. Of course, now is not the time to appreciate the sea, the police are still chasing behind. The motor roared and splashed the waves. The atmosphere was very tense. The police have been trying to force the drug dealer’s boat to fail. The ship has failed. The police fell into the water as the waves rise and fall. For drug dealers, this is a good escape opportunity. They can increase their horsepower and drive to the shore to continue their work for non-satisfaction, flowering, and serving thousands of addicts. But they did not, but turned the bow and saved the police on their own boat. What a good drug dealer, in the original movie, is a lie. When the police got on the boat and didn’t wait for the clothes to dry, they wiped them out. Next, the sirs drove the boat and left with the drug dealer who saved them, leaving the sea to see the scene, and they were so weak and silent.