The beautiful scenery around the back mountain cliff in Dongkou Village, Zhifu Island, Yantai City, Shandong Province attracts many tourists. At noon on March 4, 2009, several local college students divided into groups to engage in activities on the beach here. After meeting at the top of the mountain, everyone returned to school together. However, it was more than two o’clock in the afternoon, and two of them had been missing. Through cell phone contact, they learned that they wanted to climb to the cliff to see a more beautiful scenery, but they were trapped in a groove in a cliff halfway up the mountain and couldn’t move. The students couldn’t see where they were trapped on the mountain, so they hurried to a nearby village for help.
Zhang Chunmo is the security officer of Dongkou Village. He knows the surrounding terrain well. He is well aware of the fascinating scenery around the Houshan Cliff, but many tourists who are not familiar with the situation here do not know the dangers hidden here. The cliffs at the back are steep, and what is more dangerous is the severe weathering of the rocks. Once there are tourists who do not know the depth of the mountain rashly, it is likely to be dangerous. Zhang Chunmo himself has participated in such rescues many times and is already very experienced. According to the description of the college students, accidents may happen to the two trapped students at any time.
Zhang Chunmo found two students trapped on a sunken cliff about 100 meters above the ground. It was very windy that day, and the two students were cold and hungry. If they did not start rescue operations immediately, their lives would go wrong at any time. But past experience told him that in the absence of rock climbing experience and special facilities, blindly going up, even unable to guarantee his own safety, will cause greater trouble to rescue, so he decided to call the police for help immediately.
At 2:30 in the afternoon, the Armed Police Yantai Zhifu Border Defense Brigade received an alarm. The nearest border police station on Zhifu Island immediately received a police order, and only ten minutes later border officers and soldiers arrived at the scene of the incident. Liu Zhiwei is the deputy director of the Zhifu Island border police station. He has participated in rescue operations here many times and has rich experience. He is also familiar with the topography of the back mountain cliffs where accidents often occur. However, when they rushed to the cliff, they couldn’t see the exact location of the trapped college students. Liu Zhiwei and the others had to go down to the mountain to observe the situation.
The only “passage” from the back mountain cliff to the beach below the mountain is this sheep intestine trail. It can barely be regarded as a “road”, some places are very steep, you must use both hands and feet to get up and down. The gravel, large and small after weathering, can make people slip and fall without paying attention. At the foot of the mountain by the beach, Liu Zhiwei and the others observed where two college students were trapped.
Taking into account the weather conditions at the time, Liu Zhiwei did not act hastily. He decided to wait for the arrival of the special fire service squadron to discuss the most reliable rescue plan. At three o’clock in the afternoon, officers and men of the Armed Police Yantai Fire Special Service Squadron arrived at the scene with professional rescue equipment.
Difficulties in mountain rescue

The border defense and firefighting officers and soldiers of the armed police have conducted rescue cooperation here many times and have formed a lot of understanding. The two sides agreed to jointly rescue each other up and down the mountain. Since the location of the trapped people cannot be observed on the mountain, when the fire officers and soldiers go up the mountain to prepare for rescue, first the border officers and soldiers try to rescue from the cliff below.
When Liu Zhiwei and the others climbed up the mountain, they were troubled by the weathered rocks, and rubbles continued to fall from their feet. Where the slope is gentle, the weathered rubble is not a big threat, but when the mountain is steep, the almost vertical cliff is very dangerous. Climbing a cliff with such severe weathering with bare hands will still encounter a problem: the lack of trees on the rocky cliffs behind the mountain.
In addition to the ropes they carried, they also prepared wooden sticks. What kind of role can such sticks play in the rescue?
Armed Police Yantai Zhifu Island Border Police Station Officer Yang Jinmin said: “The main purpose of our carrying wooden sticks is to have a support. The trapped students slide down the sticks, and then we assist him to return from the road up the mountain along the original road. Rescue.” When climbing mountains, hands and feet are often used at the same time, and how to carry the sticks has become a little trouble. After Liu Zhiwei and the others climbed to a place where the mountain was relatively gentle, they used ropes to hoist the wooden sticks. Rocks in the middle often jam sticks.
At 3:20 in the afternoon, after Liu Zhiwei and the others climbed for more than ten minutes, they were blocked by a rock when they were still more than ten meters away from the trapped person. It would definitely not work to follow the same path as the trapped. Liu Zhiwei had to try other routes. Climbing that rock, Liu Zhiwei saw the specific situation of the two college students being trapped.
Liu Zhiwei first wanted to use ropes for rescue, but after careful observation, this plan was forced to give up. There is nowhere to fix the rope, so is it feasible to use wooden sticks as a support to let two students slide down? After questioning, the two college students had been trapped on the mountain for more than two hours. They were cold and hungry, coupled with mental stress, and physically exhausted. It was difficult to ensure their safety by reluctant rescue.
The rescue plan from below the mountain did not work. Liu Zhiwei immediately notified the fire fighting squadron on the mountain to implement their rescue plan. He himself accompanied the trapped college students to assist.
At 3:30 in the afternoon, one hour after receiving the alarm, the firefighters of the special service squadron skidded down the mountain and the rescue plan was implemented. However, they first faced the problem of being unable to accurately locate the trapped college students. The firefighters tried to use shouts to locate, but the sea breeze was so strong that it was impossible to hear the exact location of the trapped college students. At this time, Liu Zhiwei from the Yamashita Frontier Police Station played a key role.
Rescue is often carried out in various dangerous environments, and protecting the lives of rescuers and rescued persons is the most important principle. In mountain rescue, personal safety is mainly guaranteed by special ropes. When rescuers use the rope to slide down, the force of the fall is great. If the rescued is added, the rope will have to bear hundreds of kilograms of tension. This requires that the most reliable fixation must be found for the rope. However, the trees on the top of the back mountain cliff are not strong enough. In addition to using it for basic protection, firefighters need to use manpower for additional protection. Ten minutes later, after testing the protective equipment, ropes and communications, the rescue began.
It was already 3:40 in the afternoon, and the situation under the cliff was not very clear. If the rescue cannot be completed before the darkening of the sky at six o’clock, the operation will be forced to stop, and the fate of the two trapped college students will be unimaginable.
Many attempts to finally escape 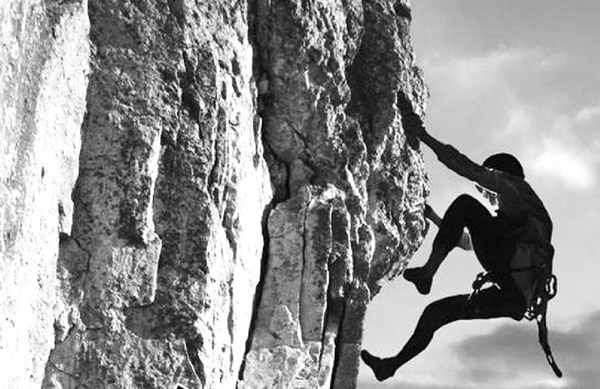 This time, the success or failure of the rescue operation fell on Sun Guangji’s shoulders. The sea breeze has not shown any signs of diminishing. When it reaches the cliff below, Sun Guangji’s body is likely to be completely suspended, and everyone can’t help but worry about him.
When the body is suspended, if there is no one below to help fix the ropes, maintaining the balance of the body can only rely on the two ropes in the hand and the skills mastered during normal training.
Ten minutes later, Sun Guangji finally reached a platform not far from above the trapped personnel. Everyone just breathed a sigh of relief for him, but received a report from Sun Guangji that the fifty-meter rescue rope was not long enough and must be knotted. Only then can it continue to decline.
The double flat knot chosen by Sun Guangji is a knotting method with the highest safety factor. It is not easy to break off and is relatively strong. Sun Guangji connected the rope and continued to slide. When he reached four or five meters above the trapped person, he was blocked by the cliff again.
Sun Guangji said: “If there is no protrusion, I can go to them, because there is that protrusion, the rope will wear out, it will not be able to withstand the weight of the rescuers.” Sun Guangji’s worry is not redundant. The rope has been lowered from the top of the mountain for more than 70 meters. The sharp edges and corners of the rock will rub against the rope for a long time, which will reduce the load-bearing capacity or even break. After careful consideration, Sun Guangji decided to adopt the most secure rescue plan: he would make a rope support point on the top of the cliff, and the college students below would be guided by border guards to tie their seat belts.
Prior to this, Liu Zhiwei of the border police station had been talking to the trapped persons under the cliff, providing psychological counseling to them and alleviating their tension.
With the assistance of Liu Zhiwei, the trapped personnel successfully grabbed the seat belt that was thrown down. After confirming that the seat belt was securely bound, the first student began to climb up the cliff. Sun Guangji encouraged the student to climb up by himself and followed him a few meters behind him for protection. Twenty minutes later, the first college student finally reached the top of the mountain safely.
At around five o’clock in the afternoon, the second college student also successfully reached the top of the mountain. The two-hour arduous rescue was finally over, and two college students who had been trapped for three hours were successfully rescued.
After the Trojan War, the hero Odysseus led the troops back to Greece, but due to the curse of the sea god Poseidon, they experienced many hardships: a dangerous storm almost killed them, terrible monsters and angry gods killed many Odysseys. Dessius’s partner, the seductive Demon Bird Island, tempted them with beautiful singing. After ten years, he traveled all over Tunisia, Sicily, Corsica, Italy, Aeolian Sea and Greece. With the help of the gods, Odysseus successfully returned home.