Does the mysterious Area 51 of the United States exist?

For decades, Area 51 has not only been considered the place where the U.S. secretly developed aircraft, it has also been dubbed the “U.S. Extraterrestrial Research Center.” The secretive attitude of the U.S. government has increased people’s curiosity, especially UFO fans. In fact, it cannot be approached here, and it is not marked on the map. The US government has never recognized the existence of “Area 51”. Until August 15, 2013, in a declassified CIA report, it recognized the existence of Area 51, claiming that Area 51 was just a hidden research site. Many areas in the report were blacked out, and there was no connection with it. Information about aliens.
Mysterious Area 51
in a desert basin in southern Nevada, there is an area of about 155 square kilometers of area. From the satellite map, the most prominent signs here are several cyan airstrips in the shape of a field, including the longest runway in the world: 14R/32L, 7093 meters long, although it has been closed. This is Area 51, which is famous for UFO.
In the vicinity of Area 51, red prohibition signs can be seen everywhere-“No photography”, “No entry allowed”, and even “Already authorized to use lethal weapons”. These signs tell people approaching at any time that this is a highly confidential place-trespassing The life is in danger. It is reported that only those who have a very high level of security and are invited by the highest level of the military or intelligence agencies are likely to enter the military base. Before visiting Area 51, everyone must take an oath of confidentiality with strict legal effect.
The surveillance in the airspace is even stricter. Except for the aircraft taking off in the area and the aircraft transporting staff, all other commercial, civil and even military aircraft are not allowed to enter the airspace of Area 51 and the surrounding R-4808 buffer zone. Even if it is a military aircraft, if the pilot intrudes into this area unintentionally, he will inevitably be severely punished by the chief; if it is intentional, then what awaits the pilot will be the revocation of military status and the serious consequences of prison.
Despite the strict precautions, Area 51 has attracted countless people who are curious. Someone once squatted for several hours and found that the lights of Area 51 airport suddenly turned on. An aircraft slipped from the hangar to the runway. After a while, the plane took off. As soon as the wheels of the landing gear left the ground, the lights would immediately go out, and the entire valley fell into a mysterious dead silence again.
However, you must never try to break into Area 51, day or night. Because the external confidentiality policy here is so strict that it is heinous. For example, there is a solemn statement on the warning signs on the periphery of the area. Those who forcibly break into the inside will be fined or go to jail. If the security personnel are more serious, they have the right to directly Use weapons to solve potential safety hazards.
Although the United States has many military forbidden areas, no military forbidden area is as strictly confidential as Area 51, and it does not even want to admit its existence. In such a transparent country where all military budgets are announced one by one, why is it unwilling to admit the existence of a military base?
Area 51 does exist
has been the US government for all 51 district did not elaborate. Until recently, Area 51 was able to get its name. When Jonathan Trey, a professor of public interest law at George Washington University, flipped through a newly declassified CIA document about the U.S. U-2 reconnaissance plane in early 2013, he found “51” in more than 400 pages of material. The word “zone”. This document explains it as “an extremely important secret military base, managed by the Ministry of National Defense, and shouldering the important task of promoting the development of military science and technology.”
In fact, even before that, clues that Area 51 “does” have been known. In 2001, John Greenwood Jr., the screenwriter of the American History Channel “UFO Hunter” received a declassified document from the U.S. Department of Energy, indicating that the existence of Area 51 may be traced back to the beginning of the last century: “35 years ago (document written in 1958) According to the U.S. Public Land Act, this 155-square-kilometer area was named Area 51 and was no longer used for public purposes, and was placed under the jurisdiction of the Atomic Energy Commission under the U.S. Department of Energy. However, because the Department of Energy does not participate in its activities, So Area 51 has never appeared on the Nevada Proving Ground map of the Department of Energy.”
Declassified files obtained by George Washington University show that the U-2 reconnaissance aircraft’s research and development center is located in Area 51, and the aircraft developed here will be handed over to other military bases for formal testing or service after approval. Subsequently, other highly classified aircraft were successively tested here, including the SR-71 Blackbird reconnaissance aircraft, A-12 supersonic reconnaissance aircraft and F-117 stealth fighter.
Is it an alien biological center? 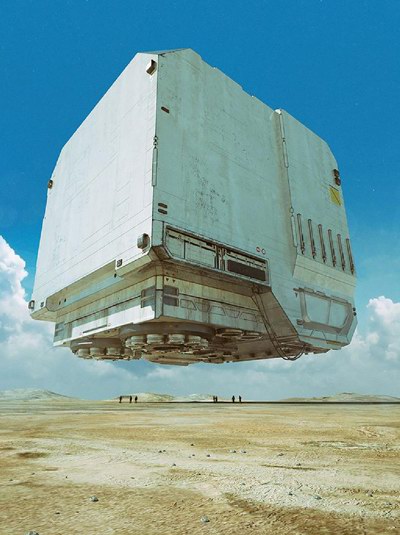 Now, the mystery of Area 51 has been lifted. However, compared with confirming where the U-2 high-altitude reconnaissance aircraft is located, people seem to be more concerned about whether Area 51 is an alien biological center. Unfortunately, the current decrypted documents cannot prove this. In the 400-page report, there are many blacked-out areas, which are believed to have recorded information about aliens and visitors.
In recent decades, the sightings of UFOs received in Area 51 have shown a clear upward trend, which seems to have become circumstantial evidence of the existence of aliens in Area 51. In this regard, the file explained: “When the U-2 reconnaissance plane first lifted off in Nevada in 1955, it reached an altitude of more than 18,000 meters, which is unattainable by any other model. When a civil aviation pilot and people living nearby When I saw U-2 shining in the sun, I didn’t know what it was. Therefore, it was naturally regarded as a UFO carrying aliens.”
However, most people do not accept this. An explanation, and I prefer to believe what Bob Razzle, who claims to be a former employee of Area 51, said: The US military conducts reverse engineering research from alien technology in Area 51 to develop human technology.
Area 51 Why concern
despite the current decrypt the document Area 51 extraterrestrial biological said nothing, but those documents through local altered, adding the possibility of UFO records. The partially revealed Area 51 has attracted more attention than before, and people have seen a greater possibility of the existence of aliens.
According to reports, there have been countless planes missing or crashed in the “Nevada Triangle” so far! Among the many bizarre crashes, the most refreshing one is the disappearance of American “adventure tycoon” Fawcett in 2007. In September 2007, the then 63-year-old Fawcett flew a single-engine plane alone from a farm in Nevada, and there has been no news since then. The United States Civil Aviation Patrol conducted a month-long carpet search, but did not find a single piece of aircraft fragment or corpse.