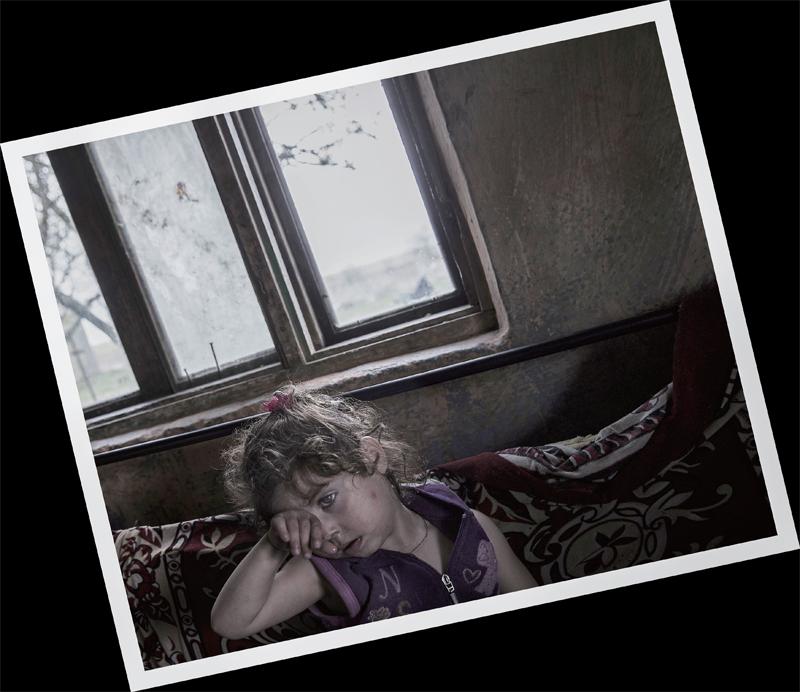 The Roma people firmly believe that only by “independence from the world” can they survive. 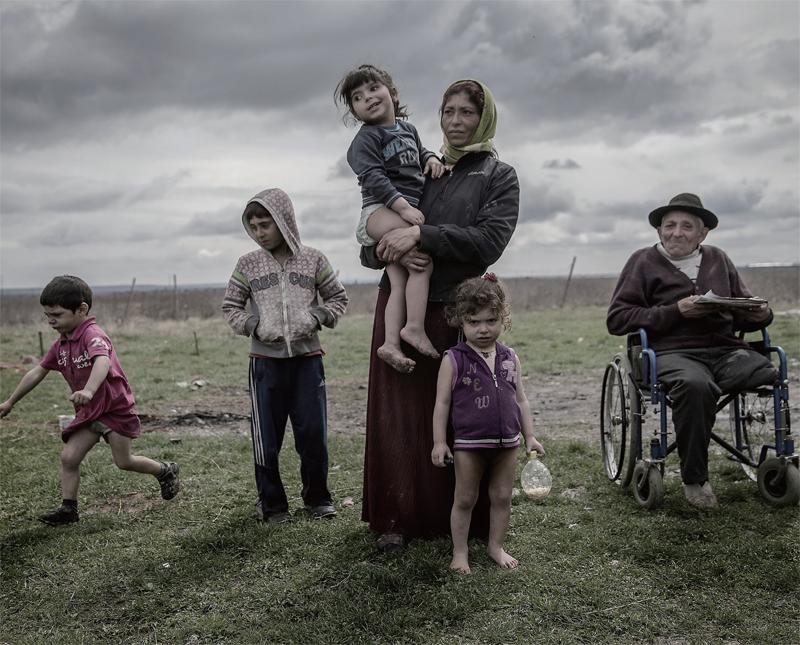 “Gypsies” is a scornful term, just as the United States once used the “yellow peril” to describe the yellow race. Their real scientific name is Roma.

The Roma who dance flamenco in Spain emigrated from Belgium. In the 19th century, this ethnic group from the Czech Republic was begging in Paris and was also called the Bohemian. Some of them also immigrated from Europe to the colonies of European countries at the time, such as Australia, the United States, and South America, and were scattered around the world. But at first, they all came from North India and moved to Europe about 1,000 years ago. Now there are about 15 million people in the world.

The first people on the stake
The original Roma nomads did not take root in the Middle East and the Caucasus, but arrived in Europe in the Middle Ages. For the autonomous Roma, paying taxes is ridiculous, and it is impossible to imagine them surrendering to a feudal king they have not seen. The Roma consider themselves pure blood and despise foreigners.

Therefore, every time there is a religious war, the Roma are the first people to die on the stake. 500 years ago, the London Bridge was full of Roma people who were pierced to death. In medieval Germany, “hunting gypsies” meant killing them like animals-if you happen to kill the leader of the Roma, the reward is very generous. 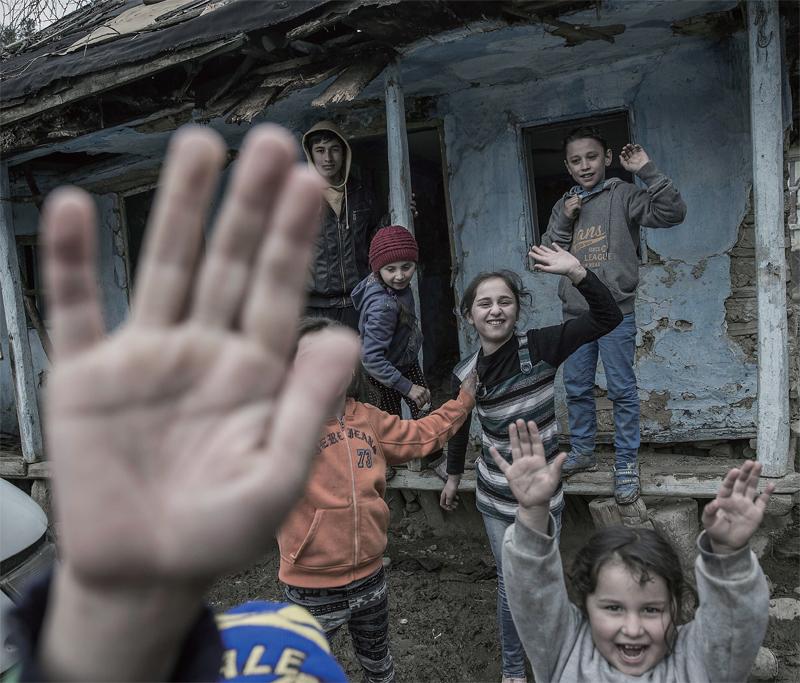 During the colonial period, American Roma were treated as prisoners. In the Holocaust, 70% of Roma were “erased”. 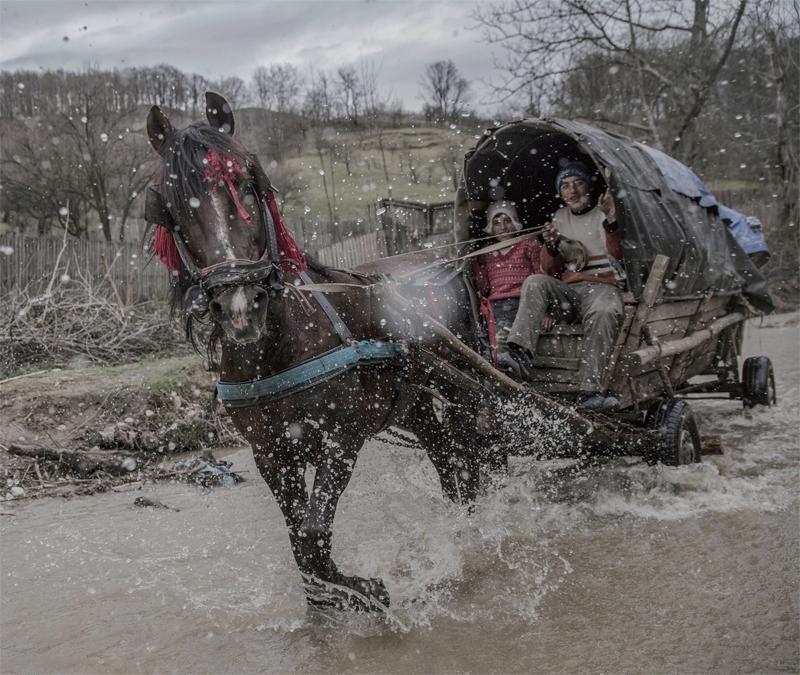 The Roma are constantly wandering, partly because some historical laws prohibit them from staying, which prevents them from getting an education. Part of the reason is that they do not believe in other ethnic groups and do not make friends with other ethnic groups. The Roma firmly believe that they can survive only by “independence from the world”-this ethnic group is very self-enclosed.

At the same time, the habit of years and months makes Roma people not believe in education, and they are also afraid that education will change their offspring, just as some Asian parents believe that sending their children to study abroad prematurely will westernize their children and create a gap between them.

Therefore, the education level of Roma people is low, men rely on music and boxing, and women rely on fortune-telling or dancing. Their image in the media is usually “dirty, dishonest, and mentally handicapped.”

The custom of begging and fortune-telling by the Roma has not changed with the diaspora, on the contrary, it is especially true in the economically backward places. Those Roma who wear colorful skirts and gold earrings begging with passersby will scare Europeans into discoloration. 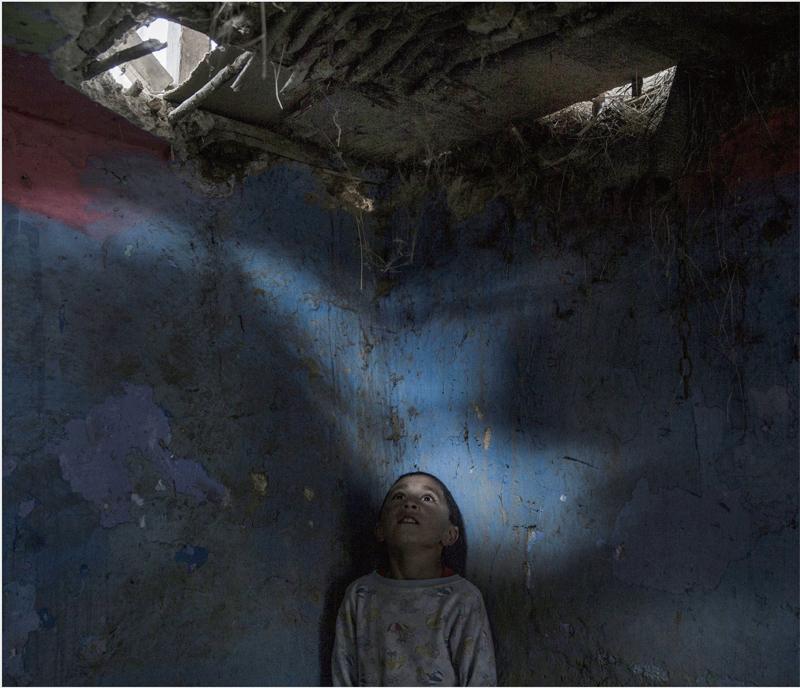 In the United States, Roma, like blacks, are “established prisoners” in the eyes of the police. Many Czech restaurants prohibit Roma from entering. If they want to rent a house, they must hide their Roma identity, or the landlord will take back the house with a high probability, because Roma people are considered to have poor hygiene and theft.

/ The funeral of British Roma will not be less than 500 people. /

Really know fortune telling?
Almost all races in the world have a tradition of divination. Turks and Armenians use coffee, Indians use astrology, South Korea has absorbed Chinese gossip, hands/faces and feng shui… But no race is as famous for divination as the Roma. They predict the future based on the misfortunes of other people and make a fortune.

Roma fortuneteller Olga said: “People want to believe that other energies control their destiny, because we don’t think bad luck is what we deserve. By deceiving them to make them feel better and make money, we just Like a counselor.”

Olga has a Roma stepdaughter named Oksana Malafioti, who wrote an autobiography of “American Gypsy.” She revealed that Roma fortune telling is usually done by lies, but some customers want to hear lies because they come to fortune telling to deceive themselves.

British Roma autobiography writer Mitch Walsh said that some Roma like to defraud. Once they find that they are good at cheating money from foreigners, they will squeeze them out. Among them, the elderly are the easiest to succeed. The Roma would argue: “Those old people are going to die, and I want to support the family.”

Patriarchal suppression
Roma are mostly arranged marriages by their parents, and they get married in their teens or even child marriages. In the church, women have to sit a few rows behind men. At the table, men eat and talk, while women serve. In order to prevent the girl from having physical contact with people from other ethnic groups, her parents would let her drop out of school before puberty.

The day after New York Roma’s wedding night, the family would hang the bed sheets of the same room on the window and use the blood stains on them to announce the bride’s honor. Of course, not every girl will turn red at first night—if there is no blood stain, she will use knife-cut blood to fake it.

A Roma woman was beaten by her husband and could not go to the police or run away from home, otherwise she would be expelled from the Roma community, and even her native family would not accept her.

They are also not allowed to work outside of their homes, and most of them can only sell small decorations and fortune telling. Even if they don’t want to, they have to have many children.

The fate of Roma children is not chosen by themselves, but by their parents when they are two or three years old. Roma people in the UK admire boxing very much, so young men have to receive boxing training whether they want to or not.

Girls have to learn how to keep a house. A decent Roma girl should have straight and long hair, even long enough to sit on it.

Mitch Walsh was sent by his father to relatives with more boys to practice boxing. He was violently bullied at relatives’ house and went home to complain to his father. The father didn’t want to hear that his child was weak, but beat him violently. Later, even if he was beaten with a bruised nose and swollen face, his father was indifferent.

Although Roma parents do not require their children in education, they like to force their children to obey Roma social norms and suppress them with patriarchy, thus obliterating the precious personality of each child. But Roma women favor well-educated men in marriage.

Funeral invitation by word of mouth
Roma do not consume much, except for exaggerated jewelry and mobile homes. Roma women wear gold and silver because they live in no fixed place. Usually, carriages, forests and river banks are their footholds, and the only safe deposit box is their own bodies.

In Europe, the Roma would drive and wander between different settlements. Roma settlements are everywhere, but many are isolated from surrounding communities and hidden away. They live in mobile homes and use generators to generate electricity.

Roma who are alone face more discrimination, especially children. Therefore, some Roma families will abandon their cozy apartments and choose to join the community. Sometimes these settlements will not last long, because the surrounding foreign residents will protest.

The Roma and Irish homeless people also seek out hired workers from the homeless (some are white) and give them money and shelter. Homeless jobs usually include painting, car washing, dog feeding/walking, building walls, and bringing children. The Roma use violence against hired workers and feed him dog food. The Roma traded hired workers.

/ Some Roma people bought apartments in Moscow with their own voices, and even ascended into the upper class. /

The Roma circle is very small, and everyone knows each other. Weddings and funerals are not invited, and guests will automatically show up when they hear about it. The funeral of the British Roma will not be less than 500 people. Many Roma people no longer believe in an afterlife, even though this was once the belief of the Roma.

The Roma will kiss the corpse, even if the corpse has been frozen for several weeks. Roma who live too long (over 90 years old) will be considered to have sold their souls to evil spirits.

Roma people do not believe in religion, but in order to integrate into Western society, they will disguise themselves and put religious words on the car to make it easier to find a job.

Similar to India, the Roma on the European continent are divided into different castes according to occupation, and there is discrimination and jealousy among each other. The Roma, the lowest caste, is almost isolated from the world. For Roma, the difference between castes is no less than the difference between Roma and foreign races. Caste determines each other’s social and economic status.

The most prominent positive label of the Roma is that they are good at singing and dancing, especially with musical talent. Therefore, the Soviet government arranged for them to tour the vast territory of the Soviet Union. With their singing voice, some Roma people bought apartments in Moscow and even entered the upper class.

In other parts of Europe, the treatment of Roma is much worse. Although some Roma are gradually assimilated by Romanians, today, 77.9% of Romanians do not believe in Roma and label them “dirty”, “stealing” and “lazy”; 80% of them Romanians believe that Roma do not abide by the law, and 70% believe that Roma should be quarantined. Romanians threaten children: “If you don’t obey, you will be taken away by Roma.”