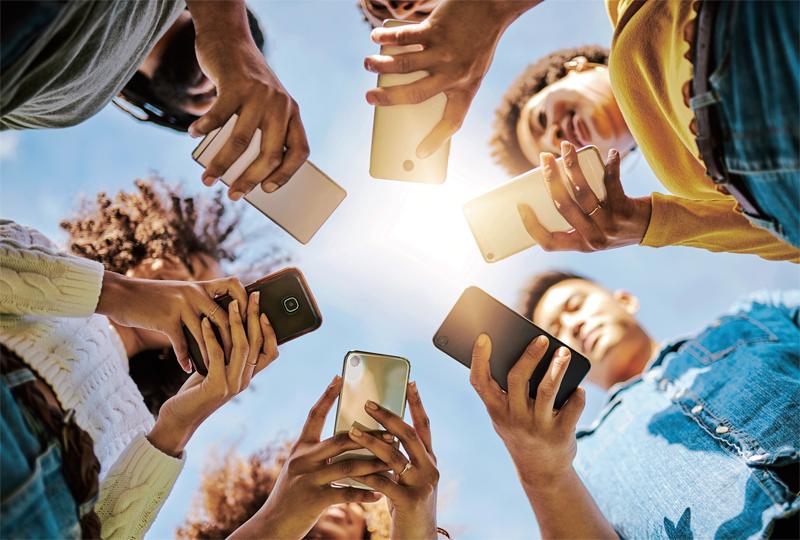 At the beginning of February, the “Renren Film and Television Subtitle Group” famous for translating, uploading and sharing overseas film and television works was dumped. Renren Film and Television is one of the oldest subtitle groups in China. However, with the increasing awareness of copyright in the domestic film and television market, the subtitle group’s operation of copying and sharing copyrighted videos has been suspected of infringement.

The popularity of subtitle groups began around 2003. Some enthusiastic netizens took the initiative to produce Chinese subtitles for the hit American TV series at the time and share them with domestic audiences.

Some like-minded subtitle producers have formed small teams to improve the publishing efficiency of translated episodes through division of labor and process planning, and the Chinese subtitles and original videos are suppressed into new video files to share, which is convenient for domestic audiences to watch one-stop. The subtitle group eventually became the main intermediary for most domestic audiences to enjoy overseas film and television dramas.

Essentially, the mechanism of the subtitle group belongs to “transport + processing”. Subtitle groups usually obtain untranslated original videos and original subtitles from some resource websites, and then suppress their translation. From the perspective of global film and television copyright protection, resource websites are the source of infringement.

Piracy in the name of “democracy”
The resource website is equivalent to an “Internet hypermarket”, but there is no charge for its “commodities”. Movies, dramas, music, books, games, pictures, software… The various contents included in resource websites are mainly uploaded by users. Other users can search and download content freely, and in most cases, the whole process is free.

For true intellectual property owners, resource websites share their creative content without their permission, resulting in infringement of their rights. However, resource websites often emphasize their own rationality in the name of “sharing is not guilty”: sharing is the most traditional virtue of the Internet, and resource websites do not produce any content themselves, but only provide users with a platform for uploading their content. As for what users are willing to upload and share, it is their freedom, and the platform has no right to interfere.

The Pirate Bay, the world’s most trafficked torrent site, has a particularly radical idea. Sandy, one of the founders, once said in court: “(The Pirate Bay) pursues democracy and creates a good environment for freedom of speech… It gives everyone the opportunity to share files.” As for the issue of infringement, Sandy dismissed it. Gu: “I don’t want a monitored and restricted Internet… the copyright industry is digging a grave for the Internet.”

The three founders of The Pirate Bay are from Sweden. From a Swedish-language website, The Pirate Bay has gradually grown into a “paradise” for global netizens to request digital content. Different countries and regions have different levels of legislative protection of Internet copyright.

The Pirate Bay held high the banner of “anti-copyright” and openly used “pirate” as its website name (pirate’s English “Pirate” also means “pirate”), and finally used “Cunning Rabbit Three Caves” to escape allegations of illegality: servers are all over the place Globally, avoid countries with complete copyright legislation; master a large number of alternate website domain names to prevent the website from crashing after the main domain name is blocked; the founder himself lives in a simple way to avoid being discovered by law enforcement officers. The other two founders, Swatom had been in exile in Cambodia, and Ney had been hiding in Laos.

Sandy once predicted that the Pirate Bay would be like the supercomputer “HAL” (HAL) in the sci-fi movie “2001: A Space Odyssey”. After being invented by humans, it will evolve into a system that will run on its own-even if the three founders quit its Operations.

/ The larger the scale of the resource website and the higher the traffic, the more substantial the advertising revenue. /

The fact seems to be true. The Pirate Bay has suffered a variety of blows, including the three founders were sentenced to prison in 2010, the Swedish police seized a number of The Pirate Bay servers and the website went offline in 2014, and the Pirate Bay encountered netizens in 2017 by mounting a digital currency mining program on the web Boycott… But until 2021, The Pirate Bay still occupies the top spot among seed sites. 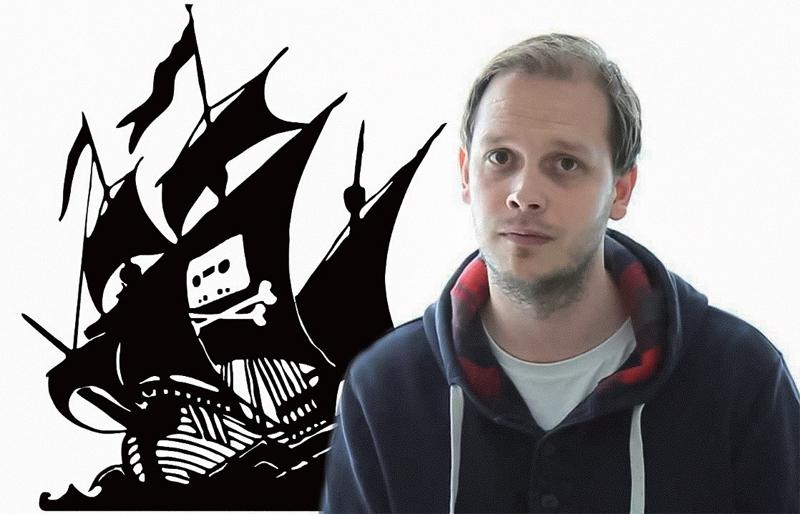 Sandy, one of the founders of The Pirate Bay

The missing money laundering “new king”
After the Pirate Bay went offline in 2014, another resource website Kickass replaced it and became the king of seed websites for the next two years.

Different from The Pirate Bay, Kickass did not make a big fuss against copyright, and even claimed that the site complies with the Digital Millennium Copyright Act (DMCA) of the United States. DMCA is an important act in the United States to protect Internet intellectual property rights. The act prohibits the production and dissemination of copyright-protected technology, equipment or services in the form of criminal legislation. Like the user uploading seed sharing in the P2P resource sharing method, if the shared content contains intellectual property content, the uploader violates the DMCA. 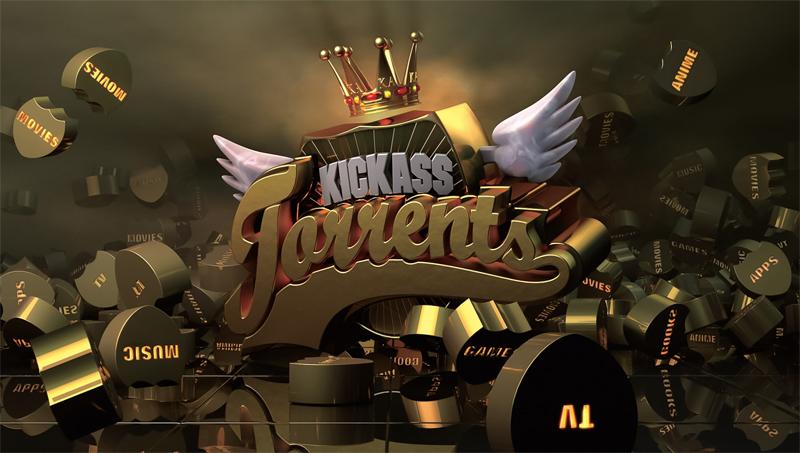 Kickass advertises compliance with the DMCA, as long as there is a complaint from the copyright owner, the relevant content on the website will be deleted. But in actual operation, Kickass is still a hotbed for the spread of pirated content. According to the DMCA’s enforcement mechanism, copyright owners need to independently issue rights protection requirements before relevant legal procedures can intervene. So as long as the copyright owner does not negotiate with Kickass, Kickass can completely ignore the pirated content on the platform.

However, the days when Kickass replaced The Pirate Bay as the “big brother” were relatively short. In 2016, Kickass stationmaster and Ukrainian Wolin was arrested in Poland. Although Wolin is not as frequent as the founder of The Pirate Bay, his true identity is easily obtained by the law enforcement agencies of the United States.

Kickass has servers in the U.S. and Canada, and some domain names are also registered through U.S. companies, leaving clues to their basic information. Through these clues, he found his mailbox, social network accounts, and online consumption records, and Wolin’s personal information was invisible.

The most intriguing thing about Wolin’s arrest is that the United States filed charges of “money laundering” against him. Earlier, the founder of The Pirate Bay was accused of distributing pirated content and served a sentence of less than one year. If Wolin is convicted of money laundering, he can be sentenced to up to 20 years in prison. According to the US Department of Homeland Security’s allegations, Walling tried to transfer Kickass’s advertising revenue to his personal name, but requested that the relevant transfers do not include words such as “Kickass” and “advertisement”.

The Wolin case has been progressing slowly so far. After his arrest, he has been fighting with Polish authorities and refused to be extradited to the United States. Wolin was released on bail in 2017, and then left Poland in 2020 in violation of bail regulations. He is now missing.

Hijack user’s computer
Kickass was charged with money laundering, and one could not help but wonder how lucrative the resource website is. According to the US allegations, the net value of Kickass is more than 54 million U.S. dollars, and its annual advertising revenue is between 12.5 million and 22.3 million U.S. dollars. Compared with various Internet giants and unicorns, the income scale of just over 10 million is “not worth mentioning”, but for most people, this is definitely a huge income.

In 2014, a research report showed that the rate of return on resource websites was extremely high. Among them, large-scale seed websites with more than 5 million unique visits per month have a profit rate of 94.1%. Calculated according to this ratio, Kickass operators can earn tens of millions of dollars a year.

/ For the sake of income, resource websites suspected of “pirating” have embarked on the black road of “Internet hijacking”. /

The report also pointed out that even small seed sites with monthly unique visits of less than 1 million have the opportunity to earn more than $100,000 in advertising revenue in a year, with a profit rate of 85.9%. 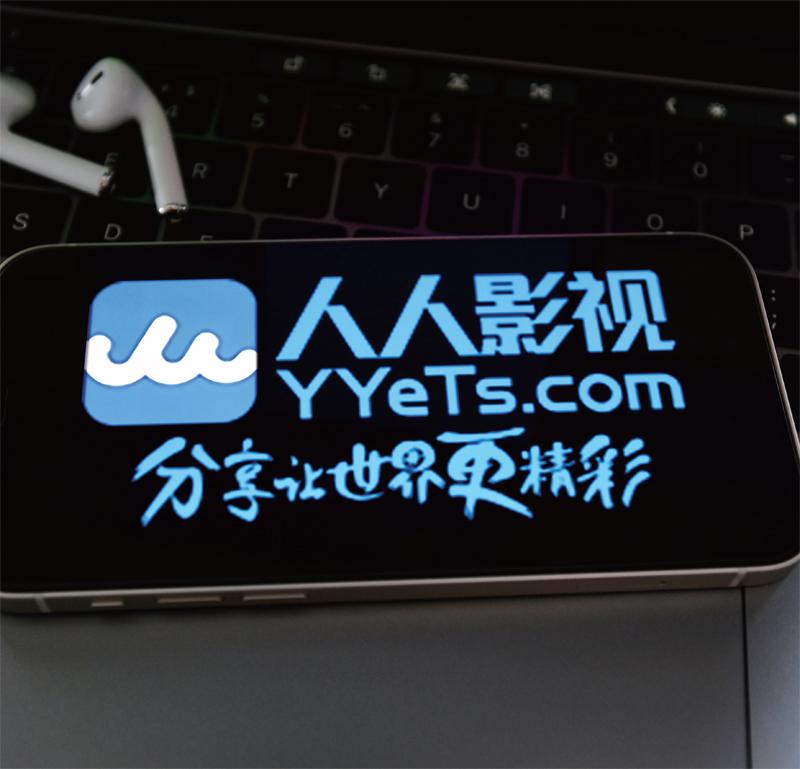 Advertising is the main income method of resource websites, and some are even the only income method. Therefore, the larger the scale of the resource website and the higher the traffic, the more substantial the advertising revenue. Although the founders of The Pirate Bay talked about “sharing is a virtue” and accused large companies of using copyright to monopolize the market, in fact they are also running a huge business when performing “virtue”.

Some websites also try to “add services” to ensure stable traffic. For example, “Bulgaria Compression” (RARBG) has set up a news area to share news from the film and television industry to cooperate with the sharing of its film and television resources.

When the business reaches a certain level, resource websites are not even satisfied with pure advertising revenue. Kickass once set up a page, calling on netizens to use Bitcoin to donate to support the operation of the website.

The “mining” incident in The Pirate Bay in 2017 was even more offensive. Some netizens discovered that visiting The Pirate Bay would cause the occupancy rate of its computer resources to increase significantly. Finally, it was found that the Pirate Bay had implanted programs on its machines and used the computing power of the machines to mine digital currency. For revenue, resource websites suspected of “pirating” have embarked on the black road of “Internet hijacking”.

While pirated source resource websites are struggling to generate revenue, as a subtitle group “downstream of the industry chain”, they are gradually embarking on the road of illegal revenue. Everyone sells hard disks and other operations, even in the domestic subtitle group circle, everyone shouts and beats. The responsible person was eventually arrested and brought to justice. It can only be said that he “always walks by the river, how can I not have wet shoes”.