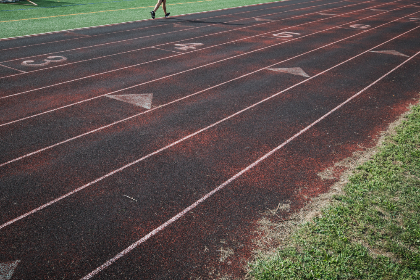 On March 13, Manchester United beat Tottenham hotspur 3-2 at home in a crucial match in the 28th round of the Premier League. The 37-year-old scored a stunning hat-trick.

Among the many post-match comments praising Ronaldo, we noticed that he had contracted the virus as early as October 2020. It was one of the earliest and most powerful strains, and there was no vaccine. However, there seems to be no lingering effects of COVID-19 on Ronaldo.

Of course, some people will say, how can the physique of athletes and ordinary people in the same breath? To use them as examples is to overgeneralize. So the question is, when we talk about how terrible the aftereffects of COVID-19 are, are we using extreme examples from the other side of the equation to overgeneralize?

Recently, a mutant strain of omicron has been rampant in Korea, causing a large number of COVID-19 patients and asymptomatic infections in many places. Under videos and articles discussing the outbreak, the most discussed topic in the comments was the aftereffects. Because this round of the virus shows the characteristics of weak pathogenicity and strong infectivity, so everyone’s fear of it is more focused on the long-term risks brought by infection.

However, as any Internet search shows, the after-effects of COVID-19 in the media are horrifying. These include the predictable after-effects of respiratory problems, as well as some “unintended consequences” that may sound scary. This information has been repeatedly fermented, greatly reinforcing people’s fear of the epidemic.

But is the information about after-effects really that accurate?

To be clear in advance, this article does not wish to offer any suggestions on epidemic prevention and control, but only hope that people can view the epidemic more rationally. We must not trivialize or demonize the epidemic.

What are the known sequelae of COVID-19?

A cursory examination of the Internet’s worries about COVID-19 sequelae reveals that there are more fears than of the relatively common respiratory sequelae, but of something surprising enough that seems to come from the authorities.

Take, for example, a study published March 7 in Nature. A team of British researchers tracked brain scans of people who had suffered from COVID-19 and found that the disease had a certain impact on the brain. By comparison, novel Coronavirus may result in decreased gray matter and damage of brain tissue to varying degrees. Some COVID-19 patients experience conditions including reduced attention, concentration, information processing speed and impaired memory.

Then news spread around the world that the journal Nature had confirmed that COVID-19 causes brain shrinkage. Especially in China, where the prevention and control measures are very high, people’s resistance to the aftereffects of COVID-19 has deepened. After all, fear often comes from the unknown.

In addition to brain atrophy, there are concerns about another possible aftereffect of COVID-19. On January 13, the New York Post published an article about an American man in his 30s who suffered from shortened male genitalia and dysfunction after contracting COVID-19. The article also said that a study from the UK had shown that 5% of adult men had male organ shrinkage following novel coronavirus infection, and 15% had dysfunction.

More than these up-and-down attacks, more studies have confirmed that COVID-19 can cause most of the after-effects of coronavirus infection. For example, in a study published in Nature Medicine in 2021, the team tracked COVID-19 patients after recovery and found that a range of sequelae could occur within two to six months of recovery. Sequelae can occur even in non-severe cases.

Fatigue or muscle weakness was the most common of these early COVID-19 sequelae, accounting for 63 percent; Sleep difficulties accounted for 26%; 23 percent had anxiety and depression; There are also many cases of abnormal chest imaging and impaired lung function.

In general, the after-effects of COVID-19 that we see in the media so far include typical symptoms such as smell and taste failure, fatigue, insomnia, joint and muscle pain, as well as “unexpected” cases such as brain atrophy.

The presence of these symptoms makes COVID-19, with its higher rates of asymptomatic and mild symptoms and increasingly effective treatment, still sound scary. The after-effects of COVID-19 are gathering clouds.

But it’s worth noting that all of these studies basically emphasize one point at the end: there is no systematic, widely agreed research on the after-effects of COVID-19 — a point that the media and Internet users tend to overlook.

What is the doubt?

As a matter of fact, all current studies on COVID-19 sequelae are small samples and highly efficient follow-up observations, which are not worthy of double-blind comparison and large-scale analysis.

This is not because scientists are not working hard, but because the coronavirus is moving too fast and leaving too little time for research. Who’s official definition of a sequelae is a condition that lasts for more than two months and cannot be explained by another illness. To determine the sequelae of a disease generally requires two to three years of systematic research time, and this is still in the case of relatively stable viral disease and clinical manifestations.

However, the novel coronavirus is characterized by rapid development and rapid mutation of the virus. There are also huge differences in health prevention and control levels and vaccination coverage rates across the globe, making it difficult to conduct unified research and measurement. For example, in the early days of vaccine research, scientists could not determine how long a vaccine would last because there was not enough time to observe it. There is also no time to know what effects the different strains of COVID-19 have, whether they are reversible or long-lasting, and how they relate to vaccines and drugs.

In such cases, it is inevitable to fall into the same mistake as “There is no sequelae because of The Hat trick of Cristiano Ronaldo” by referring to some small samples, small-scale studies or even a patient’s self-statement as the basis for discussing sequelae.

For example, a study published in Nature on the possible brain shrinkage caused by COVID-19 was originally scheduled for publication in 2021. This suggests that the study looked at the earliest COVID-19 patients and the earliest strains of the virus. Whether the results of this study would be relevant today is debatable, given that the participants were generally older, ranging in age from 50 to 80, and had not been vaccinated.

And media coverage of the study often ignores the frame of reference. The study suggests that the coronavirus may cause 2 percent of brain shrinkage over the course of a year, which sounds pretty scary. But this age group actually shrinks by about 0.3 percent per year, even when they are healthy. The rate of brain shrinkage caused by alcohol abuse, trauma, chronic diseases and stroke is much higher than two percent. It doesn’t seem so dramatic by comparison, does it?

Another possible wrinkle in COVID-19 sequelae research is recall bias. In a study published in Andrology in March 2021, a team from The University of Rome II compared 100 men who had COVID-19 with those who did not, and found that men with COVID-19 were more likely to have dysfunction. But the study was conducted using an online questionnaire. It has been suggested that after suffering from a disease, men tend to believe that some of their organs are smaller and less functional than before. This is some sort of psychosocial phenomenon that may not be sufficient to indicate the impact of COVID-19.

When we judge the prevalence of sequelae based on patient self-statements, we often have a problem: there is a survivor bias in these statements. Because only those patients with particularly severe sequelae will come forward. If it is not serious, they have already lived a normal life. Those who play football normally do not repeatedly talk about having COVID-19, which ultimately leads to the public’s lack of understanding of the integrity of sequelae.

In short, systematic research on the sequelae of COVID-19 needs to be further studied, and it will take more time to analyze. It should not make us less protective of the enemy, nor should it demonize an already difficult adversary.

Beware of the nocebo effect

In 1961, Walter Kennedy, an American doctor, coined the term nocebo effect. In the decades that followed, the effect was tested in numerous medical experiments. Most people know about the placebo effect, which is when you give a patient a hint and tell them it works, it usually does. But the placebo effect also has an evil twin, which is telling a person something is bad, and as a result, causing them to get hurt in fear and worry.

Because of the nocebo effect in-depth research, such as its fatal, pathogenic, have broken through medical ethics. So nocebo is far from well understood. Some studies have suggested that the nocebo effect may drive changes in the prefrontal lobe of the brain, but more see it as a classic case of a psychological state leading to physiological changes.

In the 1970s, there was a famous case of misdiagnosis of liver cancer in the United States. A patient named Sam Shuman was diagnosed with liver cancer and died a few months later. But at autopsy, it turned out that his tumor was too small to have spread. The man was in good health except death.

Psychological factors of infectious diseases are difficult to exclude from pathological factors, and many COVID-19 patients have reported sequelae of anxiety and depression. It is hard to say whether it is the aftereffects of COVID-19, or the discrimination and hostility surrounding it, or the concern over one’s own body that has caused the nocebo effect.

Exaggerating, exaggerating and even demonizing the after-effects of COVID-19. In particular, it is groundless to insist that the aftereffects of COVID-19 can affect fertility and IQ, and that even mild cases can have aftereffects. In essence, it is unfair and discriminatory to those who have been affected by COVID-19. This amplifies their psychological barriers and exposes them to very unfair treatment. For example, Baidu has a recommended search for “Will your boyfriend break up after COVID-19?”

If such sentiment spreads further, it may increase unnecessary rejection of close contacts, potential infections and asymptomatic infections, and even trigger social panic, which in turn may interfere with the scientific nature of epidemic prevention policies.

In the face of the global epidemic, psychological factors are by no means ground-up, and there should be no demonizing thinking that “it is better to believe them than to kill them.” Every word we say reflects back on others. Every unnecessary fear we have is magnified online.

In dealing with COVID-19 and its aftereffects, perhaps as Dr. Zhang Wenhong said, eliminating fear is the first step to conquering it. 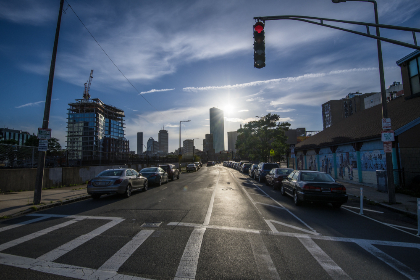 I want to be a beacon to you 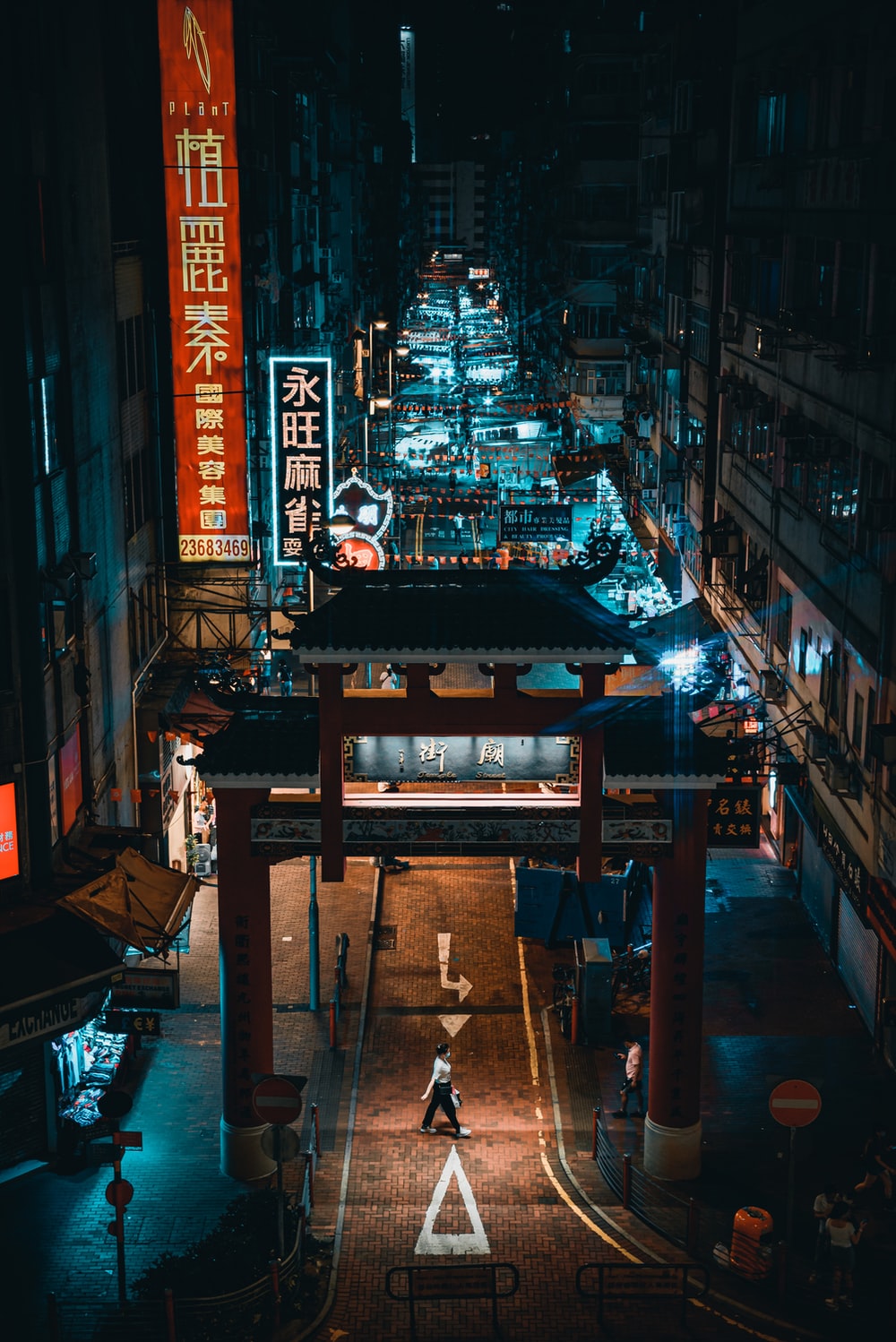 If we encounter aliens, how do we communicate with them? 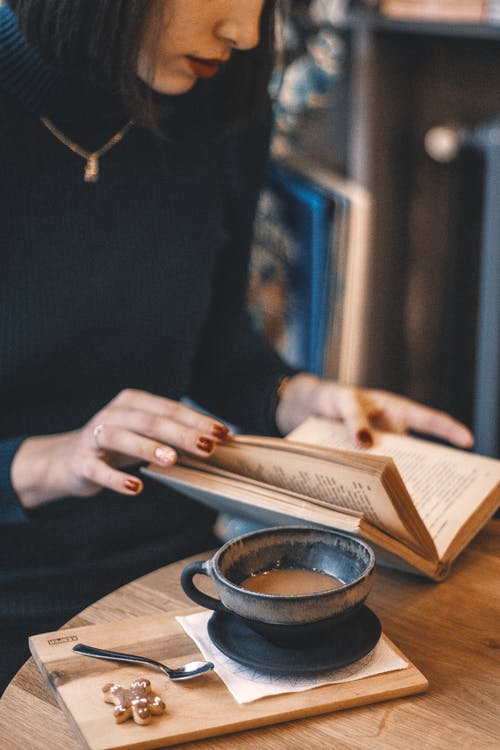 Fintech corporate governance and supervision are different from traditional banks