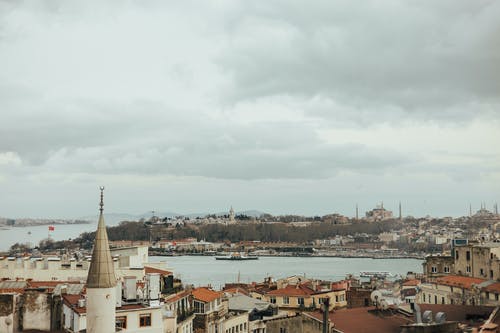 95-year-old Hong Youmian can be called Taiwan’s “international brand grandma”. 75 years ago, she and her husband Hong Jianquan founded Taiyo Tang Records and Lampang Electric; later, she established a joint venture with Konosuke Matsushita, the god of Japanese management. Retired at the age of 12 and wrote a family history record in Taiwan.
Her eldest daughter-in-law, Jian Jinghui, founded the Hong Jian Full Text Education Foundation, the pure literature magazine Book Review Bibliography, and served as the executive director of the Taiwan Literature and Art Foundation. She is another legend of the wealthy daughter-in-law.   Hong Youmian, a 95-year-old who has lived and made his

fortune for 50 years, still insists on living alone in the International Electrochemical Building, guarding the fortune of this “International Brand” (now renamed Taiwan Panasonic).
The small bedroom is connected to a small living room, her desk is placed at the door, the main entrance of the living room leads to the office, and another door in the bedroom connects the dining room and the kitchen. There is a large round table in the dining room. For 50 years, the Hong family has eaten here at noon.
A few years ago, Grandma’s room was redecorated by Grace, the wife of the eldest grandson, Hong Yuyuan, who studied architecture. The colors were chosen by Grandma’s favorite, wood decoration, old-fashioned well-shaped ceiling, and light rose wallpaper. .
Grandma has always advocated that “the daughter-in-law must be able to do things and help her husband’s career.” The Hong family’s family motto is: the housework is done by a servant, and the daughter-in-law does not need to do it, but she has to go to work in the family company.
This eldest daughter-in-law was chosen by herself. Hong Youmian and Jian Jinghui’s mothers are not only distant relatives, they are both from Zhonghe Fangliao and have known each other since they were 18 years old. Hong Youmian was an apprentice tailor in Zhonghe, and Jian Jinghui’s mother lived in Wanhua, separated by a fresh water river. Before marriage, Jian Jinghui’s mother often took a piece of fabric and went to Hong Youmian in the morning to make clothes while chatting. When it was dark and it was time to go home, the clothes were ready.   After graduating from the History Department of National Taiwan University, Jian Jinghui wanted to go to graduate school in the United States. Her mother asked her to detour to Japan and have a blind date with Hong Minlong

, who was studying in Japan.
After only one week in Japan, Jian Jinghui decided on her lifelong event. After more than 20 years of marriage, she told the whole story: “Actually, at that time, I thought my aunt was very good, and Min Long looked very similar to my aunt.”
In fact, not only did Jian Jinghui take a fancy to her mother-in-law who was kind and easy to get along with, but the Hong family wanted to help the eldest son find a capable daughter-in-law. Jian Jinghui is a well-known homework “Qiaoqiao” boy among relatives and friends. She wanted to be a teacher since she was a child, and she really became the teacher of Hong Mintai, the fourth child of the Hong family, when he was a junior high school student! So when Jian Jinghui returned from studying abroad with a master’s degree, Hong Jianquan immediately asked her to work as a financial manager in a family business and practice being a proprietress. Jian Jinghui said: “My mother-in-law does the bills every day, and I have to help her when she goes away. It’s very scary. I died of pain.” The interaction between the two of them is very good. A bickering mother and daughter.

Dealing with Husband’s Extramarital Affair Calmly For the
older generation of Taiwanese entrepreneurs, it is common to have three or four rooms, and the Hong family is one of the exceptions. It is inevitable for businessmen to make plays when they socialize outside. What tricks does Grandma have so that these “wild operas” can’t be played at home?
Jian Jinghui said: “In addition to solving the problem with money, the most important thing is to respect others.” It is understood that Hong Jianquan’s past flowers and plants were all solved by grandma; facing women outside, grandma did not have any relationship with him. The husband was noisy, but he didn’t make it a big deal, and “settled it up” smoothly, taking care of the husband’s face.
When Jian Jinghui was young, Hong Minlong had a car accident. When she rushed to the scene to deal with it, she found that there were two other women present. She sued her mother-in-law angrily, but Mama only told her: “Yapa used to be like this too.” On the spot, she taught “the way to control a husband”.
The low-key Hong Youmian, when faced with the conflicts and problems in life, knows how to make things happen slowly, not only as a “wife”, but also as a “wife”. From the day she became the proprietress, she kept the accounts every day and held financial power. Important negotiations with Japan’s Panasonic, Hong Youmian is also not without service. She kept her mouth shut at the table, gave Hong Jian a face, and returned to the hotel in the evening to analyze it for her husband. When Hong Jianquan wanted to sign the sales rights with Panasonic, the couple went to Japan to negotiate the terms of the contract with Panasonic. Let’s talk in two days.”
Hong Jianquan did as his wife said. After packing his bags and returning to the hotel, the Japanese representative went to the hotel the next day and resumed negotiations. Finally, Hong Jianquan signed the agency and established Taiwan Panasonic, laying the foundation for the “international brand” Hong family. Therefore, Hong Jianquan once publicly said: “Without Hong Youmian, there would be no international brand.”

The wealthy daughter-in-law learned to let go
”The most painful time in my life was when Minlong passed away. If the most important person to me in this world is gone, what else is there to care about? Women fighting for power and intervening in family disputes will make things worse. Disgraced and ugly.” Jian Jinghui chose to give up her role in the family business and turned to run the foundation.
Regarding the way of raising her children, Jian Jinghui also chose to let them develop freely. “My father-in-law is a very strong person. My husband has always been unhappy. He doesn’t like what he does, but he is forced to do it.” Jian Jinghui sighed, caught in the expectations of the unhappy husband and her parents-in-law. During this time, Jian Jinghui was also under a lot of pressure. “My son is much better off than his father. I let him develop freely and do what he likes.”
After Hong Jianquan and Hong Minlong passed away, the Hong family changed news one after another. , First, the fourth eldest Hong Mintai left to create another Tairui, and fought against the Hong family’s Proton. Then Tairui Electronics was not well managed and sold it. Hong Mintai was confiscated due to tax arrears, and there was a family dispute in which he sued his two brothers.
”When my mother-in-law was in the hospital, Mintai also visited her, and he sat silently in front of the bed to accompany her.” For Hong Youmian, this may be the answer to everything.
”My mother-in-law is 95 years old and has let go. I am 70 years old and let go.”
Hong Youmian, with white hair, has a few strands of newly grown hair that turned black, and her smooth cheeks up, his eyes twitched with a smile. “Grandma, who is this?” Everyone rushed to take the old photos to Hong You Mian to recognize, she recognized it all at once, but couldn’t recognize it all at once; the story of the years already had its own time order in her mind, no longer It looks like it used to be.
But there was one thing Grandma remembered clearly. “Ma’am, what’s the company number?” Hong Youmian immediately read out a series of numbers.
It really is an “international brand grandma”! 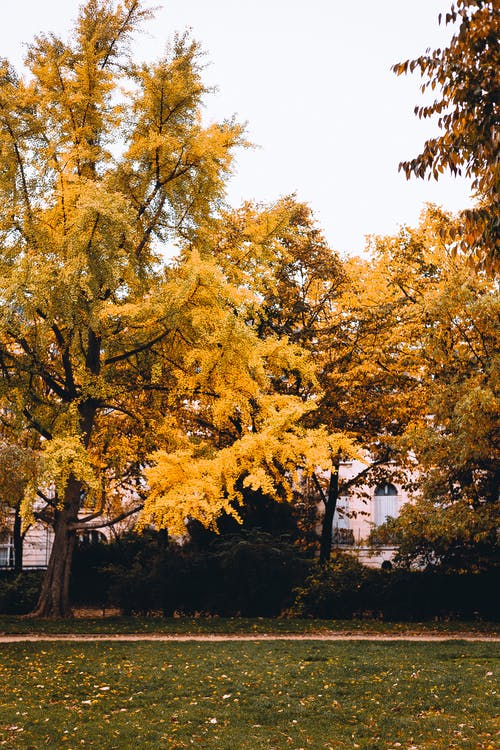 Under the epidemic, the problem of global child marriage is serious 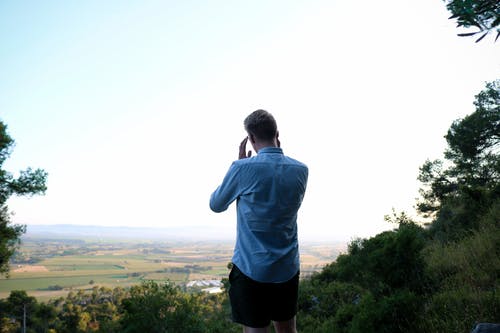 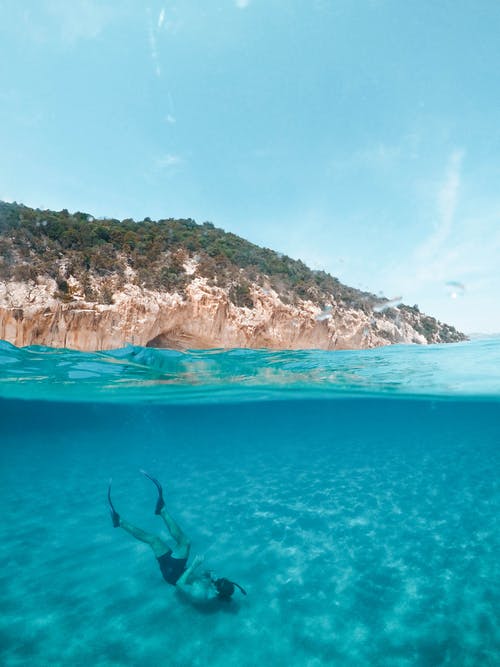 Where did the first virus come from?