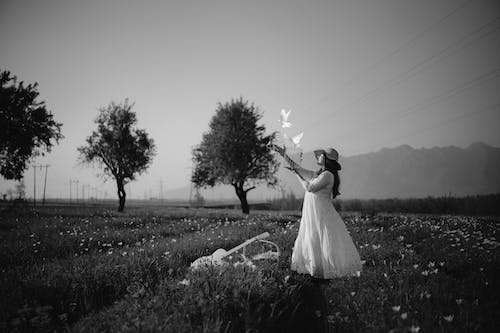 On October 31, Beijing time, Dustin Johnson made his last putt into the hole. He clenched his fists, smiled and waited for the crazy celebration after the game. In just half a year, he earned more than 35 million US dollars in bonuses on the course ! The average income per shot is over $20,000!
You know, the money is only earned from his 8 games, not counting his rumored $125 million “signing fee”.
These incomes have nothing to do with the PGA Tour (PGA Tour) where Dustin Johnson has worked for more than ten years, and are all thanks to a brand new tour.
What is LIV Golf?

The LIV Golf Invitational Series is a brand new golf professional tour in 2022. The funder behind it is the Saudi Arabian Sovereign Wealth Fund, which is one of the largest funds in the world and manages more than US$500 billion in funds.
Legendary golf star and Australian Greg Norman (Greg Norman) has been appointed as the operator of LIV Golf. In June this year, the first match was held in London. A total of 8 games were held in the first season, and the first 7 games had a single-stop bonus of 25 million US dollars, and the total bonus was as high as 255 million US dollars.
In contrast, the PGA Tour, the most influential golf professional tour in the world, will have more than 40 games in 2022, with a total prize money of 427 million US dollars. In terms of prize money for a single race, the PGA Tour flagship event – The Players Championship has a total prize money of 20 million U.S. dollars and a champion prize money of 3.6 million U.S. dollars, both of which are lower than LIV regular events (a single station total prize money of 25 million U.S. dollars and an individual championship prize money of 4 million U.S. dollars. Ten thousand U.S. dollars).
The deep imprint of money is the consistent style of Middle East capital to participate in sports projects, such as investing in football clubs, and the LIV Golf Invitational Tournament is no exception.
With money, many things can be done beautifully. Participating in LIV events, caddies also enjoy a lot of benefits. In the past, on the PGA Tour or the European Tour, caddies paid for food and lodging out of their own pockets. Here at the LIV Invitational, everything is free! Delicious and delicious!
Let’s take a look at the bonus income of the LIV players, which may more intuitively reflect the “economic strength” of this local tyrant tour: the 16 players who participated in the final of the eighth team championship all earned more than 2 million US dollars in season bonuses. Pat Perez earned $8 million in seven games, more than the sum of his PGA Tour bonuses in the past five seasons; times more…
disruptor of tradition

”We are a more lively golf.” Golf has always been known for its tradition and etiquette. LIV defined itself as a “disruptor” as soon as it came up with the slogan, challenging the tradition—
for example, the traditional golf competition is 72 holes The four-round competition system; while LIV golf only plays 54 holes for three days (“LIV” is the Roman numeral 54).

There are only 48 lineups for each LIV golf game, and each participating player can get a lot of bonuses.

On June 11, 2022, Hertfordshire, England, the scene of the LIV Golf Invitational

In traditional golf tournaments, all players tee off on the 1st and 10th holes, and the players tee off in turn according to their respective starting times; while LIV Golf advocates that all players tee off at the same time on the 18th hole.
In most professional golf tournaments in the past, the participating lineup usually exceeds 100 people. After two rounds, there is a cruel “advancement line”. Players outside the promotion line will be eliminated and cannot participate in the next two rounds. Can’t get it either. However, LIV Golf has only 48 players in each game, and each participating player can get a lot of money, so there is no pressure to advance.

In order to obtain world points, many LIV players can only participate in some events of the European Tour or even the Asian Tour.

In addition, LIV Golf also introduced the concept of team competition. LIV Golf allows players to wear shorts in the main game (the PGA Tour and European Tour only allow players to wear long pants), and allows players to use rangefinders. These small details are very different from traditional tours.
In addition to the competition, LIV Golf has also made great efforts. After the race, a podium for the championship, runner-up and third place was set up similar to that of an F1 car. Fireworks, champagne… It was so lively. On nights during the event, fans in attendance can also enjoy live performances by big names such as the Chainsmokers, Jason Derulo, Jessie J and James Morrison.
The “self-introduction” on LIV’s official website reads: Our mission is to promote professional golf, make it more modern, and provide more opportunities for players and fans.
Enraged “Big Brother”

The United States is the “big brother” of professional golf. More than half of the top 10 men’s world rankings are “Uncle Tom”. Three of the four major championships are held in the United States. The tournament is the PGA Tour.
—All of these have undergone subtle changes after the birth of the LIV Invitational.
LIV came to the PGA Tour with a huge checkbook. LIV “founding member” Phil Mickelson is rumored to have received a signing fee of $200 million, and the “transfer fee” of former world No. 1 Dustin Johnson and 2022 British Open champion Cameron Smith also exceeded $100 million.
These exodus stars were once the PGA Tour’s box office guarantee. How can the PGA Tour sit idly by? Headmaster Jay Monahan immediately announced that players participating in the LIV competition will be suspended indefinitely by the PGA Tour. It’s irreconcilable!
The PGA Tour put pressure on some of its sponsors, and several sponsors announced the termination of their contracts with players who switched to LIV.

The players also quickly divided into two factions: one faction, headed by Woods and McIlroy, firmly supported the PGA Tour. It is said that Saudi tycoons spent hundreds of millions of dollars but failed to hire tigers. One group is represented by Mickelson and Dustin Johnson, a gentleman loves money and gets it in a proper way. Professionals can be blamed for choosing different tours for prize money.
When the opening game of the LIV Golf Invitational started in June, there were only a few big-name players joining, and more veterans like Poulter, Westwood, and Kaymer, who had passed their prime years, were well-known and competitive. It is an indisputable fact that the state has begun to decline.
Slowly, more and more mature PGA Tour stars joined, such as Bryson DeChambeau, Joaquin Niemann, Ibraham Ancer, Brooks Koepka, Patrick Reed… …While Cameron Smith won the British Open on the front foot, the switch to LIV on the back foot was the most shocking.
On the PGA Tour side, in addition to banning players, it has also begun to change the original competition system and increase the prize money of some competitions to stabilize the big-name players who are constantly poached.

Cameron Smith at the LIV Golf Invitational on October 30, 2022 in Miami, USA

From the point of view of public opinion, the PGA Tour’s attack on the LIV Invitational Tournament is only based on the human rights of Saudi Arabia, the sponsor behind it. There is not much to blame on the tour itself.
swinging european tour

Money is not everything, and the bosses of LIV also have troubles. The most difficult problem is the problem of world points. Since the LIV event has just been established, and the World Points Organization has an inspection period for the tour, there are no world points for a total of 8 events in the first year of LIV.

One of the two parties has a tough wrist, and the other is not short of money, and they will continue to be tough.

September 18, 2022, the final day of the European Tour Italian Open

For professional players, the world ranking is their passport to the Grand Slam and World Championships. These tournaments are the highest stage to prove a player’s competitive level. In addition to the world rankings, only extremely strict conditions such as former champions can guarantee players to appear in the Grand Slam.
Since the organizer of the major golf tournament has cooperated with the PGA Tour for a long time, the former’s attitude towards LIV players has also attracted a lot of attention. Grand Slam tournaments will not suspend LIV players for the time being-provided that the players themselves are eligible to participate, and “qualification” is still based on points.
LIV thought of a “curve to save the country” approach: by subsidizing a small tour with world points – the Middle East and North Africa Tour, allowing players to participate in order to obtain world points.
But this idea was rejected by the World Points Organization on the grounds that the Middle East and North Africa Tour had not been reported in advance, so it could not be done as it was said. In order to obtain world points, many LIV players can only participate in some events of the European Tour or even the Asian Tour.
There are also good reasons for the World Points Organization to reject LIV’s application. In theory, the inspection period for a new tour is two years. In addition, the current number of LIV events is less than 10 games per year, the player qualifications are all “invited”, and there is no promotion line for the game, etc., which are not in line with the requirements of the World Points Organization.
”The current world ranking, if it doesn’t include all tournaments and all players, is an inaccurate world ranking,” said LIV player Na Sang-wook. His implication is that it’s unfair that LIV players don’t have world points.
In any case, the wait for LIV players will extend until 2023.
For or against?

From the moment LIV was born, it has received as much attention as it has controversy. Even the fans are divided into two distinct factions.
Fans who support the LIV event believe that this event has broken the monopoly of the PGA Tour, and competition has made the development of golf more benign. Players and fans also have one more choice.
Opponents believe that LIV’s game is full of copper stink, players are just going through the motions, there is no pressure to advance, no fighting spirit, and the original competitive nature of the golf tour has been lost.
In addition, how long the money can last is also a question. Some Chinese fans even compare it to the Chinese Super League. When the capital is withdrawn, will it be a mess?
LIV Golf released its 2023 event plan with 14 games and $405 million. Compared with 2022, the number of games and prize money has increased significantly. At the same time, they are looking for a TV broadcast partner in the United States to expand the influence of the event.
The tit-for-tat confrontation between the PGA Tour and LIV has caused many problems. Many bigwigs in the industry have come forward to express their views, hoping that the two sides will sit down and negotiate to see if there is any possibility of cooperation or relaxation.
Judging from the current point of view, one of the two parties has a tough wrist and the other is not short of money, and they will continue to be tough. Norman revealed that LIV is “going after” seven heavyweight players. Needless to say, these players are the hallmarks of the PGA Tour.
In the new year, there must be some PGA Tour stars coming to LIV. The battle between the two major tournament organizations has only just begun. 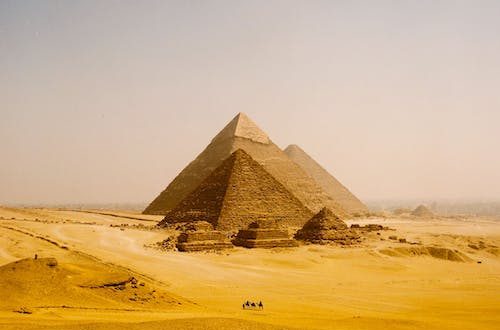 What kind of country is Qatar? 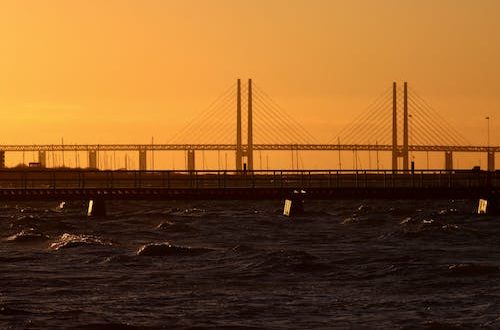 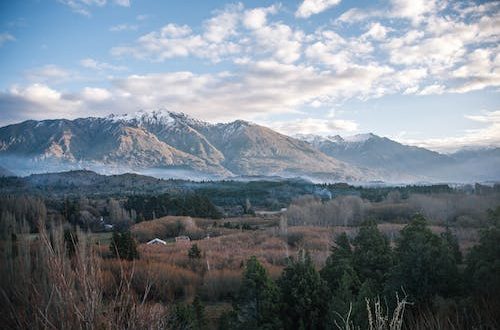