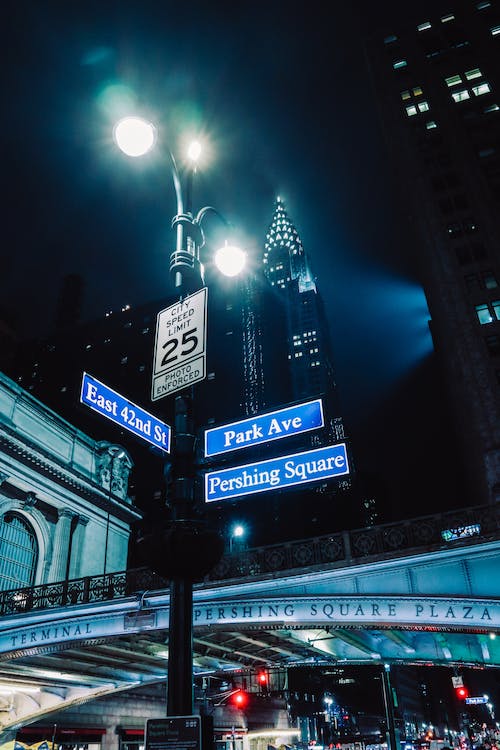 ”Whoosh—”, a sharp arrow flies past your ear. Countless half-orcs suddenly appeared from the dense pine forest on the mountain. They roared and rushed down the mountain, scaring you to close your eyes quickly.
When I opened my eyes again, the surrounding area turned into green and continuous low hills. On the hills, there were small spherical holes, with half-person-high wooden doors at the entrances, and smoke from cooking smoke floated from the top of the hills.
While you were wondering, a loud roar suddenly came from behind you, which made you stagger and fall from the sky. Just at this time, a blue giant comes flying on a giant dragon, you struggle and jump towards the red phantom…
You don’t need to read countless movies, you can probably guess that these three scenes are from “Lord of the Rings” “The Hobbit” and “Avatar” three movies. The main locations or screen inspirations of these famous movies all come from a dreamy continent – New Zealand.
westerly fjords

New Zealand is located in the southwest Pacific Ocean. It consists of two large islands, the South Island and the North Island, and more than 700 small islands.
In theory, New Zealand is an independent continent. It was gradually separated 160 million years ago as part of the continent of Gondwana. It is now located at the junction of two major plates, the Indian Ocean plate and the Pacific Ocean plate. The extrusion of the two major plates created the long and narrow island today. The North Island is relatively low, and the central part of the South Island is a huge mountain range – the Southern Alps, with many peaks over 3,000 meters above sea level. Its main peak, Mount Cook, is 3,754 meters above sea level, the highest peak in New Zealand.
Plate movement makes New Zealand volcanic activity frequent, with more than 50 volcanoes. The Taupo volcano in the central North Island is a large volcano that is still active. Its last eruption was the largest volcanic event on Earth in the past 70,000 years. Active volcanic activity has also brought many wonderful geothermal landscapes and abundant hot springs to New Zealand, and some areas are still using geothermal resources for power generation and heating.

”The Lord of the Rings” and subsequent films have created a new high-tech industry in New Zealand – film post-production.

New Zealand is affected by the mild and humid westerly wind all the year round. The westerly wind is just perpendicular to the north-south mountain range. Therefore, the windward slope on the west side of the mountain range has abnormally abundant precipitation. There are a large number of glaciers on the top of the mountain, covering the mountains like white clouds, which is why New Zealand is known as the “Land of Long White Clouds”.
The movement of glaciers has eroded the top of the mountain into sharp edges and corners. The ice tongue of the glacier moves along the valley, eroding the mountains into huge canyons. The canyon goes deep into the sea, forming a spectacular fjord scene.
On the other side of the mountains, the westerly winds that have been squeezed dry form downdrafts, resulting in relatively little precipitation on the eastern slopes of the mountains. Compared with the cloud-shrouded west side, the sun here is much brighter, the hillsides are covered with bushes, and the narrow coastal plains are densely covered with grasslands. This is New Zealand’s vast pastures.
New Zealand is rich in resources. Historically, it has gained a lot of income from the extractive industry. Later, relying on its vast forests and pastures, it exported a large amount of agricultural products such as wool, dairy products, meat and timber. Today’s economic development in New Zealand relies more on innovative industries, and the film industry is one of its key industries.

The main peak of the Southern Alps – Mount Cook

The town of Matamata, where Hobbiton was filmed
Efficient free advertising for The Lord of the Rings

The development of the film industry in New Zealand has been dramatic. Before the advent of “The Lord of the Rings”, people’s impression of New Zealand was probably just: a remote country with strange-shaped islands, full of sheep, and a legend that New Zealanders can get ten sheep. However, when the Fellowship of the Ring embarked on their journey in 2001 and the camera panned over the misty mountains shrouded in mist, New Zealand became Middle-earth.
On Mount Victoria on the outskirts of Wellington, people can find the path where Frodo hid from the Ringwraiths outside the city of Shire, and as if Rhodo shouted “get off the road” and jumped off the roadbed. Visitors can also drive south from Auckland to the small town of Matamata to find the verdant pastures, where Hobbiton’s filming location is hidden.
Such a temptation is irresistible for movie fans, and it is for this reason that “Lord of the Rings” has become an efficient and free advertisement in New Zealand. Visitors to New Zealand jumped by 40% in the five years after The Lord of the Rings was released. Today, even though it has been more than 20 years since the release of the first “Lord of the Rings”, nearly one-fifth of tourists set foot on New Zealand because of this movie.
”The Lord of the Rings” not only handed New Zealand’s business card to tourists, but also to directors all over the world: towering mountains, rolling glaciers, magnificent fjords, roaring waterfalls, dense pine forests, golden pastures, sheep, etc. Groups flutter like white clouds in the sky, and the blue sea beats on the long black sand beach; after nightfall, under the Southern Cross, strong Maori men dance haka dances around the bonfire; , like white fireworks…
These dreamy scenery, looking around the world, can only be found in New Zealand. This is the perfect setting for movie dreams. What’s more valuable is that there are often only a few hours’ drive between these beautiful scenery, which greatly speeds up the progress of filming and perfectly solves logistical problems. So after “The Lord of the Rings”, movies such as “The Last Samurai”, “King Kong”, “The Chronicles of Narnia”, “X-Men: Wolverine”, “The Hobbit”, “Alien: Covenant” and other movies have come here to shoot scenes.

When the epidemic was at its worst in 2020, New Zealand blocked its borders, but gave Cameron the green light alone.

After The Lord of the Rings, Weta Digital won another Oscar in 2009, this time for its support of Avatar.
Some of the real-life elements of “Avatar” were filmed in Wellington, the capital of New Zealand, and the local film and television production company Weta Digital was responsible for creating the special effects scenes of this sci-fi epic. James Cameron opened up a new fantasy world with “Avatar”, and “Avatar” also became the box office champion of global film history. This record was broken by “Avengers 4” many years later.

Cameron’s relationship with New Zealand predates filmmaking. As early as 1994, Cameron was stranded on the South Island of New Zealand due to flight delays on his way to Antarctica. “I rented a car and started driving around the South Island. It was great. I had a really good time.” Cameron described New Zealand as “a country I like”, the scenery here is both familiar and beautiful. Exotic and very similar to his small town in Ontario, Canada—glaciers, fjords, and eels.
He believes that the sensory stimulation brought by the natural environment here “creates a real connection with people”. It was also from this year that Cameron began to write the script of “Avatar”. In the special effects screens of the first “Avatar”, New Zealand’s mountains and waterfalls, forests and fireflies and other scenery, as well as the unique Maori culture are all reflected. And “Avatar 2”, that is, “Avatar: The Way of Water”, has continued to use many local elements in New Zealand, and the live-action pure real shooting was also completed at Weta Studio in the outskirts of Wellington.
After “Avatar: Way of Water”, Cameron plans to shoot all three sequels of “Avatar” in New Zealand. Among them, “Avatar 3” is expected to be released in 2024, and the filming location is Glenorchy, the main filming location of the “Lord of the Rings” trilogy. It is located in the South Island of New Zealand, not far from Queenstown.
However, the filming of “Avatar: The Way of Water” can be described as twists and turns, with several delays. When the epidemic was at its worst in 2020, New Zealand blocked its borders, but gave Cameron the green light alone. It can be seen that the New Zealand government attaches great importance to Cameron and the “Avatar” series, which can be regarded as a two-way rush.
In order to support the development of New Zealand’s film industry, the New Zealand government launched the “New Zealand Film and Television Project Grant” program. Taking the four sequels of “Avatar” as an example, the film company received more than 100 million US dollars in subsidies, and about 2,400 New Zealanders participated in the production of the film.
The prosperity of tourism and film and television industry has found a new direction for the development of New Zealand. Today, Wellington Airport also displays a giant statue of Gollum. Perhaps in the not-too-distant future, a statue of Avatar will be erected here. Those who make dreams will eventually be sought after by dream chasers.
It has been 13 years since “Avatar” was released, and the world has undergone tremendous changes in the past ten years. The transformation is not only reflected in the iteration of film technology, but also in the fact that the conflicts in the Avatar world are also happening on the planet where humans live-people are increasingly lacking reasons to go to the theater.
The release of “Avatar: The Way of Water” is undoubtedly good news for theaters that have been sluggish due to the impact of the epidemic and the impact of streaming media. Maybe it can bring many people back to the long-lost theater like the previous one, and experience the dream transmitted from the isolated dream world in the middle of the ocean in a three-hour dream. 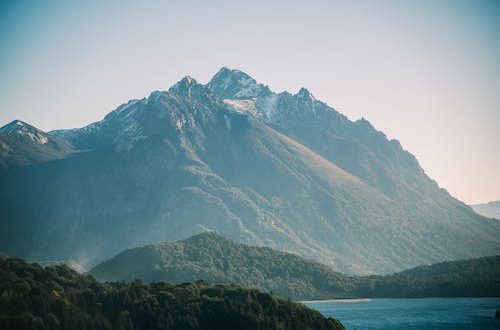 See how black holes give birth to life 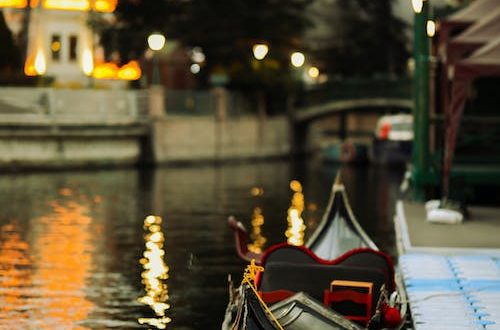 The cultural connotation of the ring 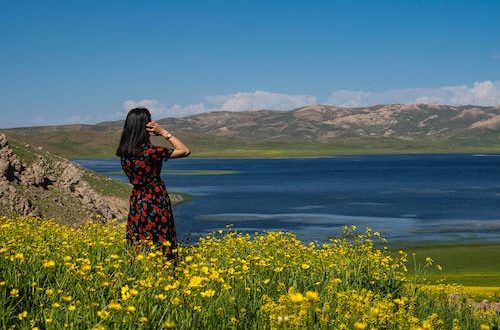