I was in New York last year, and I went to Iowa. In the March season, the Midwest is still in the long tail of winter, and the wind is blowing from the Iowa River, which is very steep. However, the picture in front of me was very bright, always at 3 or 4 o’clock in the afternoon. The window of the Mayflower apartment showed that a rowing boat passed through the backlight, and the silhouettes of the paddle boys were gilded with gold. That is mine The sight of Iowa will never disappear. On the other side, there are rolling grass and woods, which stretch over and are endless corn fields. The sky is vast without borders, and continues to the horizon. Farther away, I saw the Mississippi River, and the vegetation on the banks reflected the river’s water into yellow and green, which was extremely rich. From Iowa to Chicago, New York, and San Francisco, only then did we know that we are from the country and are countrymen. I am fortunate that I went to the United States for the first time, and I went to the hinterland of the United States. There are some more essential lives. The most typical elements are collected in a central vortex with the progress of the trend, leaving them in the same lagging behind. Underneath the surface, the origin and destination are actually hidden.

I went to Iowa for the first time in 1983 and once in 2001. There is a pedestrian street in the center of the town, which has been slightly expanded. It is said that it will remain the same or change. It is just the pace of the larger world, which is much slower, just like time. It took a long time to accumulate a little difference. Going back in 2016, the school was expanding, and a concert hall was erected by the river. Once the river flooded and collapsed the river bank, changing the terrain and landforms. So, we buried old buildings and gave birth to new buildings; at that time we often went to shopping supermarkets No longer, instead of a car repair shop; the city center continues to spread around, restaurants, bookstores, cafes, fashion factors infiltrate into it, it does not appear backward, but rather avant-garde, obviously, the original strength is enough for it to grow and Evolution; with the light of the city at night, cars flow silently under the street lights, and the tranquility in Shino covers the market more broadly. This is a big change in change.

The Mayflower Apartment is still there, a few steps forward, a fork in the road, and after a steep turn, I saw the two-story red wooden house, still Hualing’s smile and hug. Walk in, on the wall next to the stairs, the various masks collected by the owner are still there, across the living room, which is the terrace, the trance room, a family of friends and relatives, a large colorful balloon floated from the roof, and the people in the hanging basket waved. This is the first face of Iowa, the expression of the innocent and proud New World. The “International Writing Project” is still there, and there is an independent small building, which was originally an office in the administrative building. The “plan” has gone through a low period, and it is moving forward vigorously. The world is moving towards globalization, and regional differences are shrinking, especially for us, mainland China. In 1983, writers from many countries, Jamaica, Nigeria, Turkey, and Mexico, were more knowledgeable and calmer than us—they entered globalization earlier than we did. In this fate, there are both lucky and unfortunate elements.

And I, the first time I went abroad, the first time I had a passport, the first time I took an international flight, the first time I went shopping in a supermarket, the first time I walked into McDonald’s and KFC, and I ate pizza for the first time-in our translation novel Here, it is called Italian shortbread, the first time I used a cheque, the first time I touched modern dance on the spot, the first time I watched the movie “007”, the first time I listened to Elvis… Modernity is comprehensive in the corner of the world in Iowa Staged, rushed in the face, it was really unstoppable. However, another kind of more vivid and concrete people and things come together and cover the horizon, that is, living in the “International Writing Project”. To a certain extent, the writer is like a prophet, who perceives danger in advance, so he is melancholic, and at the same time, he secretly expects and expects things to change in the direction they should be. It does not seem to be deliberately done. On the contrary, on this day when we temporarily leave the country, everyone has a mood to drink and sing in time. We dance in the corridor and the music is loud; we go to the countryside to barbecue and play volleyball; we Go to the farmhouse to eat corn and drink home-made sweet wine; we drove to Chicago and listened to the blues one night after another, but it was sad, before we lowered our brows. The writer is such a human being. The writers gather in one place, which is happiness plus joy, sorrow plus sorrow. This is the case of the “writing plan”. This special kind of human being is circled, and it’s enough to be happy and sad enough.

Iowa’s swings on the green grass, wooden tables and chairs, and fishermen fishing by the river. In autumn, green to red, yellow to gold, and the horizon to blue and green. The students are busy with the semester exams, and travelers start to feel homesick. Migrating migratory birds, the shape of “one” or the shape of “person”, which shows the height and distance of the sky, and the void. After the corn field is harvested, the grains are returned to the warehouse. When they came here in October 2001, the fence of the farm wrote in English: God bless America! The history of the New World has opened a new chapter. The world is in turmoil. Even Iowa is affected. However, on the terrace of the Hualing family, from time to time, there are people who talk about it, talk about poems and novels, and people and things in gossip, which sounds unrelated, but here and there, there is a share Undercurrent, trying to get closer to the established trajectory, that is daily life. Just like in the theater on Broadway in New York, the Phantom of the Opera House said to the audience: We must live well! In such a special moment, life becomes a declaration. Iowa has never been left behind. Iowa has never been left behind. It is a corn field with a harvest, bushes with flowers and flowers, rivers that rise and fall, and the “International Writing Project”. Every autumn, writers Here came, with the luggage and the draft in writing, his own language and snacks from his hometown, the herd of deer in Nie Hualing’s backyard also came. It seems that it is still the same group, in fact it has been replaced.

In 2016, I came to Iowa again. Hualing took me to the graveyard in Oak Cemetery. The person lying under the tombstone was the founder of the “International Writing Project”, the collector of the mask on the wall of the small building, and it was for the backyard. Deer herd feeding people. Later, I learned that that year, I came to Iowa with my mother Ru Zhijuan. The people under the ground said that this child is very young, and we want her to see more and see the world more. This man is the American poet Paul Angel, I will not forget him!

View all posts by topmed 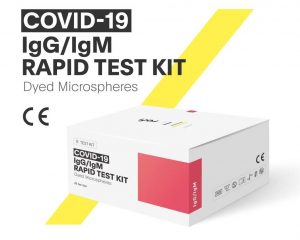